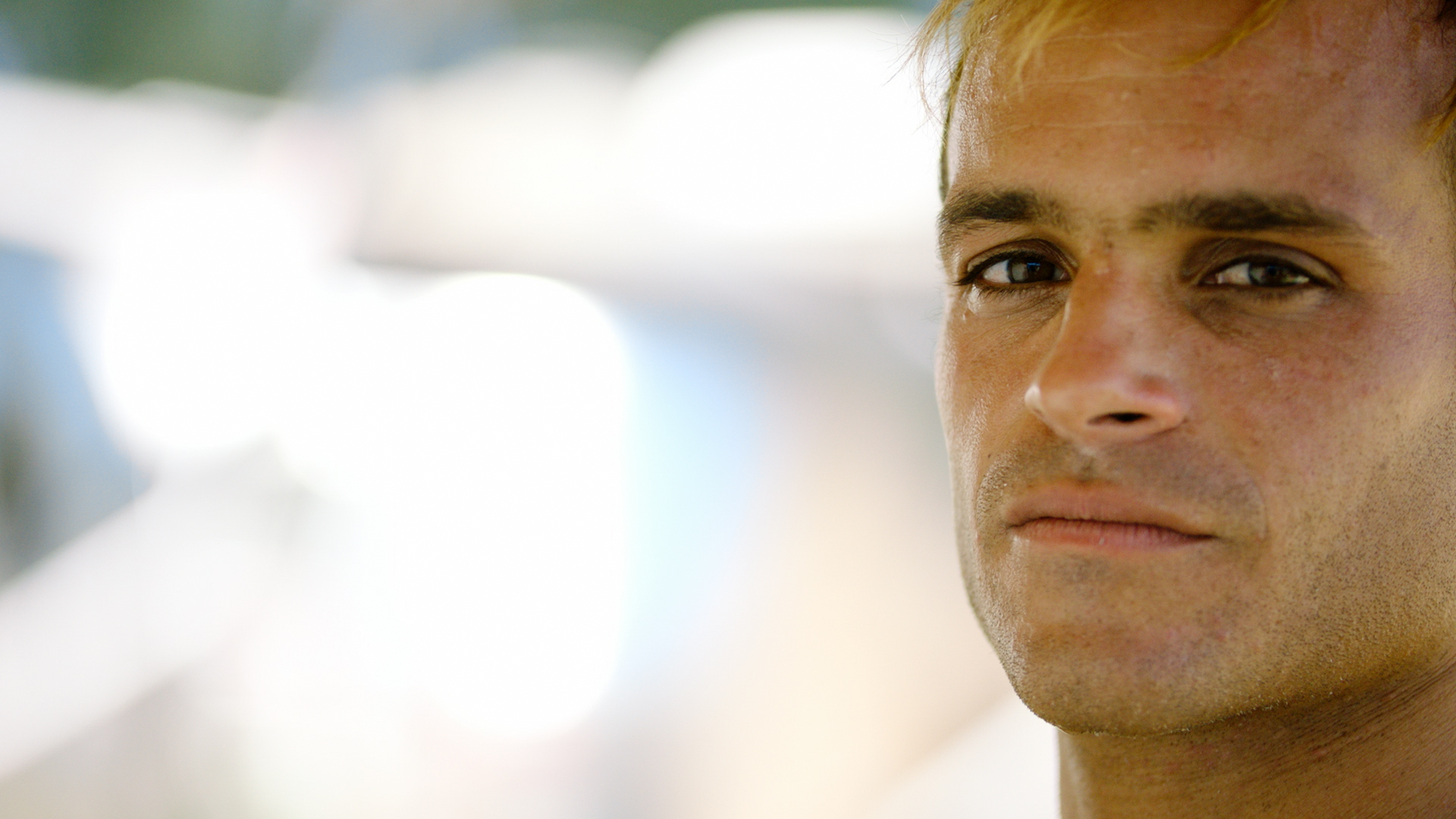 This article was produced in partnership with ABC. Be sure to check out the premiere of “The Ultimate Surfer” on Monday, Aug. 23 at 10/9c.

Unlike previous reality television shows that featured a tiny bit of surfing amongst a backdrop of drama, the forthcoming ABC series titled “The Ultimate Surfer”, is set to feature real professional surfers, vying for a real professional prize. For the first season, which will premiere Monday, Aug. 23 at 10/9c, ABC picked 7 men and 7 women to compete against one another at The Surf Ranch in Lemoore. At the end, one male and one female will win a life-changing opportunity: $100k and three wildcard spots on the 2022 WSL Championship Tour.

We’ll get more into the details of how the contest works and what it’ll take to win the Ultimate Surfer title, but for now, let’s meet the cast.

Alejandro Moreda lives in the type of place most people go to escape — a beautiful city in Puerto Rico called San Juan. It’s also a place tagged with world-class barrels that have shaped the surfer Moreda has become. Fearless. Raw. Powerful. After 15 years competing professionally, these days Moreda runs a surf camp in San Juan that helps groom the next generation of talent from PR — specifically kids that can use the financial assistance and support. Moreda’s an all-around likable guy and is deadly in the tube. You’ll root for him.

At one point Kai Barger was the “next big thing” in surfing. As an amateur, he won everything. At 19 years old as a junior pro, he took home a world championship. As naturally talented as they come, Barger at one point seemed destined for surfing greatness. And then, well, life happened. Lost a couple of sponsors. Stopped surfing as much and as a result (temporarily) stopped surfing as well. The losses mounted and eventually Barger gave up his Championship Tour dream. These days, Barger helps run a property management business on Maui. Recent clips suggest Barger is still surfing at a freakish level, so it’ll be interesting to see if he can shine at the Surf Ranch and reignite that CT dream.

Koa Smith is one of surfing’s biggest personalities. As comfortable in front of the camera as he is at 10-foot Pipeline, Smith is, quite literally, made for TV. From rapping on his YouTube channel, grinding coffee at The Sunshine Shack (the business he owns with his brother and a friend in Hawaii), or threading minute-long tubes at Skeleton Bay, Smith is a jack-of-all-trades, that’s mastered them all, too. Oh, and did we mention he regularly practices the Wim Hoff breathing technique and has surfed Jeffrey’s Bay (where the water is in the 50s) in board shorts? Smith is a natural born entertainer, and we expect him to shine on the show.

A surfer in motion stays in motion, a theory supported by freesurfing globetrotter Luke Davis. If you see a good swell heading just about anywhere, there’s a good chance Davis is already on an airplane headed in that direction. Biggest Indo in a decade? You better believe Davis was there. Best Morrocco in five years? Check. Scoring the world’s best waves is Davis’ secret weapon in a saturated pool of pro surfers. Speaking of pools, Davis has been lucky enough to spend more time threading Surf Ranch tubes than any other surfer on the show. Will it translate to an Ultimate Surfer win?

In an age where it’s increasingly difficult to define what it means to be a professional surfer, we welcome Mason Barnes. Originally from North Carolina, Barnes spends his winters in Hawaii, where he fell in love with big-wave surfing. After a ton of hard work and little fan-fare, Barnes quietly became one of the world’s hardest-charging surfers. Just look at his Instagram. 10-foot pits at Pipe, 12-foot slabs in Puerto, and 75-foot mountains in Portugal…and that’s just in the last year. While the Surf Ranch is far from being a big (or scary) wave, Barnes also has underrated small-wave chops, so don’t count him out. People have been doing that for a long time, and just look where it’s gotten him.

The Alpha. If you had to pick a favorite going into this competition, Zeke Lau is clearly it. A Hawaiian God chiseled from stone, Lau is the only male surfer on the show that already has Championship Tour experience. And not just as a wildcard. From 2017 to 2019, Lau went toe-to-toe with the world’s best, often coming out on top. As one of the only surfers in the world that can rattle John Florence’s cage, we expect Lau will be tough to beat at the Surf Ranch. After falling off Tour at the end of 2019 by only a few hundred points, we know he’s hungry for revenge against the world’s best and will do whatever it takes to get back on the CT.

The underdog. Unlike some of the other surfers on this show, Austin Clouse is not a household name. In fact, outside of his hometown of Jacksonville Beach, Florida, few have likely ever heard of him. But no matter. Clouse spends his days surfing and his nights behind the bar — whatever it takes to keep the dream alive. Tragically, Clouse lost his father to cancer recently, and so winning the Ultimate Surfer would be the ultimate way to honor his dad.

Born in California but raised in Hawaii, Anastasia Ashley is the OG influencer. One of the first professional surfers to hit the 1 million follower mark on Instagram, Ashley was an early mover in the world of social currency. While Ashley is known for her talents out of the water (see her pre-heat “twerking” videos for proof), she’s no slouch when it comes to surfing. In fact, Ashley is one of the only women to win a surf contest at Pipeline, and she’s also been nominated for a women’s XXL Big Wave Award. The Ultimate Surfer competition sans Ashley would just feel…wrong.

Kauai’s Brianna Cope is hoping to become the first surfer from Kauai to qualify for the Championship Tour since Alana Blanchard. Now in her sixth year competing on the Qualifying Series, Cope would love nothing more than to win the Ultimate Surfer and that coveted ‘CT wildcard spot. A quick look at Cope flying off sections on her social channels and you’ll see a woman ready for liftoff. Literally.

Born and raised in a small fishing community in Matinhos, Brazil, Bruna Zaun started surfing at the age of nine. In 2004, at 14-years-old, she signed a contract with Roxy (who she still surfs for today), and a few years later qualified for the Championship Tour, where she stayed for three years. While she hasn’t competed professionally in a while, Zaun is the only female Ultimate Surfer competitor with any real ‘CT experience, making her a favorite from the jump.

Juli Hernandez is as smart as she is determined. While a talented surfer, Hernandez lacked the sponsorship and financial support to chase the professional surfing dream, so she called an audible and enrolled in college where she’s also working as a community service officer. Hernandez plans to become a Sheriff in Orange County within the next couple of years. Of course, when the Ultimate Surfer calls…you answer. That uniform can wait.

Kayla Durden is the second athlete from Jacksonville Beach, Florida selected to compete on the Ultimate Surfer. It’s a testament to the talent pool in her northeast Florida hometown, where she’s often tested by ‘CT-level talent like Cody Thompson and Asher Nolan. While Durden has experienced plenty of competitive success over the years, she’s another cast member whose career was hampered by financial roadblocks. For that reason, Durden pivoted her focus towards another sport she loves: basketball. These days she coaches her local high school basketball team between standout sessions at the Jacksonville Pier.

When your dad is Chris Ward, you’re basically surfing royalty. And you’re also one of the few surfers that can snag any set wave from the ruthless crowd at Lower Trestles. All that practice at a perfect right-and-left point has groomed Malia Ward into one of the most stylish females in the world today. Also a recent USC graduate, DJ, model and fashionista, Ward will be an interesting character on the Ultimate Surfer cast.

Tia Blanco is soft-spoken, but since actions speak louder than words, she’s often screaming. While Blanco has Championship Tour written all over her surfing, she hasn’t put an entire competitive year together. Yet. Growing up in a military family, Blanco moved every few years as a young girl, before settling into her current hometown of Oceanside, California. With a mellow demeanor, we imagine Blanco will let her surfing do most of the talking on the show.