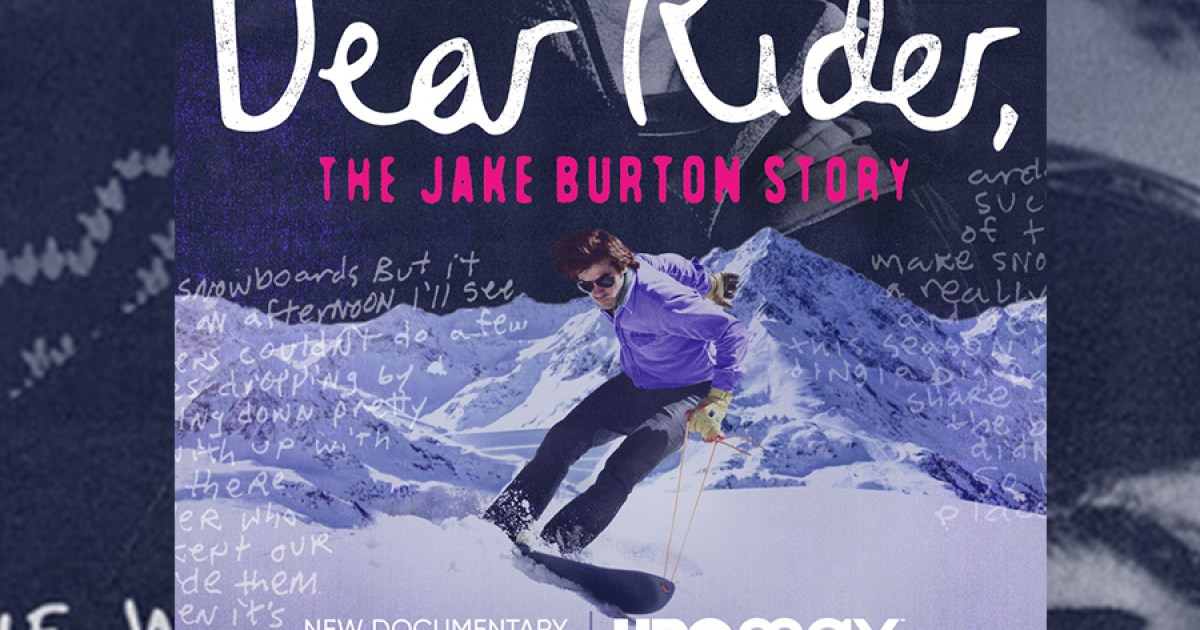 DEAR RIDER, an inspiring feature documentary from Red Bull Media House and Emmy®-winning director Fernando Villena, is a celebration of the life and vision of Jake Burton Carpenter (1954-2019), the pioneer who propelled the sport of snowboarding into a global and cultural phenomenon. The film debuts TUESDAY, NOVEMBER 9 (9:00 – 10:30 p.m. ET/PT) on HBO and will be available to stream on HBO Max.

The intimate and revealing documentary features interviews with Jake’s family, friends, and fellow snowboarders, including action sports icons Mark McMorris, Shaun White, and Kelly Clark, as well as a wealth of archival material and home movies. DEAR RIDER pays homage to Jake’s beloved and loyal “riders,” the audience he faithfully addressed every year for decades on the first page of his snowboard company’s catalogs. Acclaimed actor Woody Harrelson, a close friend of Jake’s, narrates catalog passages interspersed throughout the film.

Inspired by the Snurfer, a surfboard-styled strip of wood, Jake created his first snowboard in 1977 as an inexpensive alternative to skiing. From there, he developed increasingly versatile boards while encouraging ski resorts, sponsors, and world-class athletes to take up what the media dubbed “the worst new sport.” By the late 1990s, Jake’s vision had catapulted the punk-infused culture of snowboarding into the mainstream and onto the world stage—the Olympics.

But as Jake and his eponymous company, Burton, thrived in the new century, the entrepreneur battled two very serious health problems: Miller Fisher Syndrome, a rare nerve disorder, as well as cancer, which ultimately claimed his life in 2019. Today, Jake’s memory lives on throughout the snowboarding community, and his wife Donna Carpenter remains at the helm of the family-owned business.