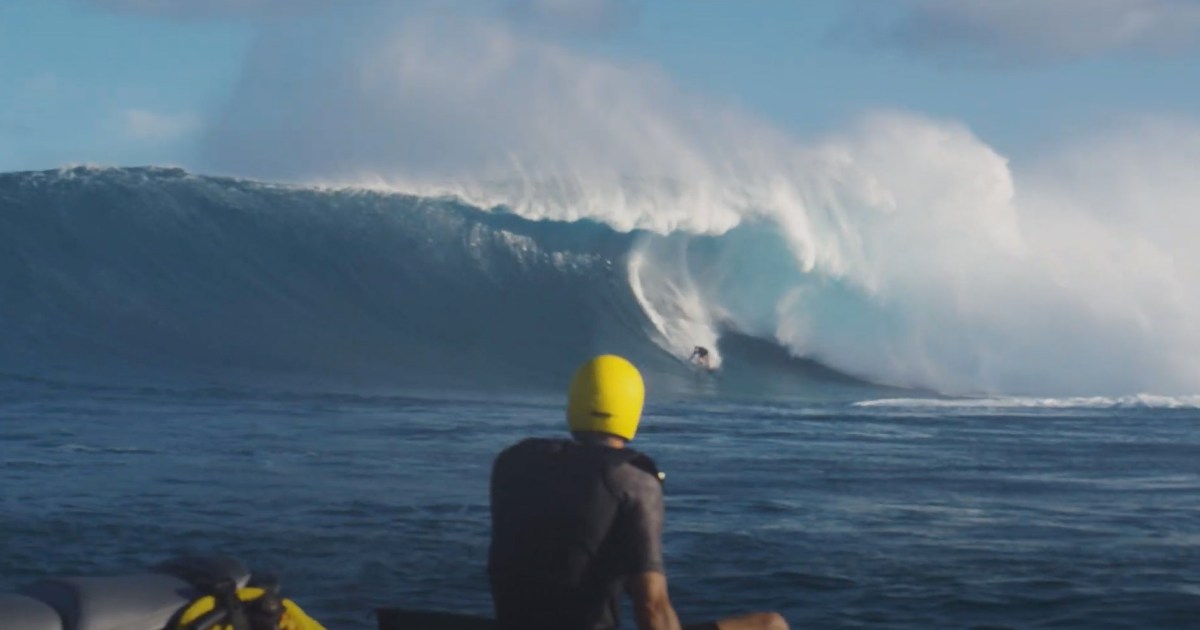 Last week, a swell of epic proportions blasted the Hawaiian islands, producing waves on Maui and Oahu that have since dropped jaws worldwide. Pe’ahi roared to life, as would be expected, and surfers near and far flocked to the Jaws Thunderdome to paddle into unfathomably large tubes. Insane rides and cavernous monstrosities were claimed by the usual hard-charging suspects–Billy Kemper, Eli Olson, Nathan Florence, Ian Walsh and more–and imagery from the day has already ricocheted across social media.

Florence, who was on tap with his camera crew and a GoPro attached firmly to the nose of his rhino chaser, caught much of the day’s action–both the heroic makes (including Albee Layer’s first Jaws ride since his injury) and the absolutely brutal beatdowns, some of which were handed straight to Florence himself.

Click play above to watch Florence’s latest vlog and get a glimpse at what Maui’s prized gem looks like from both the channel and the lineup.