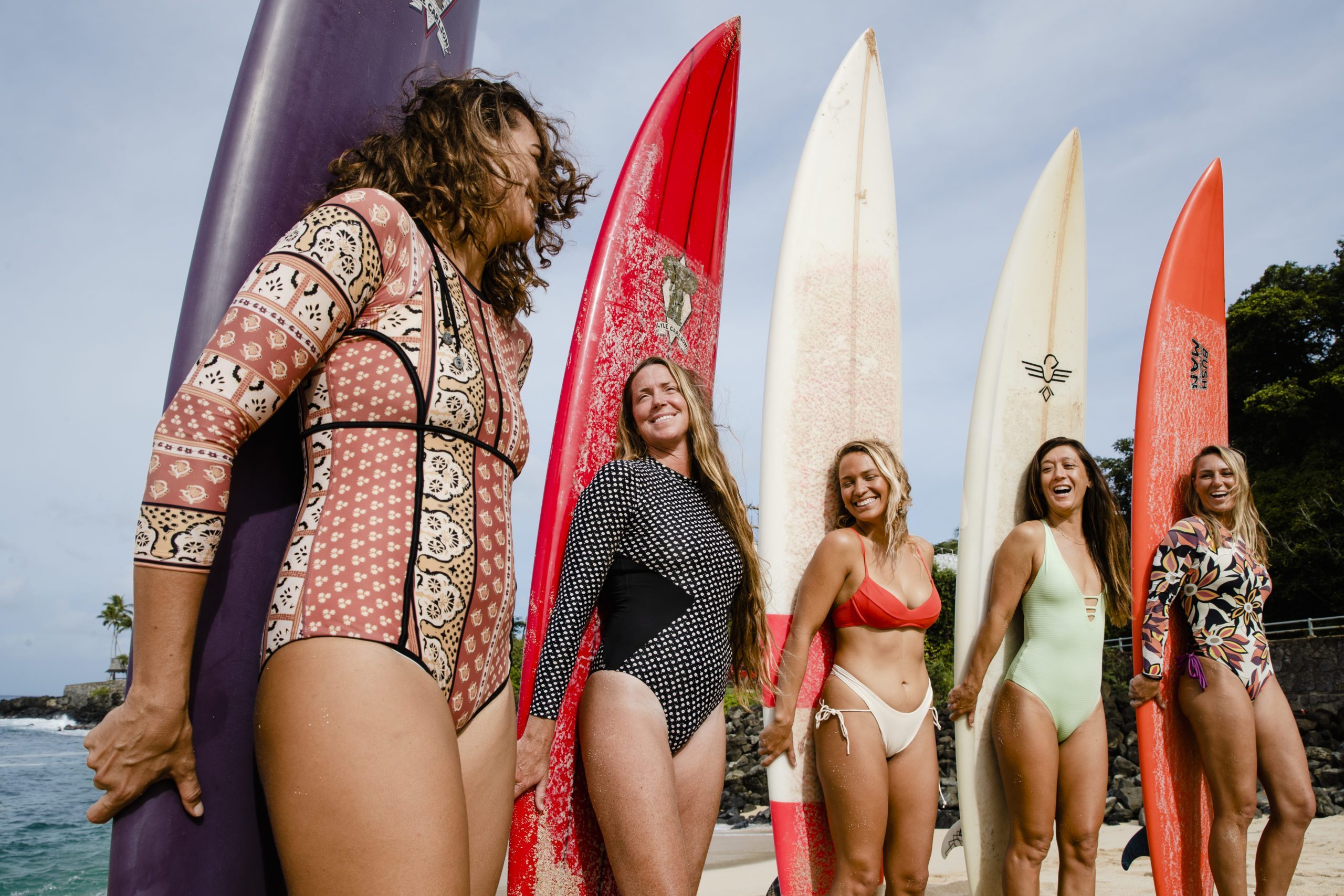 Yesterday, Red Bull announced the winners of their Red Bull Magnitude event: the first-ever all-women’s big-wave digital contest. Red Bull selected two dozen female chargers and invited them to push the limits with a major prize purse on the line and film crews stationed in Hawaii–specifically on-call to shoot the contestants when the Pacific Ocean roared to life this winter. Over a three-month waiting period packed with more than a few oversized XXL swells, Hawaii’s best female chargers put on a display of big-wave brilliance. Leading the list of top-perforers was none other than Kauai’s Keala Kennelly, who scored the Overall Winner Award. Here’s more from Red Bull’s PR announcement:

“This year will definitely be remembered as a milestone, not solely because you had one of the biggest XXL swells of the decade but also because Red Bull put on a specialty female big-wave event. Magnitude was a great concept that gave women a platform and the much lacking resources they needed,” says Kennelly. “Having filmers and a jet ski safety team dedicated to us every time the contest would activate, gave women big-wave surfers the opportunity to push their limits with more confidence and then have video footage, not only to use to boost our profiles but also to review and learn from.”

Kennelly took home $25,000 after a four-judge panel made up of legendary big-wave surfers Kai Lenny, Rochelle Ballard, Mark Healey, and “Banzai” Betty DePolito reviewed footage of the performances of the entire 24-person competitor field and compiled their votes on who they felt was the top performer. Along with the Overall Winner award, the judges also gave out three other awards, each carrying a $5,000 prize purse: Biggest Wave, which also went to Kennelly for a 35-foot bomb (as measured by Bill Sharp of Big Wave Data Systems) she caught at Oahu’s Outer Reefs, Overall Runner-Up, which went to Makani Adric, and Best Ride, which was given to Emily Erickson for her picture-perfect Waimea Bay giant. A fifth award, the People’s Choice Award, presented by Yeti, was given to Makani Adric, who fans voted for online as their favorite performer for the contest.

Throughout the event, Red Bull dispersed camera teams and water safety crews at three priority big-wave locations across the Hawaiian Islands (Waimea, Oahu Outer Reefs, and Jaws) anytime the surf forecast called for sustained 15-foot Hawaiian swells. Ultimately, there were three such swells, with one falling in December, January, and February. The January swell, in particular, was the biggest swell to hit Hawaii in years.

“My specific defining moment this year would have been surfing the swell on January 16,” says Adric. “I think it was such a defining moment for me because being out there in waves that size just felt unrealistic. The crowd and weather were great. I surfed for seven hours straight. It was one of the best days of my lifetime.”

“You’re going to see the progression in women’s big-wave continue after this event,” says Healey. “The performance aspect isn’t that much different from the men. When someone achieves something that’s never been done, five more people do it in the next six months. The pioneers are a novelty. But you have all these hyper-talented young women who see a volume of women out there, then it’s normalized for them.”