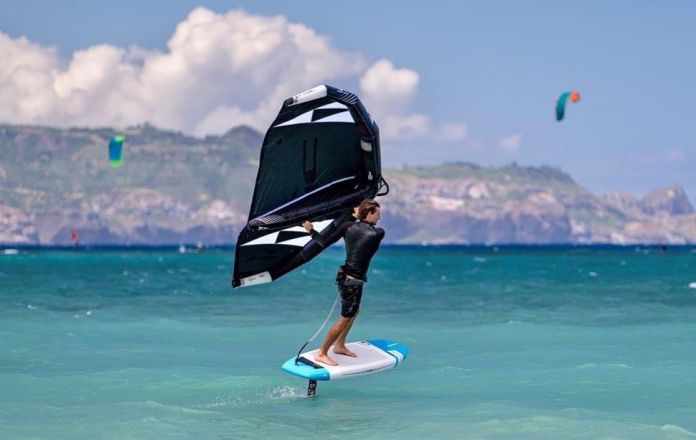 Lincoln Dews is a busy man. The Aussie SIC athlete, former world champion of the highly competitive short courses for stand up paddling, is switching gears to take a deep dive back into ultra challenges. Specifically, he is training for back-to-back Yukon 1000 and Yukon River Quest Paddle Races.

No stranger to endurance work, Dews first completed the 32-mile Molokai-2-Oahu channel crossing at age 16. Since then, he has returned multiple times to challenge himself along the famous ‘Channel of Bones’. His vast water experience also stems from his 3X participation in the Sydney to Hobart yacht race, one of the biggest events on the Australian watersports circuit at 628 nautical miles. Even beyond that, this Sunshine Coast native challenges himself regularly with endurance paddles at home in Australia ranging anywhere from 70-200KM.

Currently, Lincoln Dews is preparing for his biggest challenge yet, racing in both of the longest non-stop and second longest paddle races in a single month:  The Yukon 1000 and Yukon River Quest.

As he says, “For context. that’s 2300km of racing in just over three weeks through one of the most remote river systems on the planet. This has only ever been completed before by a hero of mine, Bart de Zwart (Starboard).”

In order to complete this quest, Dews will have to paddle through the night in all sorts of conditions, being wary of grizzly bears and other local wildlife. Currently, with less than nine weeks until race day, he is beginning to get excited about what he is trying to achieve. The size and scope of this project has been keeping him busy and focused both on the water and off.

When not stand up paddling, Dews is an avid wing foiler having taken to it like … well, like a fish to water.  Dews believes the innovation of wing foiling has given him a fresh perspective of the myriad opportunities within the watersports arena.  He says,

“Wing foiling has really opened my eyes to what’s possible on the water. By mixing the freedom of surfing with the speed generated by the wind, you can ride places you wouldn’t have dreamed of 10 years ago.”

Stay tuned for more about Lincoln Dews‘ quest to accomplish these two upcoming events as we hear from him and report on him in the weeks ahead here at Standup Journal.  Aloha.