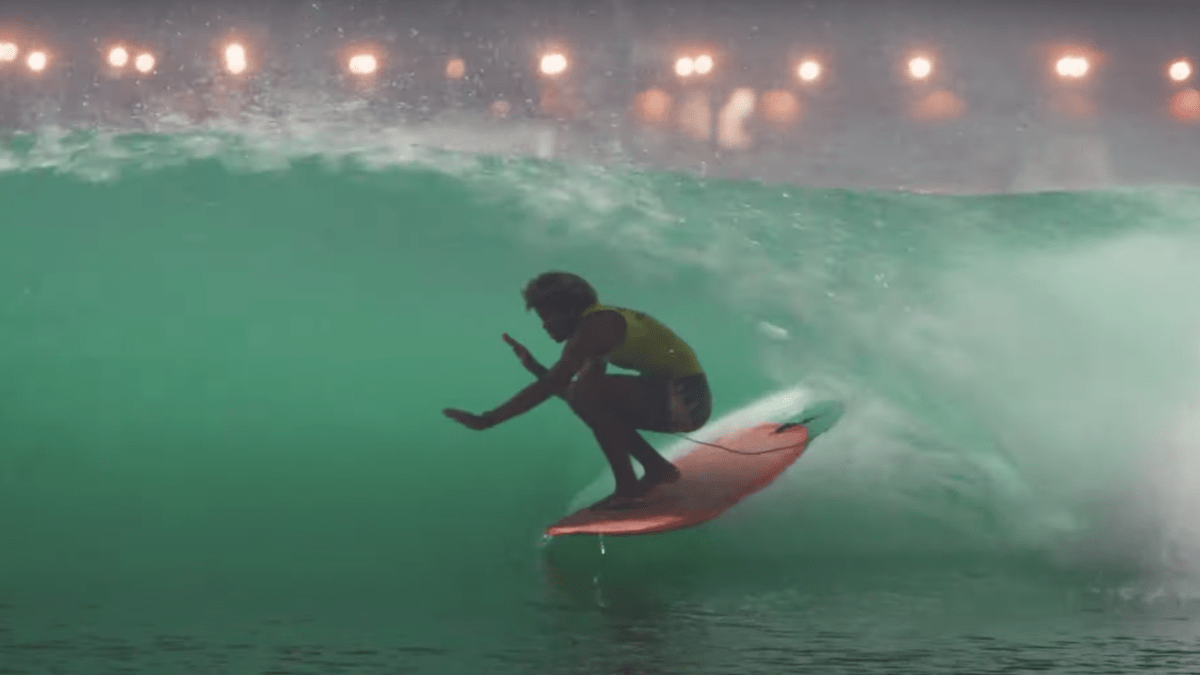 Clips from the Surf Ranch typically follow a familiar formula: a surfer repeatedly mashes the lip before tucking into a pristine machine-groomed tube, and then the ride is finally capped off with a massive aerial. It’s impressive, but predictable. So when the WSL announced they planning on hosting a longboard contest in Lemoore, our interest was piqued.

Infusing some soul into the pool can’t hurt, right?

The event was billed as the Cuervo Surf Ranch Classic and all of the usual suspects showed up including Kassia Meador, Alex Knost, Justin Quintal and Joel Tudor. Swapping out aerials for noserides, the all-day contest showcased plenty of creative lines from both the men and women. Once the sun went down, the competition really heated up with the final rounds being held under the lights. Ultimately, Justin Quintal and Soleil Errico wound up taking the top spots at the inaugural event.

Check out all of the longboard action at the video above.