Maui on my mind 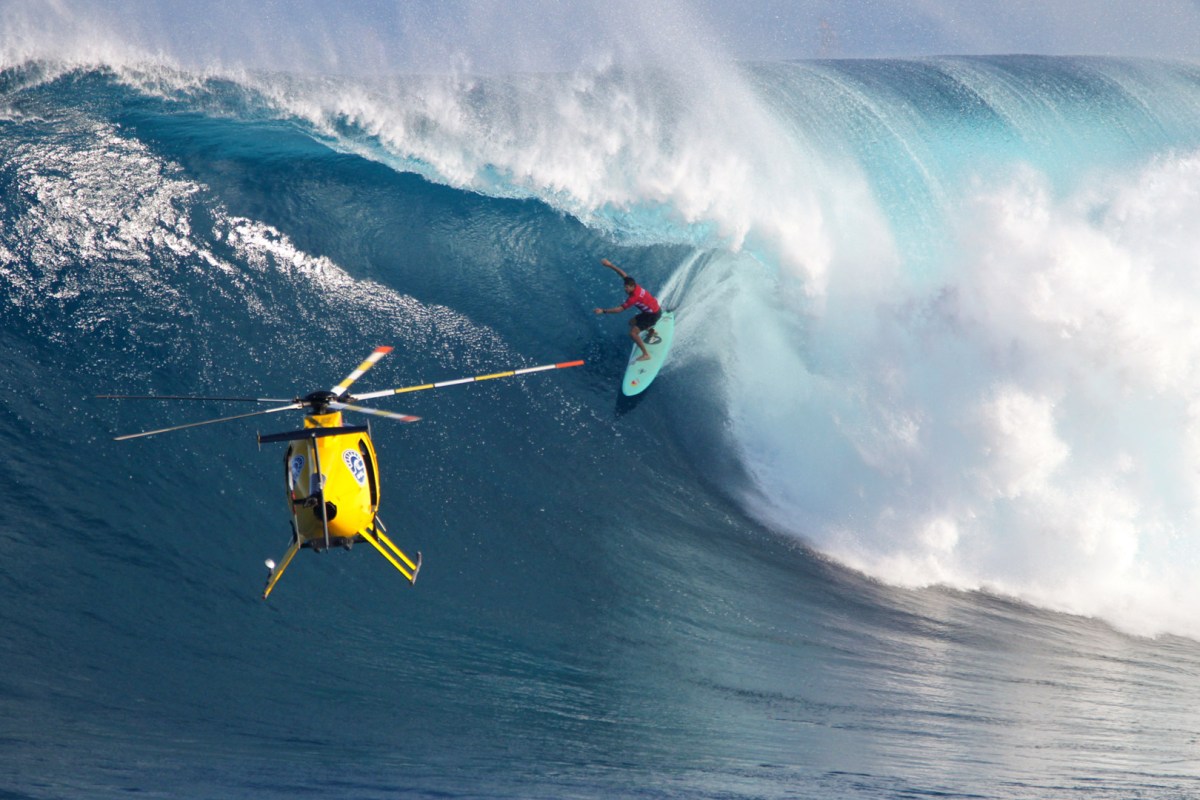 Hawai’i’s second largest island, Maui is famous for its stunning beaches, the sacred ʻĪao valley, the famous Road to Hana, and of course, Peʻahi aka Jaws. If you have yet to visit the “Valley Isle” much of your impression of the island is likely thanks to the images captured by local photographers. We caught up three of Maui’s most talented surf photographers/videographers and got the backstory on what goes into freezing a moment in time.

Aaron Lynton has been a fan of photography since childhood. Inspired by his dad and brother to first pick up a camera, Lynton’s subject matter of choice as a kid was skateboarding. When most teenagers were out partying, Lynton spend his high school Saturday nights editing skate videos. It was then that he realized that photography and videography were more than just hobbies for him.

Although skateboarding was his introduction to action sports, Lynton felt called to the ocean and eventually took up surfing. He also became a PADI Dive Master and a F.I.I. Level 1 Freediver. The certifications increased his ocean and safety knowledge, allowing him to shoot underwater more effectively and efficiently.

Fast-forward to the present and Lynton has dedicated his career to ocean and action sports photography and videography. He has devoted a lot of time to one wave in particular: Pe’ahi aka Jaws.

“I knew from the very first time I went to Pe’ahi that it was a very special place,” says Lynton. “It felt like I had no choice in the matter—I was meant to chase and capture these moments!”

For Lynton, there is something special about watching a good day at Jaws. The cliff is packed with spectators and it is exciting to be a part of. From watching the swell forecast for the weeks leading up, to the 4 x 4 only road, and strong wind and rain, Lynton says there are lot of hazards and risks that can make for tough shooting conditions.

“When the waves are big and consistent, it’s like gladiators fighting in the colosseum,” says Lynton. “I feel so lucky to be able to not only watch but capture these men and women that continue to push the limits. I do my best behind the camera, but the surfers and the safety crew are the ones really pushing the boundaries and putting their lives on the line.”

Although he’s captured numerous images and videos at Jaws over the years, there are a few that stick out to Lynton. In 2018, he captured Nathan Florence being chased by a Pe’ahi avalanche. The wave got Florence nominated for the biggest paddle and the photo became the cover of Freesurf Magazine. Other standouts include Aaron Gold’s Guinness Book of World Records 63-foot biggest paddle, Francisco Porcella doing his version of the running man which won second place in the 2020 International Photography Awards extreme sports category, and various images of Kai Lenny pushing the limits.

To capture his images, Lynton uses a Canon 1DX mark II, both on land and in the water (with a CMT water housing). This winter, he upgraded to a RED V-raptor (and a Salty Surf housing), so he’s excited to shoot some big swell.

“My main goal is to have the viewer feel some kind of emotion,” says Lynton. “Whether it’s reliving an incredible ride out at Jaws, staring eye to eye with a 40-ton humpback whale, or being visually inspired by other stunning moments from Mother Nature.”

Looking forward, Lynton plans to continue shooting big waves. He has a few big ocean related film projects on the horizon that he’s excited about. And with swell on its way, he’s sure to have a busy winter.

Marcus Rodrigues has always been a fan of capturing moments in time. As a child, he would use a disposable camera to shoot anything he thought seemed exciting or memorable. He liked the idea of being able to relive moments in time and had fun messing around with a camera.

In addition to photography, Rodrigues spent the majority of his childhood in the ocean, bodyboarding. Fast forward to the present and Rodrigues has been bodyboarding for 25 years, 15 of them professionally.

“I definitely wouldn’t be the type of camera man I am without the influence of bodyboarding,” says Rodrigues. “It taught me everything that I’m doing now and I still continue to have fun every time I’m out in the water or shooting behind the lens.”

These days, when Rodrigues isn’t riding waves, he’s behind the lens. His focus is water photography, wave riding, and shorebreak barrels. Although he’s shot thousands of photos over the years, some of his favorites are his shorebreak water shots as it’s challenging to stay in the right place at the right time as the wave crashes along the shoreline.

“Being inside of a giant barrel when everything goes silent is so captivating to me,” says Rodrigues. “It really gets my heart pumping trying to be in the spot amongst the power of the ocean.”

In addition to shorebreak, Rodrigues is a fan of big wave photography. Growing up in Hawai’i, he had a chance to witness big waves and the dedication it takes to ride them. In order to capture big swells, Rodrigues must arise early, make sure he’s in the right spot with a certain swell direction, know the wind direction and tides, and have an optimistic outlook on all the different types of weather conditions that could come with every unique big swell. Some days he gets skunked, but other days he strikes gold.

“The main reason why I enjoy capturing big waves is that each big swell only happens once and it is a once in a lifetime chance for all the conditions to come together to get the perfect day,” says Rodrigues. “The thought of capturing a surfer on the wave of their life is very motivating to me.”

To capture his shots, Rodrigues uses Canon products and SPL water housings. His favorite spots to shoot are Big Beach, Ma’alaea, Honolua Bay, and Pe’ahi on Maui as well as spots in Tahiti like Ta’apuna and Teahupo’o. He’s happy to capture anyone riding waves when the swell hits, but one of his longtime goals is to capture local Maui wave riders. He’s excited when he can capture someone’s ‘wave of the day’ for them to have as a lifelong memory of the moment.

“I hope to continue pursuing wave riding imagery while having as much fun as possible,” says Rodrigues of his future plans. “The biggest goal is to keep the stoke alive while being grateful for everything in life with a healthy outlook on what’s to come next as time goes by.”

Painting Pictures with His Camera

For Stu Soley, living in Hawai’i has always been the dream. His cousins were born and raised in the Aloha State, and he first had the chance to visit when he was 11-years old. He quickly fell in love and made it his mission to move to Hawai’i and become a part of its community. In 2008, he made the dream moved and relocated to Maui from Virginia.

Just before moving to Maui, Soley enrolled in a film camera class and discovered his passion for photography. He ditched his business major and decided to focus on photography, working in the dark room until the late hours of the night. In 2009, he graduated from Longwood University with a degree in fine arts with a concentration in photography. The degree laid the foundation for a career centered around photography, art, travel, and surfing.

Once in Maui, Soley drew inspiration from the land for his photos. He shot photos of rainbows, waves, waterfalls, palm trees, wildlife, surfing, and other Hawaiian landscapes. He paid special attention to lighting, shooting when the light perfectly framed his subjects to create eye capturing images.

“My best work is when I ‘paint with my camera,’” says Soley. “It’s all about the motion and lighting combination. I love the abstract and surrealism with Salvador Dali being an inspiration, especially when creating long exposures.”

Although Soley’s career isn’t centered around surf photography, it’s something he loves to shoot, especially when there’s a big swell. Although Soley has shot numerous waves over the years, one of his favorite moments he’s captured to date was the January 16, 2021 swell at Pe’ahi.

“Sitting Pe’ahi hillside watching the largest swell to hit Jaws in years with some of the greatest videographers and company will forever be ingrained into my mind,” says Soley. “The images and video footage captured that day was all time—best in the sport, all in the lineup catching the largest Pe’ahi waves. I can still see it clear as day.”

To prepare for a shoot, Soley keeps a close eye on weather patterns and swell predictions and forecasts. As Mother Nature can be unpredictable, Soley acknowledges that only so much preparation can be done and oftentimes he must go with the flow. To capture his images, Soley uses Canon products and a CMT housing for water shots.

Looking forward, Soley wants to continue travelling and building his portfolio. Photographing Nazare on a big swell has always been a dream of his and he hopes the timing lines up one day. “I just want to continue sharing my passion with the world,” says Soley. “I feel very blessed with the support I have already been given from my community.”