Maverick’s Surf Awards: A Day in the World’s Most Dangerous Waterpark 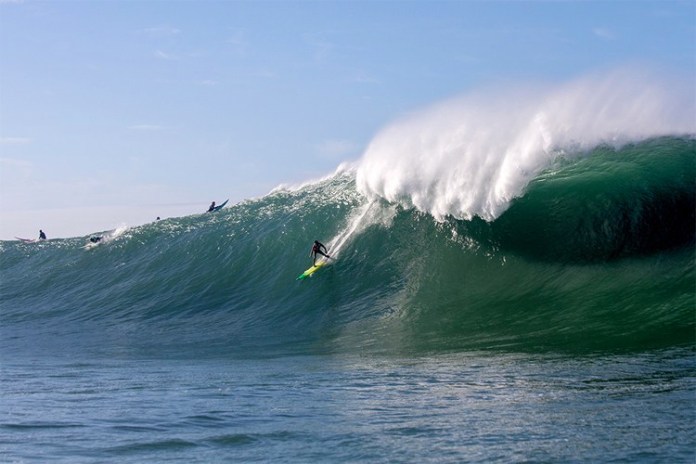 December saw the opening day of the much anticipated sleeping giant.  As most official sporting events have been cancelled in 2020 due to COVID-19 restrictions on travel, it was important to awaken to the morning of December 8th, 2020 and know the Maverick’s Surf Awards were on ‘Go’ status. 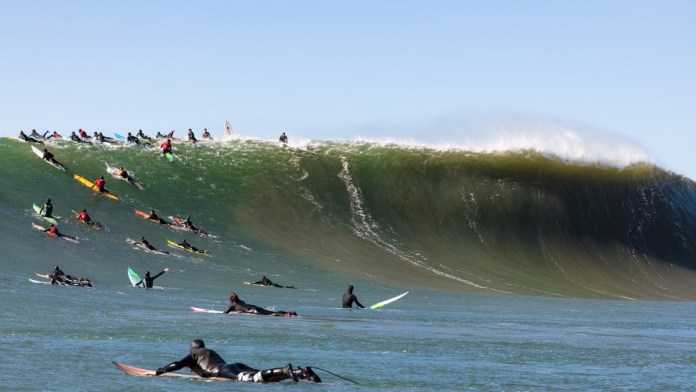 The Maverick’s Surf Awards had its opening day on December 8th as a massive Pacific swell rolled into the legendary cove at Half Moon Bay. Men & women in the lineup were ready to celebrate this legendary wave. Photo: Ryan Chachi Craig

The Maverick’s Surf Awards, formerly Maverick’s Surf Invitational contest, recreated by Jeff Clark and Chris Cuvelier into a virtual event this year won’t run on a specific day in traditional surf contest format. Instead, the MSA event spans the full range of the 2020-2021 big wave season from November 1st, 2020 through April 15th, 2021. Surfers and videographers will have this 6-month time frame to submit best entries of surf video performances. Winners receive cash purses across five categories. 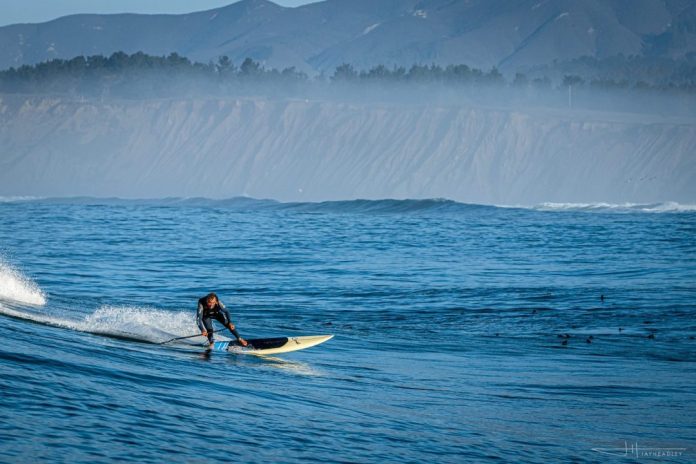 The man who made Maverick’s his own, Jeff Clark, reported LIVE from the channel on December 8th, giving viewers a first hand look at what those giant waves look like up close. Photo: Jeff Headley

Significant cash prizes will be be divided across five categories with 90% of the prize going to the surfer and 10% to the videographe.
1.  Male & Female Performer of the Year (equal prize money)
2.  Biggest Wave
3.  Best Wave
4.  Best Barrel
5.  Best Tow Wave 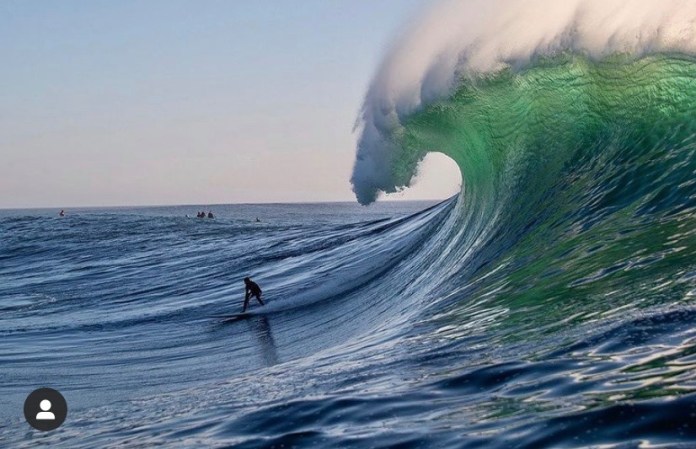 All the big names of big wave surfing came together with the world’s best photographers for opening day at Mavericks. Here, @huntray284 is getting it done under the lip. Photo by: @fred_pompermayer

On December 8th, virtual audiences watched the action out in the lineup as Jeff Clark broadcast live from the channel throughout the day. This live experience gave viewers from around the world the chance to witness the powerful swell and cast of characters from the biggest names in surf up close on Maverick’s Surf Awards’ Instagram and Facebook pages. It was quite an education.

Jeff Clark narrated these live broadcasts and even answered questions from viewers, all  while navigating tricky currents and dodging white water at one of the most notorious big wave breaks on the planet. The thunder of crashing waves sounded like gunshots going off and the excitement in the channel was palpable. Everyone was on board to make opening day of the Maverick’s Surf Awards a successful event as the world’s greatest big wave surfers and photographers came together to capture Mav’s massive swell. 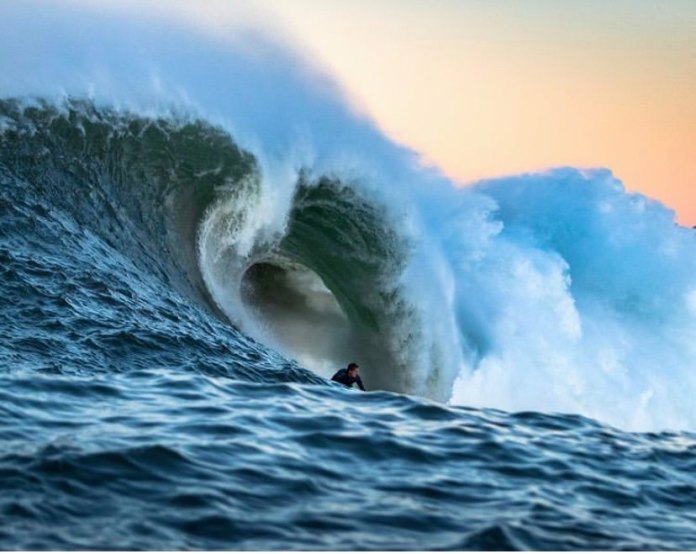 Kai Lenny pulls a disappearing act in front of a monster chasing him down at Maverick’s. Kai spent a total of 16 hours in the water on December 8th, proving once again, he is super human.  Photo: @toddphoto

More To Come:  Stay Tuned for the Next Big Swell

The ocean will provide. More surf is expected and the energy is high surrounding this newly formatted event which includes bragging rights to facing off against one of the most fierce waves on the planet. Clark and Cuvelier anticipate an excellent season as entries begin to roll in. To participate surfers and videographers upload their entries at:  https://www.maverickssurfawards.com/ where they are then evaluated and scored by a team of judges.

The awards ceremony for this year’s Maverick’s Surf Awards will take place at the end of the season in April or May 2021 in a small gathering. The staff is planning a digital ceremony to broadcast throughout the world this ultimate celebration of the brave men and women who surf Maverick’s.