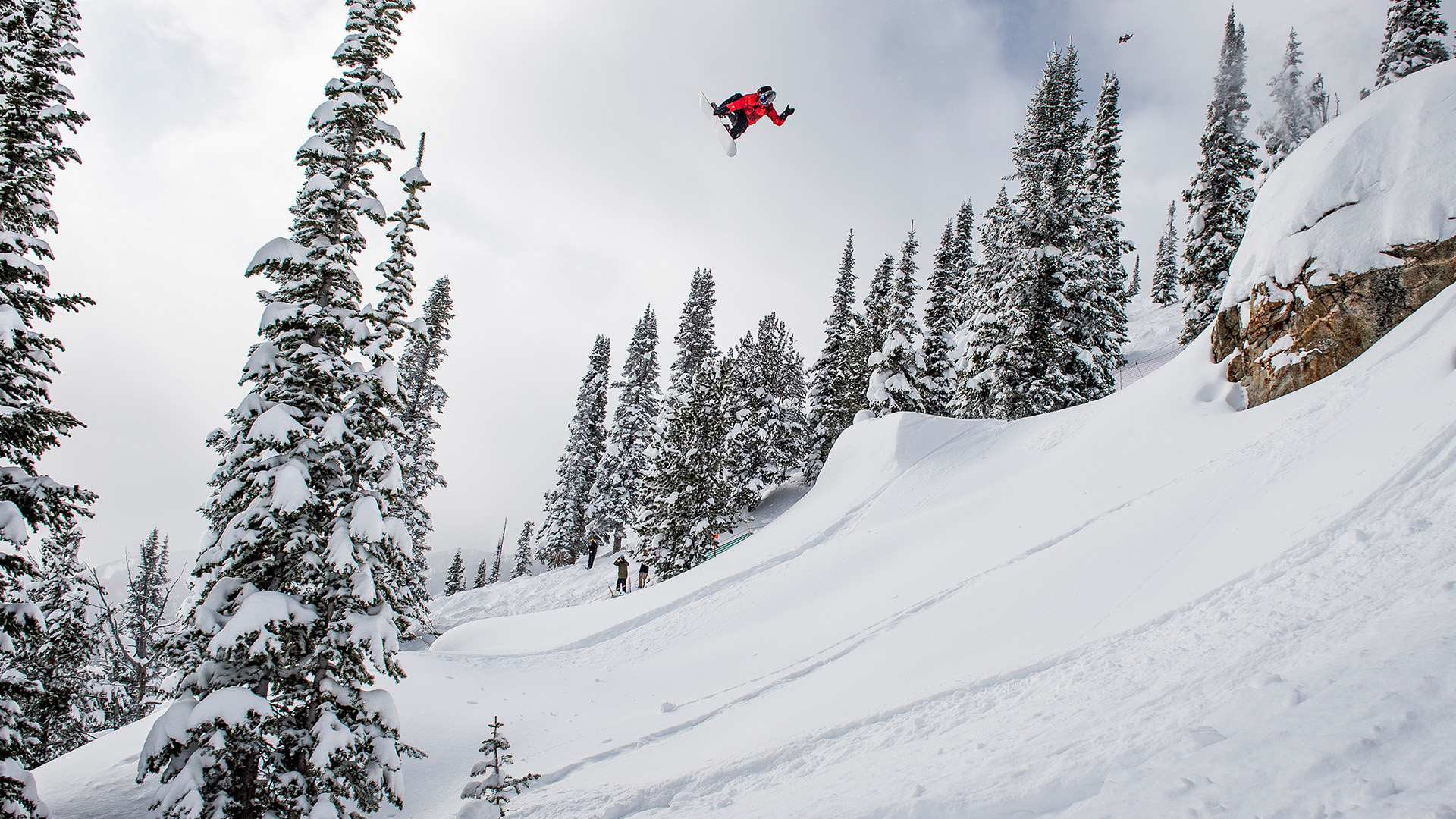 World’s top riders kick off in the Tour’s 2021 debut at Jackson Hole Mountain Resort, which will be aired live on Red Bull TV

Jackson, WY (December 17, 2020) — The Natural Selection Tour, the first winter sports tour to showcase the world’s top riders from Olympians to big mountain film icons, debuts live, exclusively on Red Bull TV from Jackson Hole Mountain Resort this February 3-9. These invited riders will be competing on some of the planet’s most exciting natural and naturally-enhanced terrain in Jackson Hole, Wyoming, Baldface Lodge, British Columbia and Tordrillo Mountain Lodge, Alaska. Top finishers will go head-to-head in Alaska, where the best men’s and women’s all-mountain freestyle riders will be crowned in late March.

“The Natural Selection Tour is designed with Mother Nature as the main character, and with mutual respect for and from snowboarding,” said Travis Rice, pro snowboarder. “Women’s snowboarding is progressing so fast and we are thrilled to have both men and women riding in the tour. I’m beyond excited to witness what is possible in snowboarding when riders of this caliber are able to build off of each other’s progress in real time on some of the absolute best riding venues. The opportunity for our team to share it with the world is humbling and a true honor.”

A manifestation of Travis Rice’s wildest dreams, the Tour’s innovative format will reveal riders’ full creative expression and require a deep knowledge of backcountry conditions to reign supreme. All events will run within seven-day windows to ensure that the terrain is in peak season conditions. Starting off at the YETI Natural Selection at Jackson Hole there will be sixteen men and eight women dropping into the venue, a complex zone, rich with natural features, which represents one of the most rugged pieces of inbound terrain at Jackson Hole.

“This terrain was only recently opened to the public and is truly ideal for this event. Builders have been working hard to accentuate the natural features and enhance the rideability and safety of this terrain,” said Rice. “The goal of our work is to provide endless opportunity for the creative expression of these master riders with limitless variations of contest runs.”

The first week of March, adhering to all current province-wide Covid-19 restrictions, top riders will drop into the Natural Selection at Baldface Lodge. The run Scary Cherry, which was home to the Red Bull Supernatural (2012) and Red Bull Ultra Natural (2013) is a freerider’s dream with 80 massive natural drops, kickers and other features spread throughout the famously powder-coated, 40°-plus slope. Baldface Lodge, set in British Columbia’s Selkirk Mountains outside of Nelson, is a snowboarding mecca with 500+ inches of annual snowfall laid across 32,000 acres of open bowls, peaks and perfectly spaced trees.

The championship will be held in Alaska’s remote backcountry at the Natural Selection at Tordrillo Mountain Lodge. The first-of-its-kind event going down on March 20-27 will be held on the mind-bending terrain accessed from the lodge. See riders charge the iconic steep spines and features as seen in Red Bull Media House’s The Art of Flight and most recently the Quiksilver film Dark Matter. Here the top four men’s and two women’s finishers face off on arguably one of the best venues on the planet for riders to push the boundaries of big mountain freestyle riding. Alaska will culminate with the crowning of the unquestionable top, all-around men’s and women’s snowboarder, period.

For 2021, Elias Elhardt, Ben Ferguson, Sage Kotsenburg, Nils Mindnich, Mark McMorris, Chris Rasman, Travis Rice and Gigi Rüf are the first riders announced competing on the men’s side. Jamie Anderson, Marion Haerty, Elena Hight and Robin Van Gyn will be dropping in for the women. The second half of the riders list will be announced for both men and women in January.

The riders were hand-picked by the Natural Selection Nomination Committee including: Pat Bridges, the legendary editor of Snowboarder Magazine; pro snowboarder Barrett Christy Cummins; Matt Barr, host of the Looking Sideways podcast and European industry stalwart; Natural Selection Tour COO Liam Griffin and Travis Rice. The judges made the initial selections based on time-tested backcountry riding, past event finishes, video parts and the entire breadth of each riders’ career weighed for current performance.

“I’m really looking forward to the Natural Selection; I’ve always been inspired by backcountry riding,” said Jamie Anderson, two-time Olympic Gold Medalist. “I’ve had the privilege to compete in all kinds of slopestyle events, but never a backcountry powder tour. The course looks awesome and I’m definitely nervous, but really excited to try something new! It’s going to be insane!”

This year marks the debut of the full tour with a mission to celebrate the outdoors and unify the industry around sustainability. The concept first blossomed in 2008 with the Quiksilver Natural Selection in Jackson Hole, and subsequent events; the Red Bull Supernatural and Red Bull Ultra Natural at Baldface Lodge in 2012 and 2013.

The Natural Selection Tour has partnered with Conservation International and YETI to develop and execute an impactful sustainability strategy, including carbon neutral events and conservation-themed initiatives. The partnership is central to the Natural Selection Tour’s mission to inspire its global audience to forge a deeper relationship with the outdoors. Conservation International is one of the world’s leading global non-profits whose mission is to empower societies to responsibly and sustainably care for nature for the well-being of humanity.

The Tour will utilize the latest production technology to immerse a global audience of outdoors and sports enthusiasts directly into the action. The opening event in Jackson Hole will air exclusively, free and in its entirety, on Red Bull TV, offering viewers full-access to the evolution of snowboarding. The British Columbia and Alaska stops will air as show packages on Red Bull TV. Red Bull TV is available on the web at www.redbull.tv and as an app across mobile phones, tablets, consoles, OTT devices and Smart TVs.

The Natural Selection Tour is working with leading Covid-19 compliance consultants Fenceline Solutions and the host venues to ensure that competitions are run safely for the athletes, crew, venue staff and hosting communities. Specific to the British Columbia event, the Tour is working closely with Health Canada, the Provincial Health Office and Baldface Lodge and will adapt the competition as necessary to adhere to all province-wide restrictions.

Through the Industry Alliance marketing platform, endemic brands are able to directly support the events and their team riders competing on the Natural Selection Tour. Alliance members receive brand presence on streaming, broadcast and at the events, along with access to content and social assets from the Tour for marketing their team riders. The Natural Selection Tour thanks Union Binding Company, Quiksilver, Mervin Manufacturing and Oakley for being the founding members of this industry-unifying effort.