Now This is What We Call a Pool Party 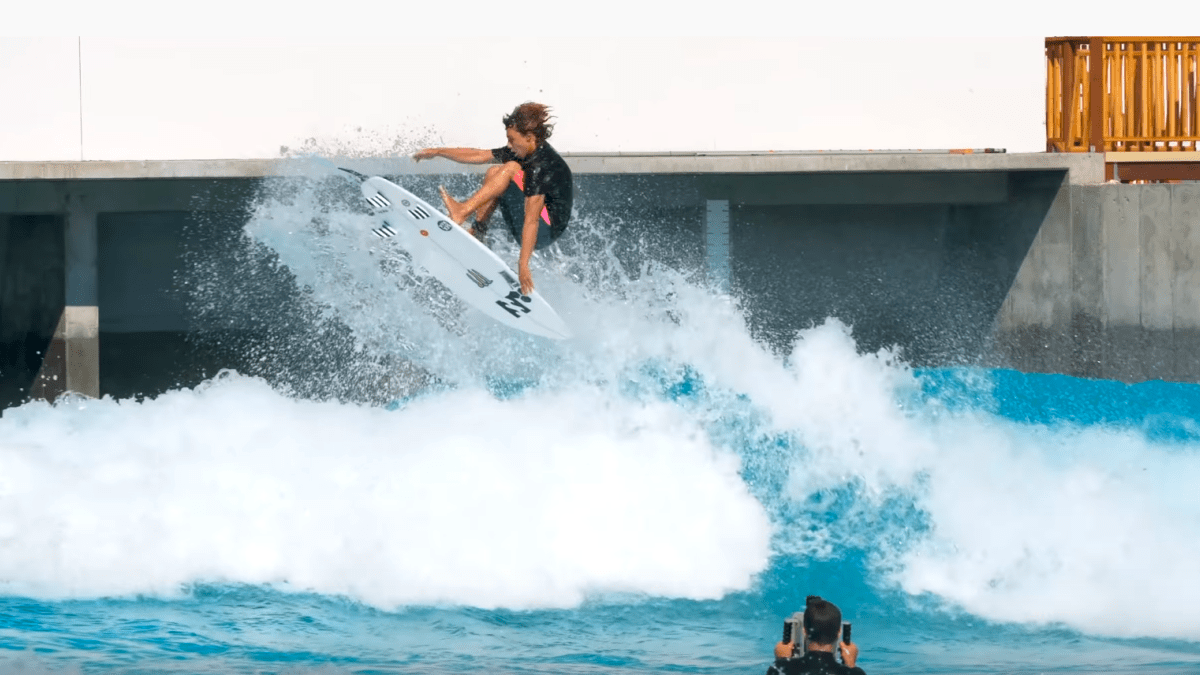 Back in March, Dylan Graves and the “Weird Waves” crew gave us the first glimpse of the Palm Springs Surf Club’s prototype pool. Electric blue tubes wedging off the wall, with the mountains of the Palm Desert in the background, the pool’s set-up was both sensory overload and an exciting look at what’s to come. The only thing was, it lacked a signature air section, like the one at the BSR Surf Resort in Waco, Texas.

After a few months of working the SurfLoch tech like a mad scientist, Cheyne Magnusson dialed in a new wave: A wedge straight into a triangle air section, similar to the one in Waco. After a few test runs himself, Magnusson invited a few of the “Snapt 4” crew — Eithan Osborne, Parker Coffin and Ian Crane — out to the PSSC to see what they could dream up on the new section. Click play to watch the boys drop clip after clip, featuring Osborne’s front-shuvs, Coffin’s backside whips and Crane’s stalefish threes. While most Palm Springs pool parties are for the birds, the PSSC, on the other hand, looks like a chlorine dream.