Part 2, The Evolution | Lift-off: The Story of the Superpipe, Presented by Toyota 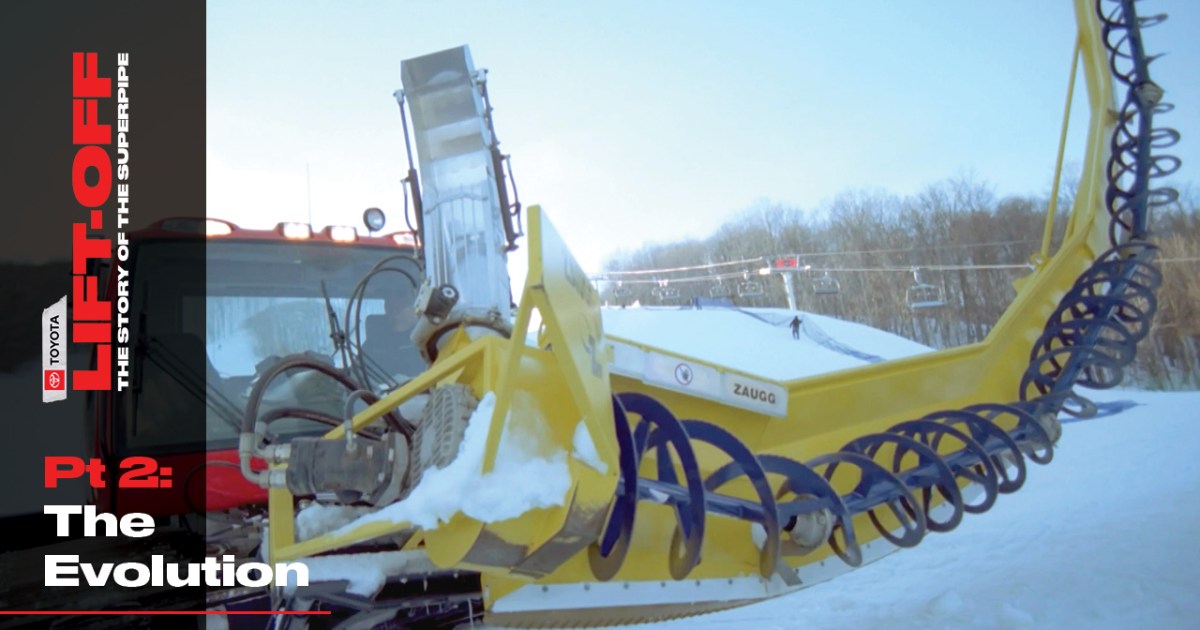 Around this time, the perfect storm of halfpipe progression began to form. Pipes got bigger and better thanks to dedicated park builders and the invention of the pipe dragon, a machine designed to cut a perfect wall instead of shaping them by hand. Events such as the Arctic Challenge contributed to the riders’ ability to progress and ultimately go bigger. In 2002, the US Snowboarding Team swept the podium at Salt Lake City, resulting in one of the most popular Olympic events ever. As halfpipe popularity grew, so did its exposure to the mainstream, giving rise to some of the first international snowboarding superstars.