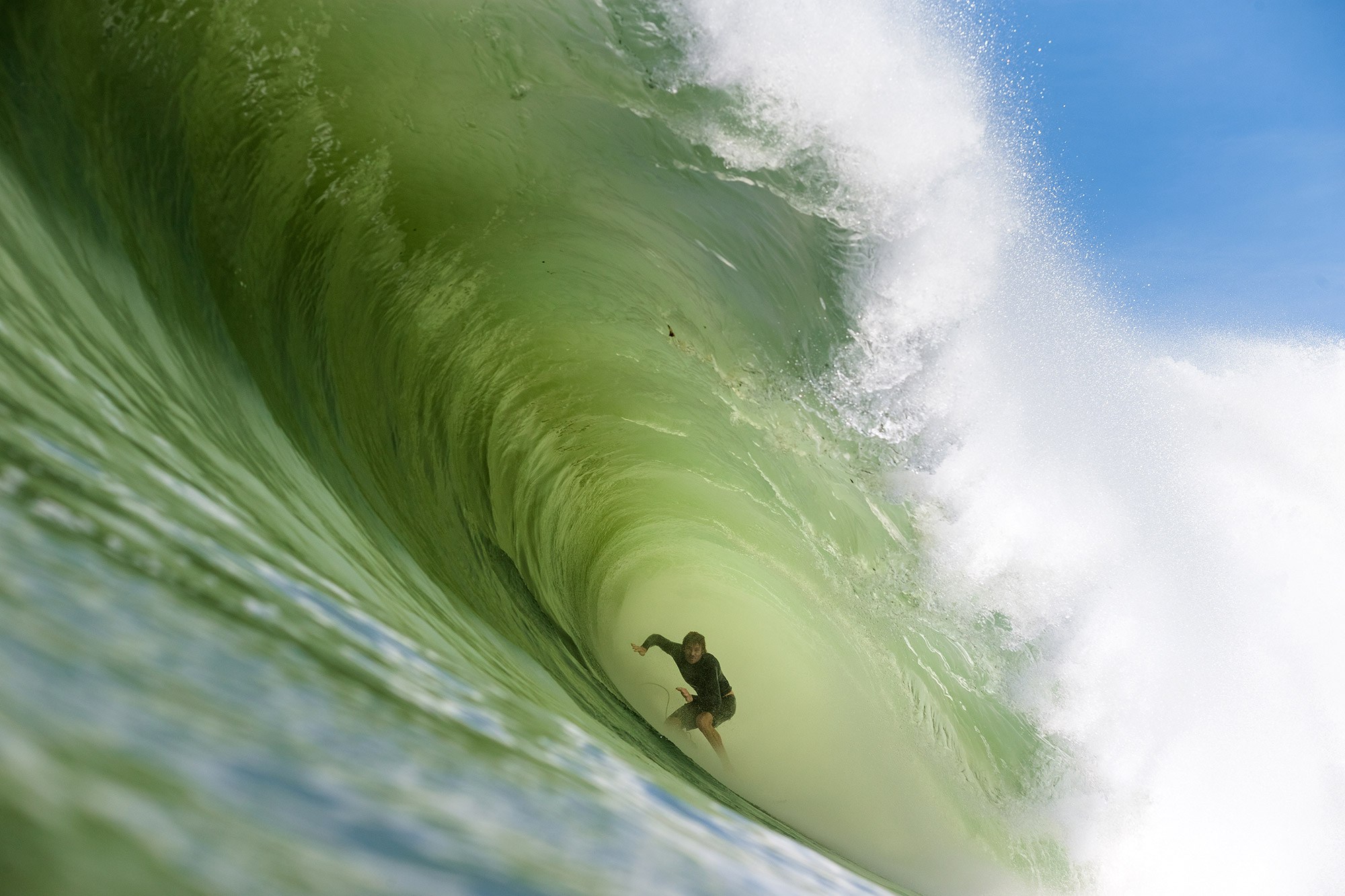 [Ed’s note: The ChachFiles is a travel-based photo series in which photographer Ryan “Chachi” Craig lets us ride shotgun on his strike missions around the world, looking for new angles on some of the best waves and most intriguing personalities in surfing. Check out his latest gallery here.]

Two years ago, Lagundri Bay was hit by a swell of massive proportions. Large swells bombard the shores of Indonesia all the time, but what made July 25th and 26th, 2018 unique was the number of talented surfers that all decided to descend on the tiny island of Nias, at the same time, as one of the largest swells recorded in the Indian Ocean (in recent memory) slammed the island chain. And although we hear the cliché terms “once in a lifetime” or “biggest ever” thrown around loosely, there were certainly moments over the course of those two days that deserve such praise.

I was visiting Australia when I received a text from Hawaiian charger Billy Kemper about a potentially large swell projected to hit Indonesia — more specifically it was heading straight for Lagundri Bay. The usual questions followed: if the swell was on, would I been freed up and interested in going? And maybe more importantly, would I be able to make my flights in time?

We initially went to Nias for the swell set to hit on the 19th and 20th of July. It was a really big swell, by all accounts, but quickly became an afterthought as the forecast grew and grew and we eventually concluded that we were in for a treat. A swell of historic size was headed our way, one of the biggest swells (on paper) to hit Indonesia in the 21st century. It seemed like the entire surf world knew what was coming; people from all over Indonesia, Hawaii and Australia flew to the remote island. With a forecast this large, it was assumed that not many waves in Indo would be able to handle this much swell. Many of the iconic breaks around Bali would be maxed out and the Mentawai’s were also a risky bet.

We decided to stay put. And what happened over the 48 hours on July 25th and July 26th ago will be burned in my memory forever.

Keep reading to get a behind-the-scenes look at how the historic swell unfolded.