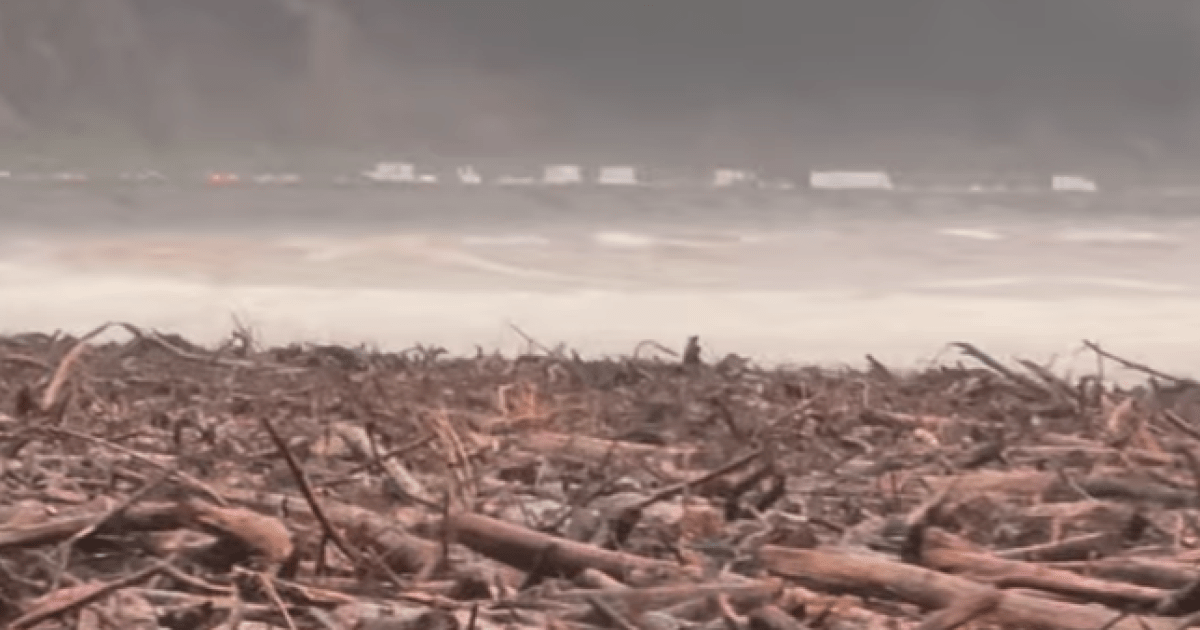 For the second time in the past week, a major storm (and swell) system has bombarded the West Coast, sending epic waves to some areas and unfortunate structural damage to other areas. The Capitola Pier in Santa Cruz was partially destroyed last week during the #bombcyclone swell and this week, the havoc seemed to hit the Santa Barbara coastline.

After a deluge of rain on Monday and Tuesday, Rincon–the Queen of the California coast–was captured above by local Spencer Davis in a state of total disarray. Massive logs are seen along the beach and in the lineup. Trash of all shapes and sizes cluttered the beach and a muddy-brown river of nastiness was rushing out into the lineup. The highway that runs along the break was closed in both directions. Local Santa Barbara shredders like Conner Coffin and Devon Howard were flabergasted at the state of the famed point.

It’s too soon to tell how quickly the swampy, log-filled, likely-hep-infested waters will dissipate, but for now iconic point remains a little less crowded than normal.