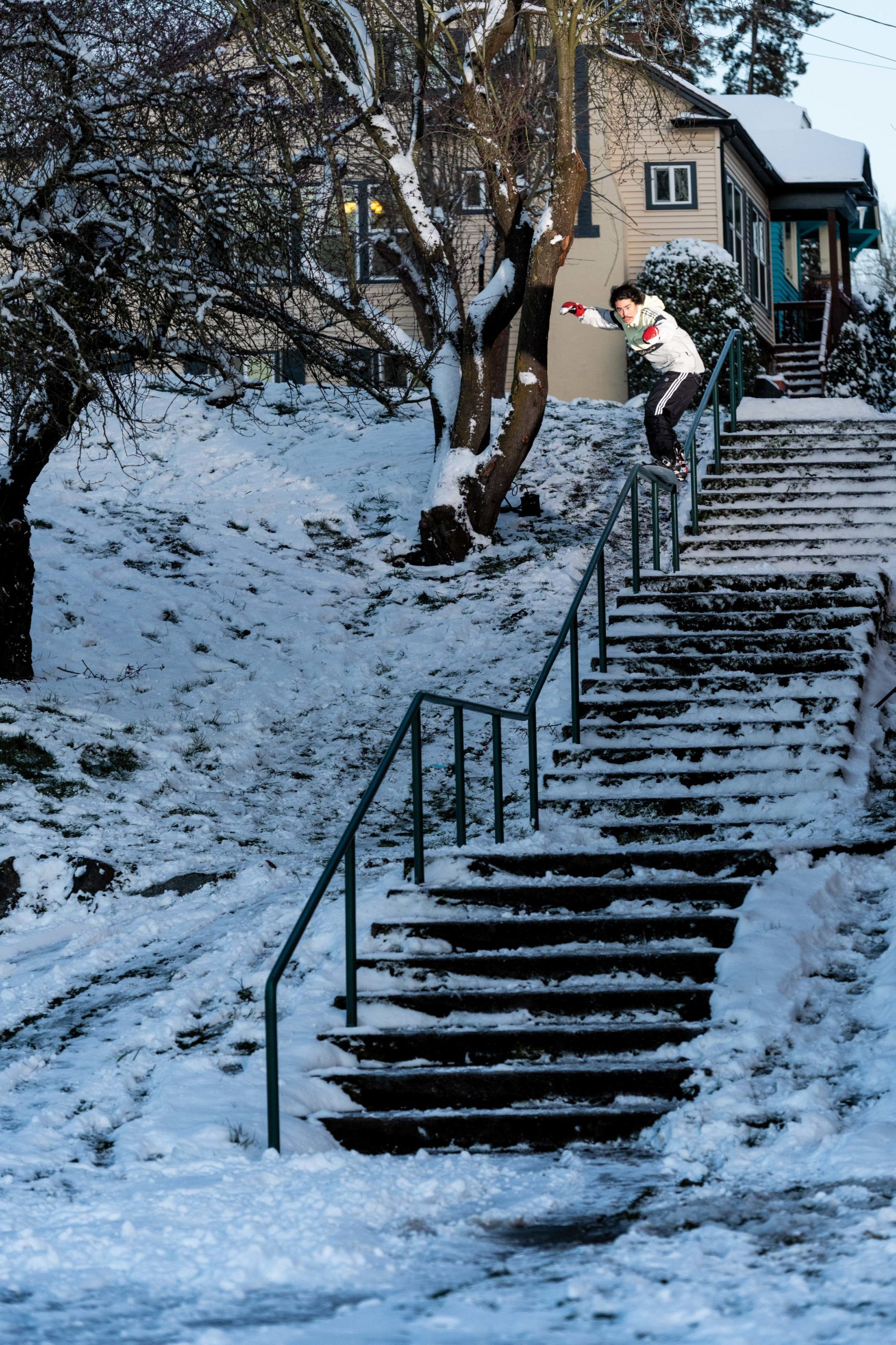 With a handful of industry affiliates calling Seattle home, it is no revelation that the city would be an ideal place to film street snowboarding. Steep hills reminiscent of San Francisco climb upward from the seaport that the municipality was named for. Rails, ledges and stairsets litter the gradients of the streets in every direction with ample opportunity for natural speed. Of course, it’s historical effectiveness as a port city is also the exact detail that prevents the area from getting any snow. 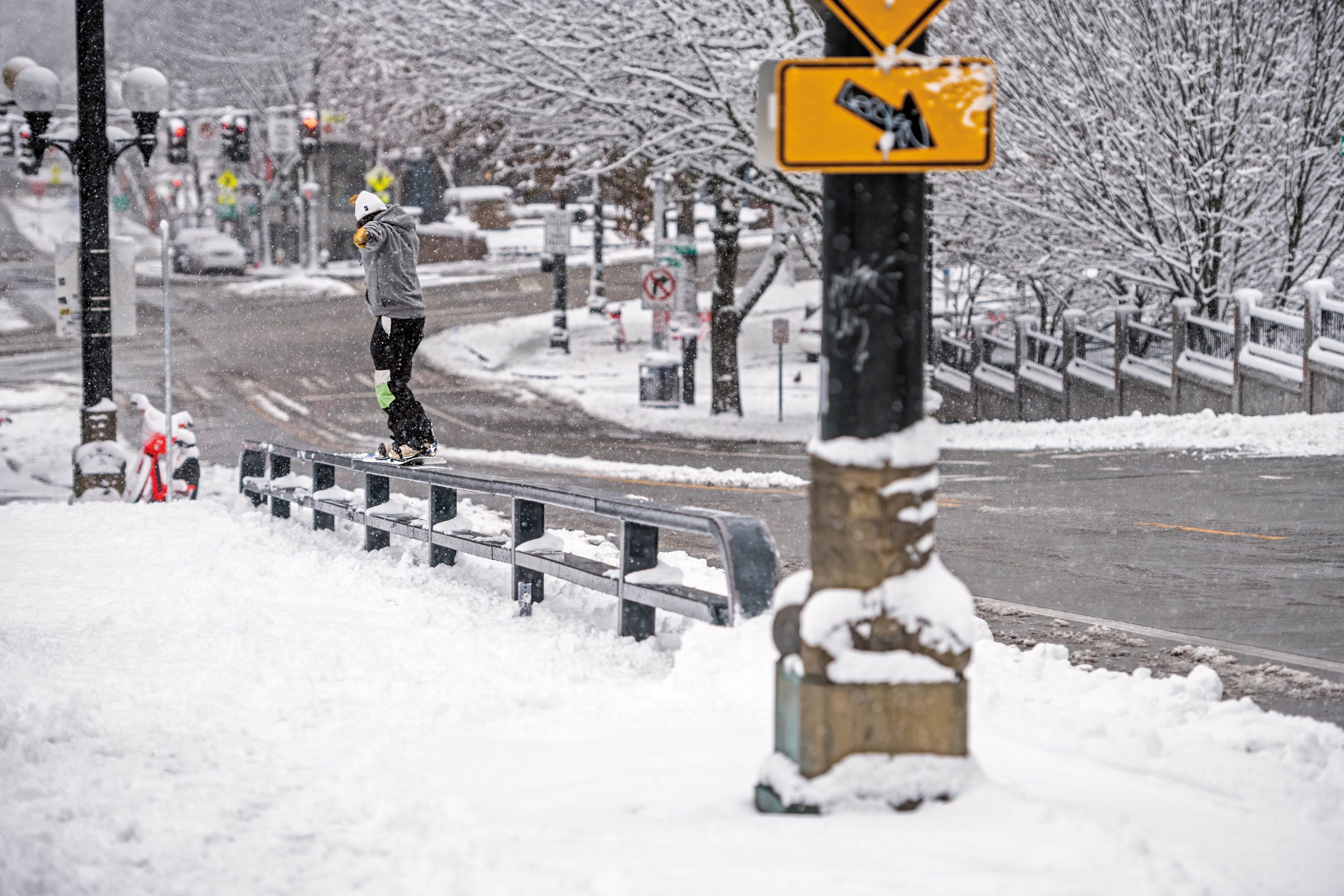 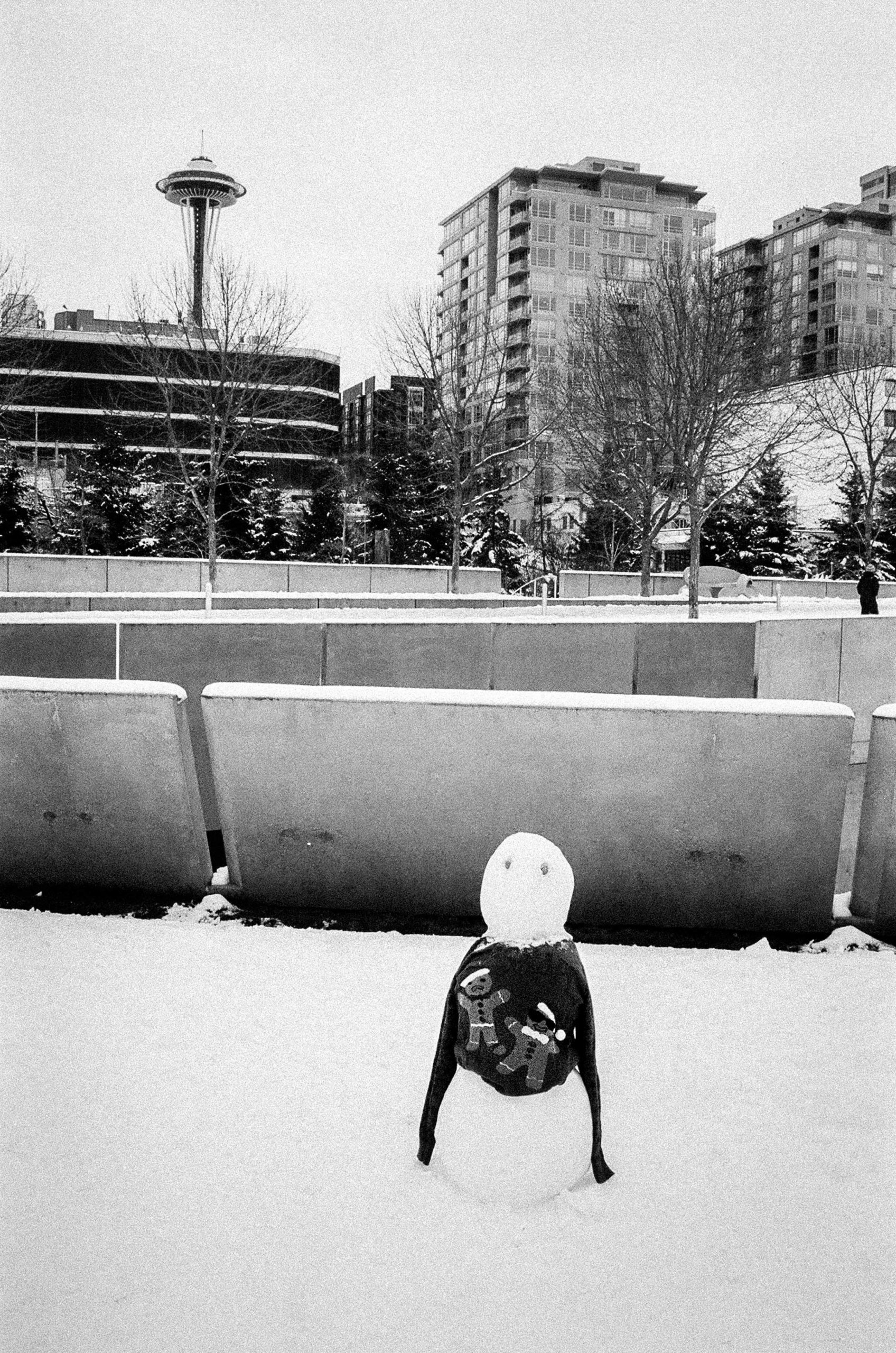 As the mountains to the city’s east and north get hammered with snow, Seattle gets pelted with continuous rain, a harsh reality that daunts many residents as they drive their cars to local resorts each winter. This year though, serendipitously timed with the Legendary Banked Slalom taking place just a few hours north, Seattle was blessed with a week-long storm that effectively shut down the city. Well, shut down the city to normal people, at least—people who don’t snowboard. To snowboarders, the storm allowed an opportunity to break ground on spots that have been ogled for years. 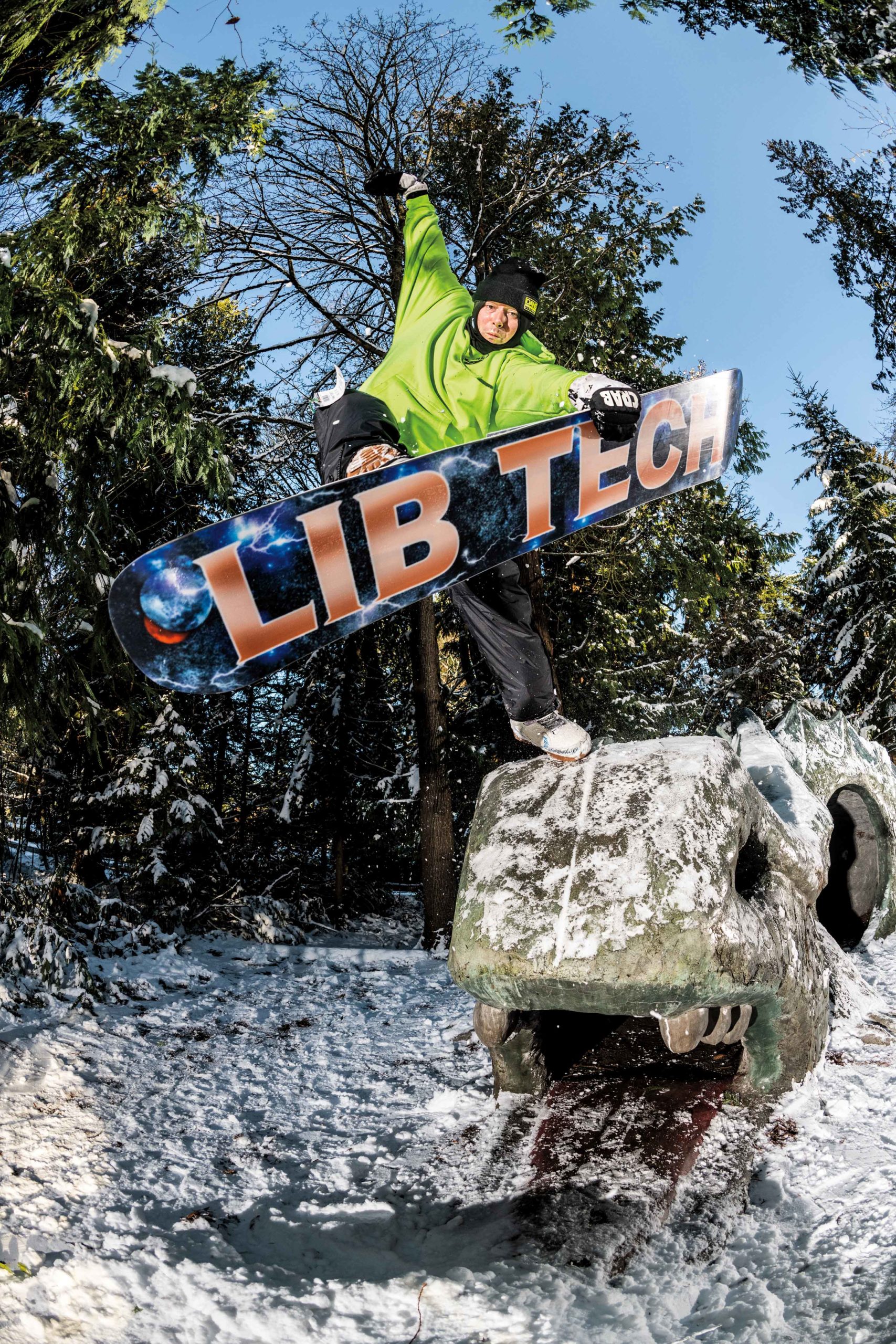 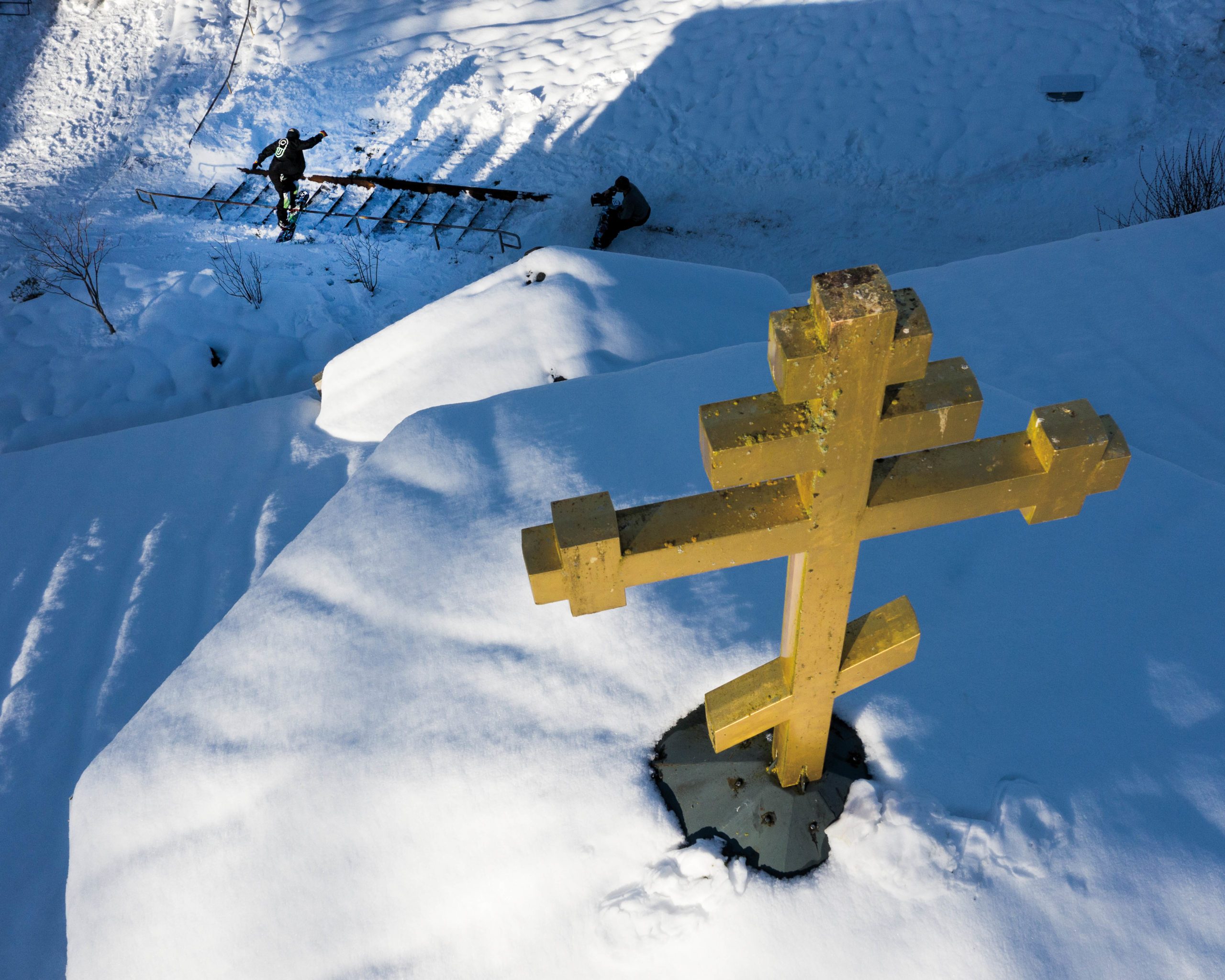 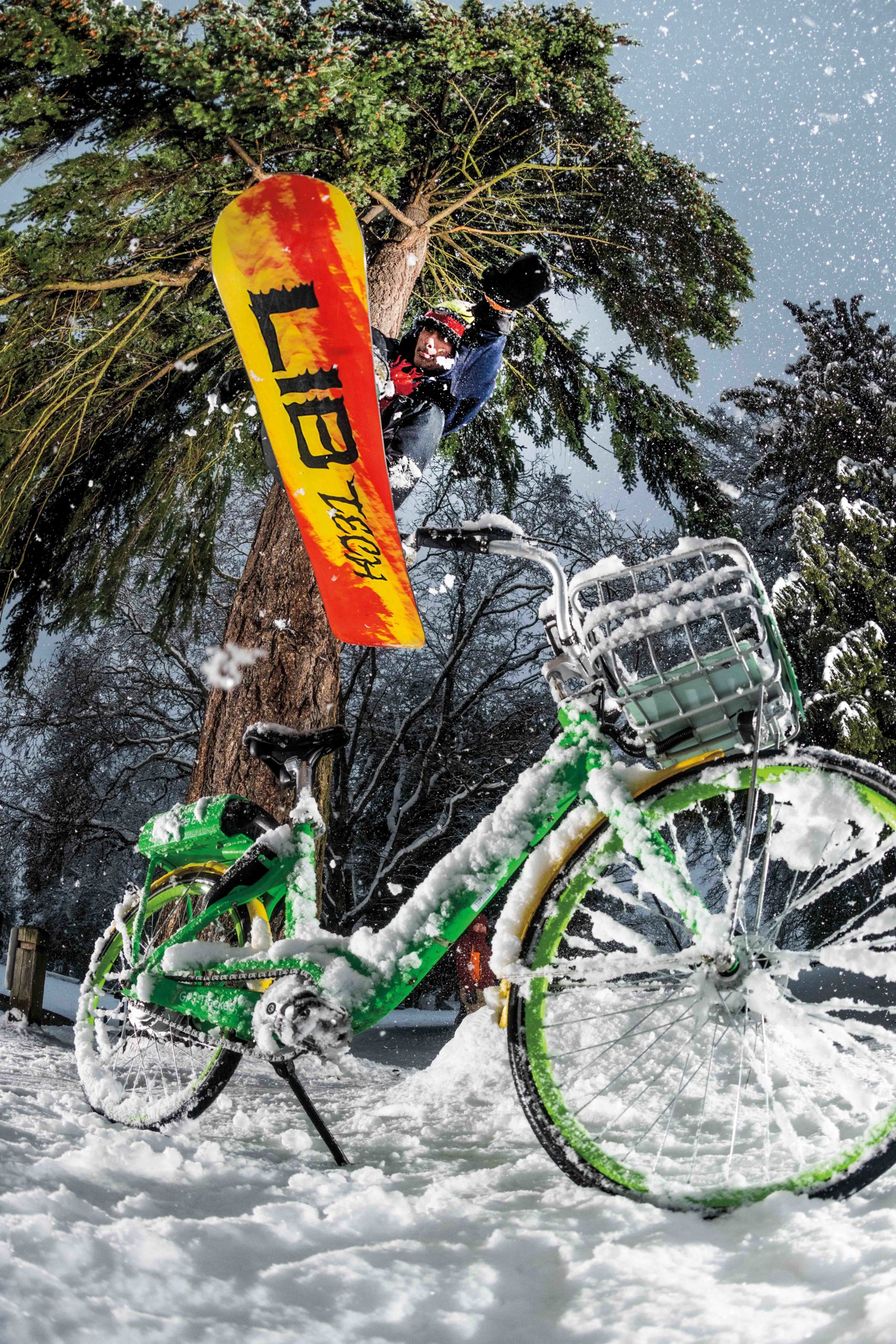 It didn’t take long for word to spread that Seattle was game on. Having just arrived in the city from the LBS with Max Warbington, I saw firsthand as the snowboard residents of Seattle transformed their homes into full-on hostels. Bodies littered every inch of the carpeted floor of Max Tokunaga’s Seattle rental with film crews and members of the media, meeting back at the house each night. As they merrily cracked open cheap beers and laughed at each other’s antics, they all waited for the next day to come. The stakes? A dwindling opportunity to hit spots that may not be hittable again for years. But as these things often go, the dense snow turned steadily to rain, slowly pushing each crew in their own respective directions. 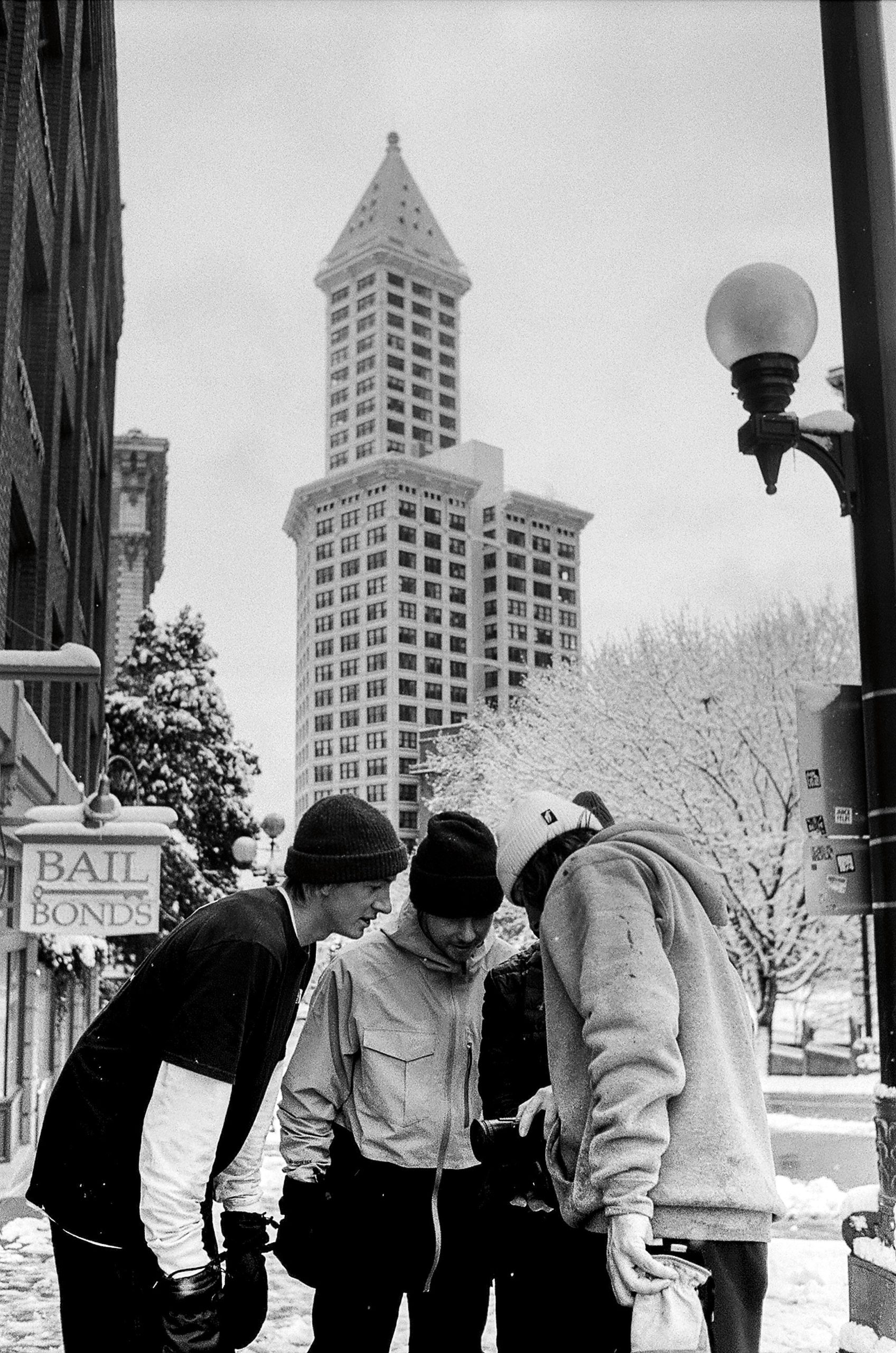 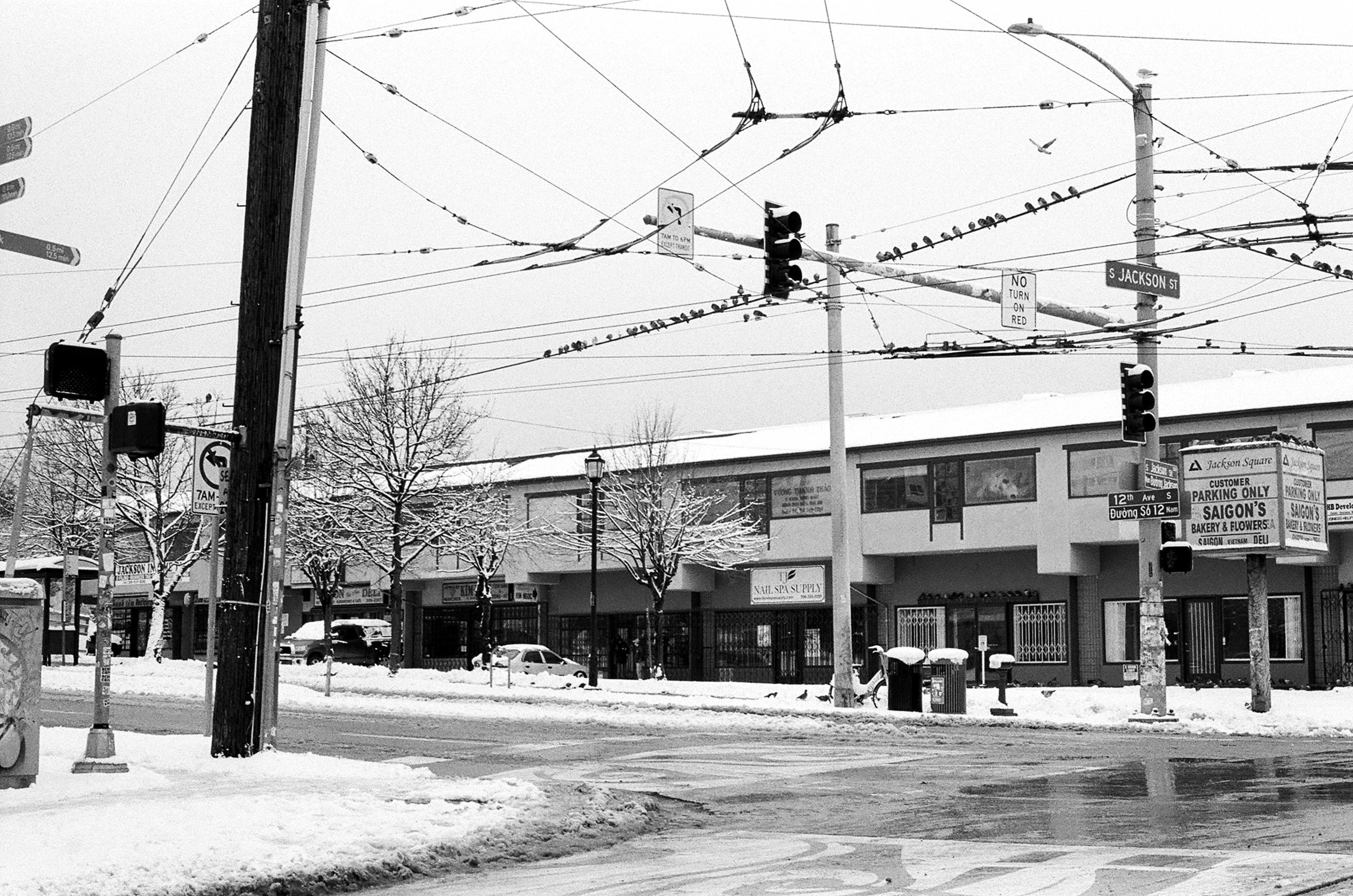