Son of Cobra and Dustin Bernard Are Mystic Resin Wizards 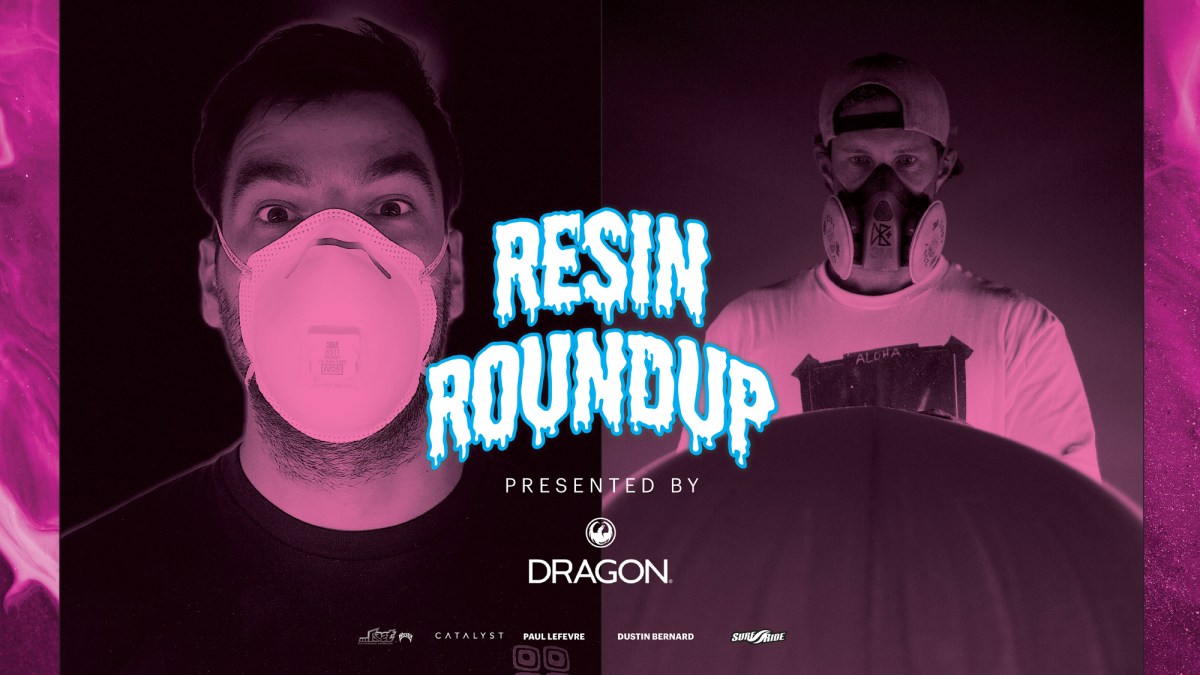 Bernard got into resin art, “From the get go,” he says. Soon as he learned how to mix resin and glass a board properly, he started thinking, “Hey, how weird can I get with pigment?” He was learning with a glasser named Ruben Garcia, alongside Ryan Burch, but where Burch was mostly into building strange asyms and stubby, bizarre fishes, Bernard was thinking bright colors and personality in his boards.

Also, the business side. Always gotta keep an eye there, Bernard explains. Making a resin art masterpiece is far from quick and easy. Just to properly lay up and glass a regular clear board is at least 4 hours of work, Bernard says. To make a relatively standard resin tint board with maybe a couple different shades, if not different colors entirely, well, now you’re looking at 8 hours. The black-railed, swirly pink beauty he entered into the Resin Roundup? That sucker consumed between 20 and 30 hours of Bernard’s precious time. Did you have any idea resin tints and board art took that long? Most people don’t.

“Surfboards in general are sold at a way undervalued rate,” Bernard says. “People end up buying clear boards just because of the lower price, but even then, so much work goes into them.”

Like LeFevre, his competitor in this opening bracket, Bernard made the board he submitted. He practices his technique and the colors he wants to use on plywood sheets, unlike most of the glassers in this challenge. He possesses a refined artist’s eye and used to paint canvas with acrylics. Now, it’s mostly surfboards and resin. A challenge, not only because the medium itself can be difficult, but because you’re dealing with an unpredictable public.

“People will order a board with resin art with a specific idea in their head of what it will look like, describe it to you, then you make it. Sometimes they see it and say, “Oh, that’s all wrong. I’m not buying that.” Gotta have thick skin in this business.