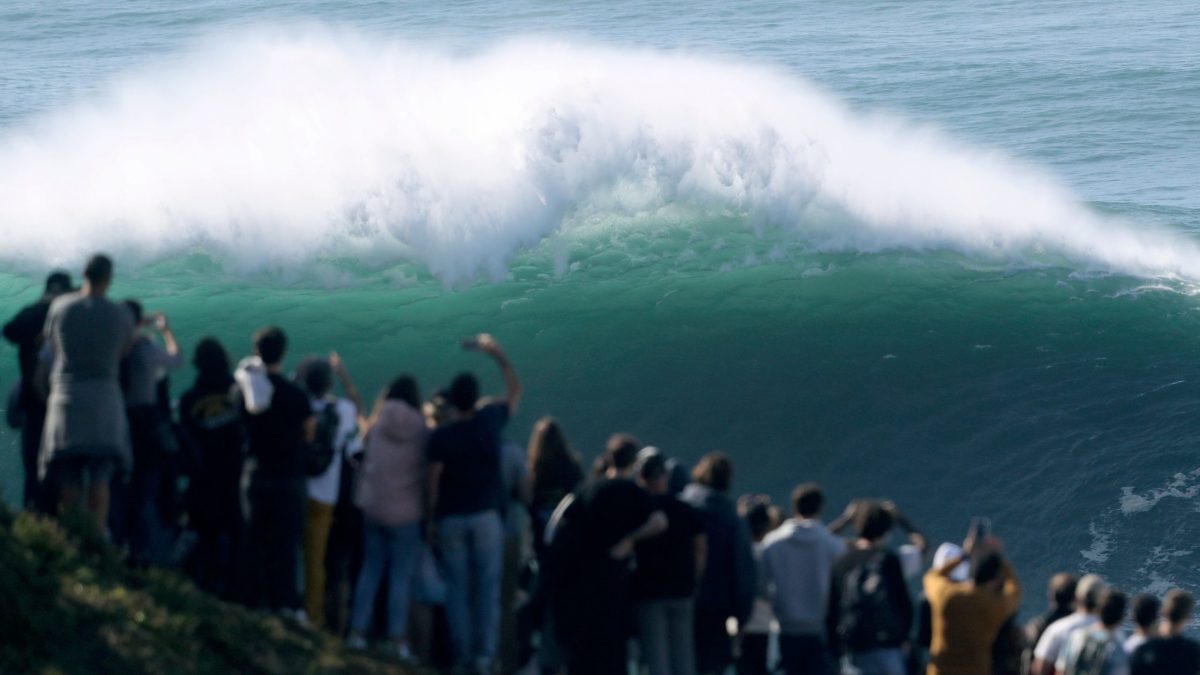 Last week, Nazaré experienced one of its biggest swells in recent memory. As expected, many of the world’s top big-wave surfers flocked to Portugal and put on show that attracted lots of attention––both online and in-person. But while the eye-popping clips circulating social media have drawn millions of eyeballs, it was the thousands of people watching the spectacle from the beach and cliffs that drew the attention of government officials.

In normal times, crowds gawking at surfers riding liquid mountains is a typical part of the Nazaré atmosphere. But 2020 is no normal year and with a global pandemic continuing to surge, Portugal’s National Health Commission decided these crowds could not be allowed to happen again.

The result? A ban on surfing at Nazaré.

“In the current context of the pandemic,” said Jose Antonio Zeferino Henriques, Lieutenant Commander of the National Ministry of Defense, “Praia do Norte, municipality of Nazaré District of Leiria, is prohibited for the activities of Free Surf and Tow-in Surfing, as determined by the Regional Health Officer of the Regional Health Administration of Lisbon and Vale do Tejo, due to the promotion of public crowding, which constitutes an increased risk for public health.”

Portugal has seen Covid-19 cases skyrocket during the month of October, with daily cases increasing from 854 on October 1 to 4,007 on October 31. And with a mountain of media clips showing large crowds and very little social distancing, the government officials decided to step in and put an end to “the show.”

While it’s still unknown exactly how long the ban will be in place, the official order claims “until further notice.” Interestingly, it has also been reported that the mayor of Nazaré is already working to help surfers regain access to the water, as long as it is not an “event.” Where that leaves the Nazaré Tow Surfing Challenge––its holding period began on November 2––is unclear for now.

Unquestionably, the eyes of the surf world will be on this latest development. In the meantime, enjoy some of the best action from last week’s monster swell.