HONOLULU, HI—February 16, 2021 – T&C Surf is joining forces with local island brewery Honolulu Beerworks. The partnership brings together an ICONIC Hawaii Surf brand with a long and rich heritage with a relative upstart in the local beer scene. No doubt these locally owned and operated businesses will continue to make waves well into the future. The limited-edition Surf Sessions IPA will be released on February 16th at Honolulu Beerworks and is available on tap or in 12 oz can 6-packs. Select local grocery stores in Hawaii will be retailing the IPA come early March. 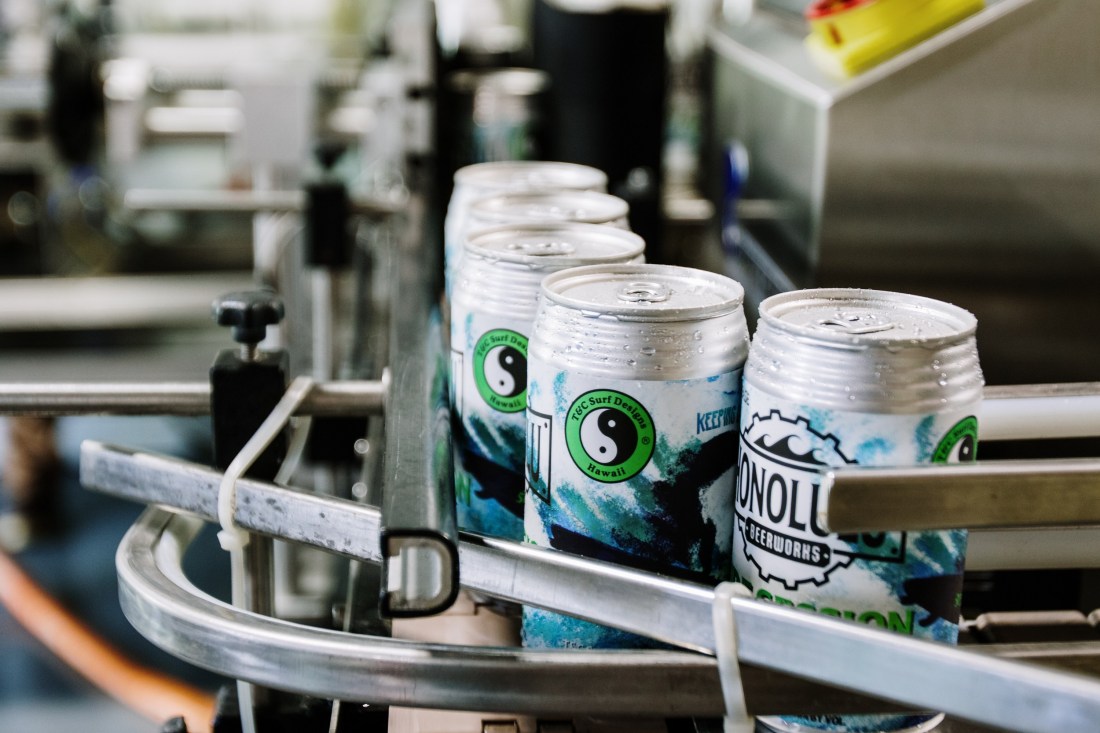 The Surf Sessions IPA is an easy-drinking beer perfect after a day of surfing. It incorporates El Dorado and Citrus hops which were chosen for their aromatic and palatable qualities. The beer is a low ABV, hazy IPA with huge citrus, stone fruit, and tropical fruit flavors. With no IBUs, the overt bitterness of a typical IPA is neutralized thus creating the hop aromas and flavors to shine.

“We are stoked to be partnering with Honolulu Beerworks to celebrate our company’s 50-year milestone” says Ryan Sugihara, VP of T&C Surf Designs. “It was important for us to work with a local brewery that aligned with our brand.” When Geoff Seideman, owner of Honolulu Beerworks was presented with the opportunity of creating a celebratory beer for T&C’s 50th he loved it from the start. “My very first surfboard was a Town & Country. It was shaped by Tommy Tanaka and I still have it!” And thus, began the process of collaborating with T&C Surf on this congratulatory beer to celebrate 50 years of surfing. 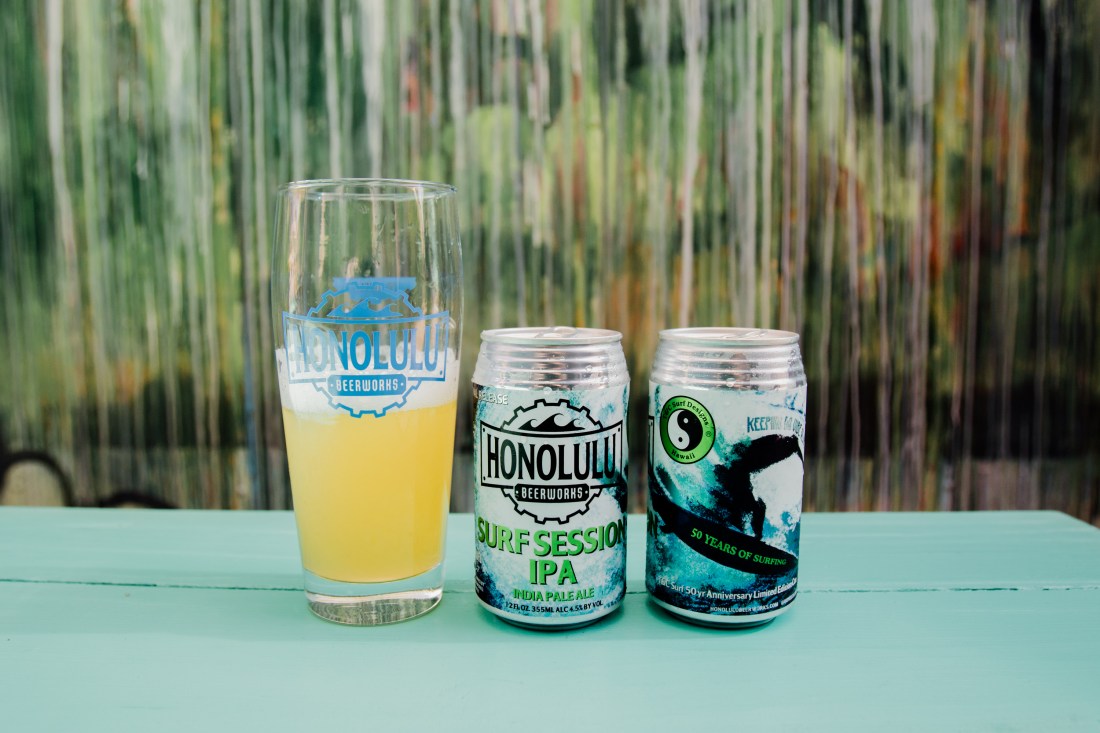 T&C Surf was founded in 1971 by local surfboard shaper, Craig Sugihara.  T&C Surf has evolved from a small Hawaii surfboard manufacturer into a multifaceted international leader in the surf industry.  The operation today includes the following divisions: Surfboard Manufacturing, Retail and International Licensing.  The surfboard division operates from a state-of-the art shaping facility in Wahiawa. It provides our highly skilled board shapers with the best tools for designing and producing some of the world’s most sought-after boards. T&C Surf operates six stores on the island of Oahu, solidifying our position as a market leader.  Our retail locations will now include:  Ala Moana Center, Pearlridge Center, Kahala Mall, Ka Makana Ali’i, Haleiwa Store Lots, and Windward Mall. The licensing division has agreements around the world, including Australia, Brazil, Japan, France, Indonesia, New Zealand, Portugal, and Spain. Visit us online at TCSurf.com.

Founded in 2014, Honolulu Beerworks is a family owned and operated craft brewery on Oahu specializing in artisanal craft beers. With over ten International Beer Cup Medals, and a limitless amount of creativity, Honolulu Beerworks delivers the finest beer in the islands.