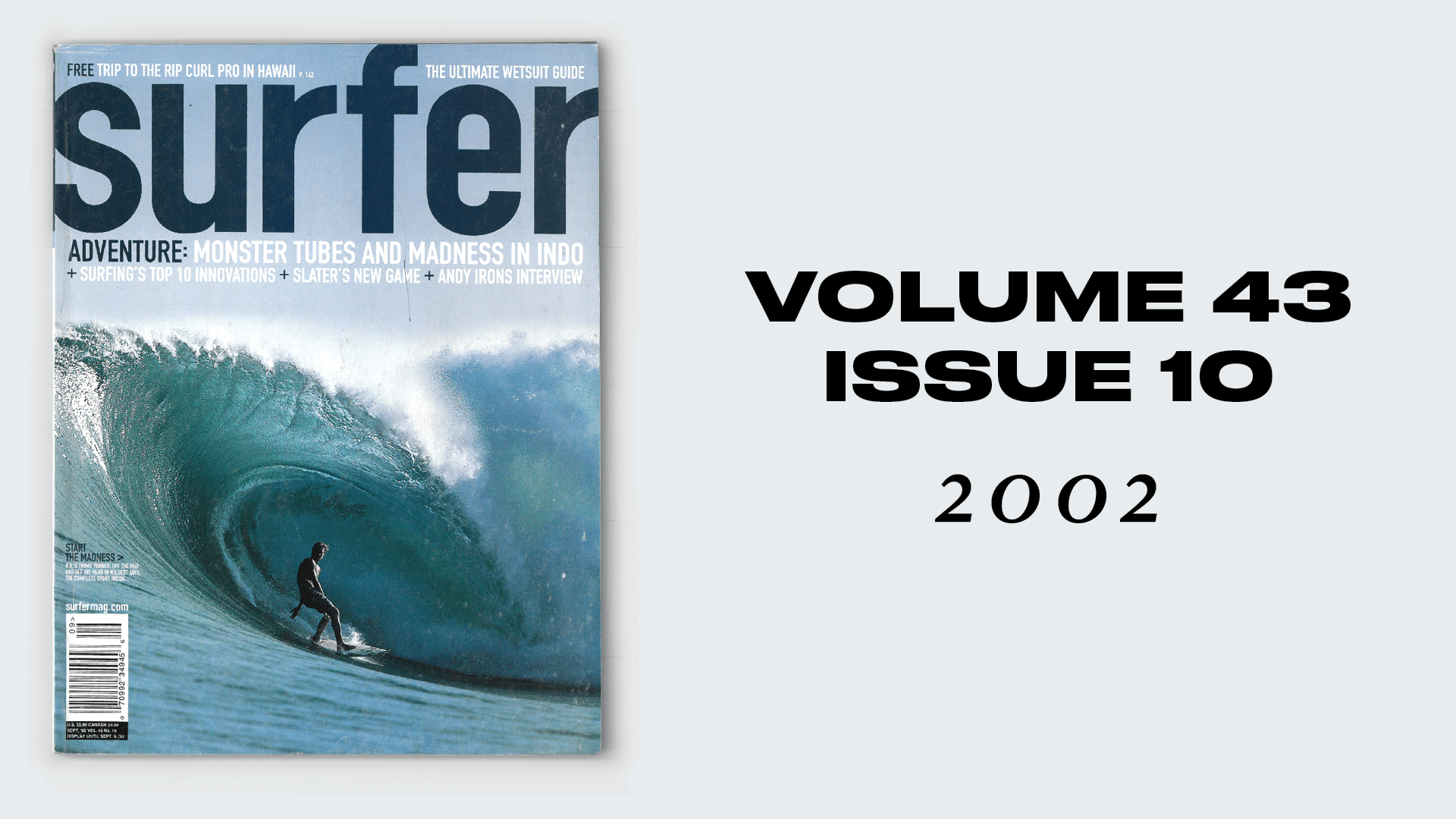 “When I first saw this cover, it was like one of those “holy shit” moments. When you look at this perfect wave, you want to know where the hell it is. It’s the kind of wave surfers dream about. It’s Timmy Turner at Apocalypse, shot by Jason Childs, and the story about Turner’s journey in Indo is a feature in the issue. It’s one of the most beautiful waves that has been on a SURFER cover.” Photo by Jason Childs “This is Kelly Slater at Jeffreys Bay shot by Lance Slabbert. When the sun sets in J-Bay during the winter, the sky gets this pinkish, purple color to it. In this photo, Slater’s riding a Spyder Murphy twin fin and the image was shot after the sun had gone and at a really slow shutter speed. At the time, everyone recognized this as Kelly, with the white wetsuit and everything. I saw that picture and knew it was an instant cover.” Photo by Lance Slabbert “This is an Andrew Shield photo and the surfer is Trent Munro. When this slide came across my desk I thought it was the perfect cover. I was always looking for a shot that sums up the feeling of surfing alone, on a perfect peak, on a perfect beach. It’s very hard to get those images where all the elements come together. It’s funny because the guy is putting his leash on and there’s a set of footprints going straight to the peak. It’s hard to tell if he just walked out of the water, but it sort of leads you to the wave. It’s such a dreamy little moment. It reminds me of Craig Peterson’s shots of jumping out of the boat or looking out of the tent—a scene where every surfer wants to be.” Photo by Andrew Shields