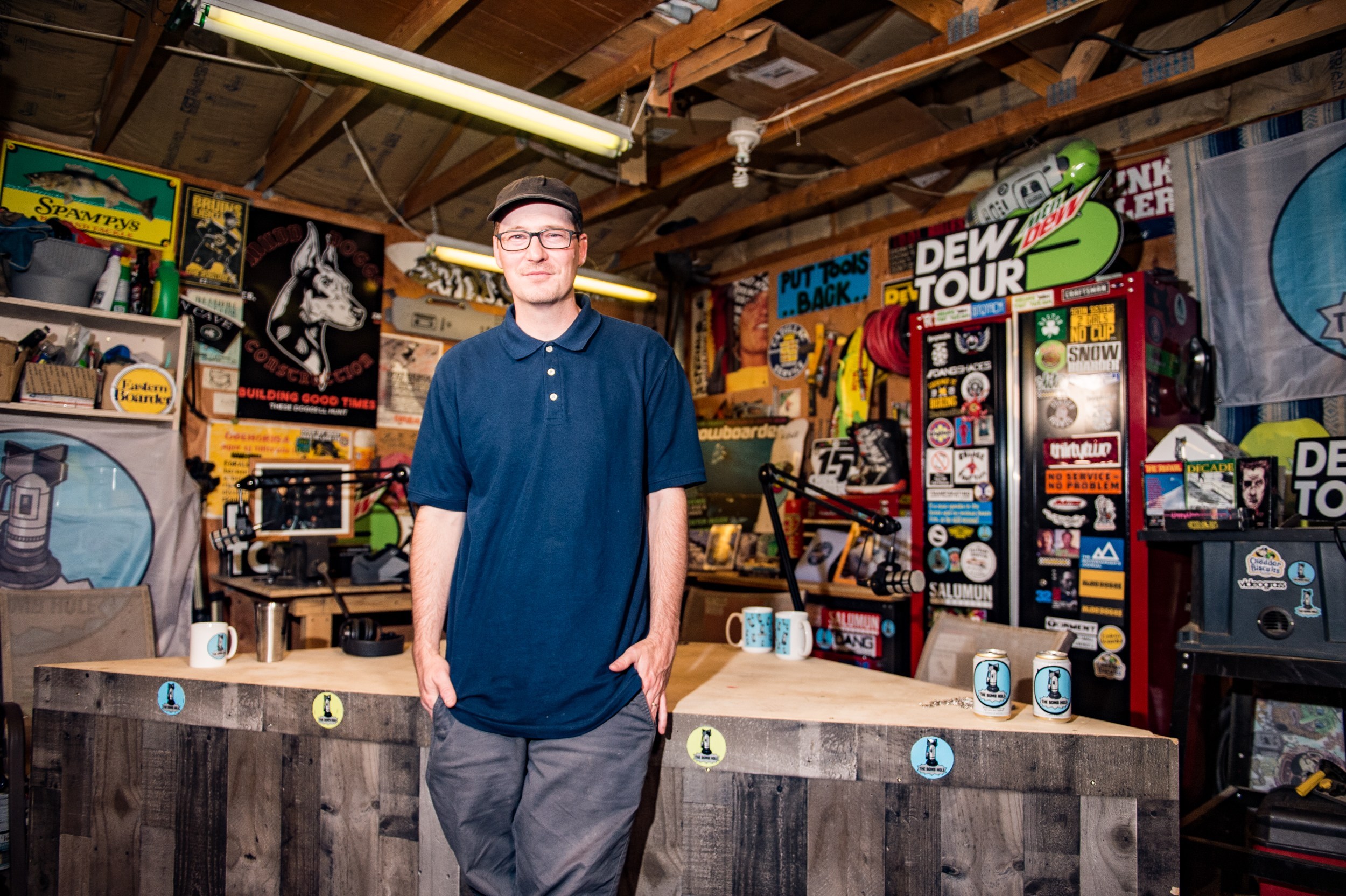 It’s tough to pin one label on Justin Meyer, this week’s guest on The Bomb Hole. Many will know him primarily as the visionary behind the film production company, Videograss. Yet, in addition to 13 Videograss flicks, he’s also produced standout projects for adidas Snowboarding, Thirtytwo and more. Not to be pigeonholed as simply a video head Meyer’s entrepreneurial drive led him to start Death Lens, a wide-angle camera attachment for phones perfect for filming snowboarding, skateboarding, etc. He also hoodwinked the entire industry for two years with a spoof IG account called Change that Vape, taking aim at Grenier, Stevens, Merrill and Co.’s Change That Vape. Whatever you are here for, hit play and let it roll with one of the most prolific snowboard content producers of the modern era.

From The Bomb Hole desk:
Some call him the Evil Genius or Darth Meyer because of sneaky moves like Change that Vape on Instagram that had people stumped for two years on who was running it as he photoshopped incredibly funny photos of pro snowboarders blowing large vape clouds and it was referred to as “getting vaped”. This filmer/producer has dropped 13 of his own movies with his production company Video Grass and a handful of other amazing projects for brands such as Adidas and 32! He has created successful business en-devours like Death Lens which changed the game for kids wanting to film rad shots for their own projects right from their phone. He comes from humble beginnings growing up in the area of Vegas known to the locals as naked city and is now not only a great friend to us at The Bomb hole but also one hell of a great father and family man. We are very excited to be able to bring you the story of Justin Meyer!