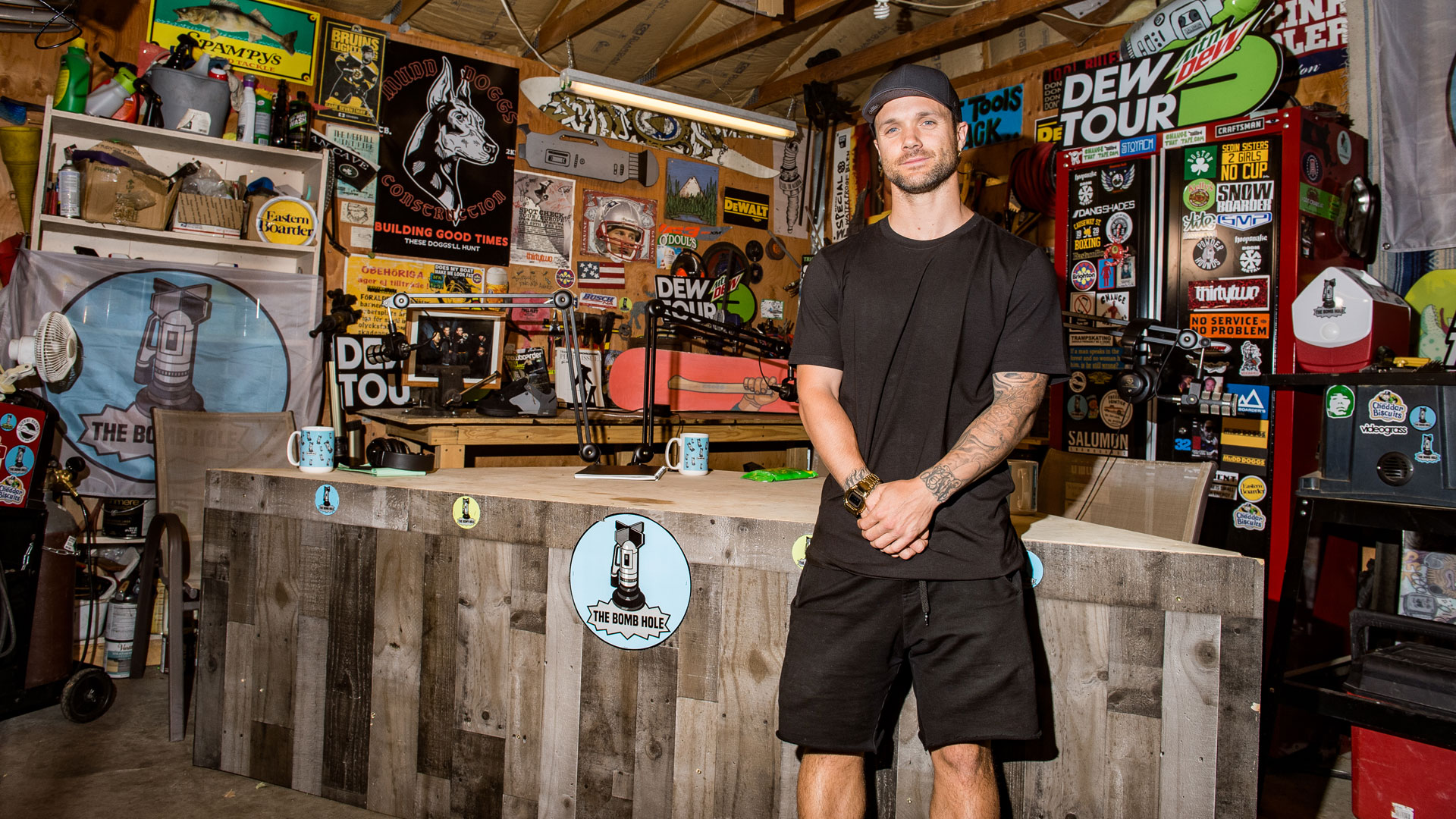 From The Bomb Hole desk:
A standout in the halfpipe way before he became a star on the screen, Louie Vito has had an impressive snowboard career, from his start in the the humble hills of Ohio to Stratton Mountain School, riding with the Grenade crew to competing in the Olympics. He’s put together an insane resume to add to his X Games Medals, Grand Prix and Dew Tour Cup wins—actor, tv personality, contest announcer, Dancing With the Stars alum and more—and he runs the gamut in the latest episode of The Bomb Hole. Two-step on in!

From The Bomb Hole desk:
Pro Snowboarder, Actor, Olympian, 6 Times X Games Medalist, Dancing With The Stars, Model, Two Dew Tour Cups, Grand Prix Overall Champion, Contest Announcer/Personality not to mention the CW Networks Most Awesome Athlete Award. The Bomb Hole is stoked to have Louie Vito in the studio for a conversation about his journey from shredding the hills of Ohio to winning medals in the Olympics as well as hanging in Hollywood. He is a snowboarder on a very short list that became a house hold name in 2009 bringing our sport into the homes of 22 million people when he competed in Dancing with the Stars. He is one of the most down to earth nicest guys on the planet and we welcome him as this weeks guest of The Bomb Hole!