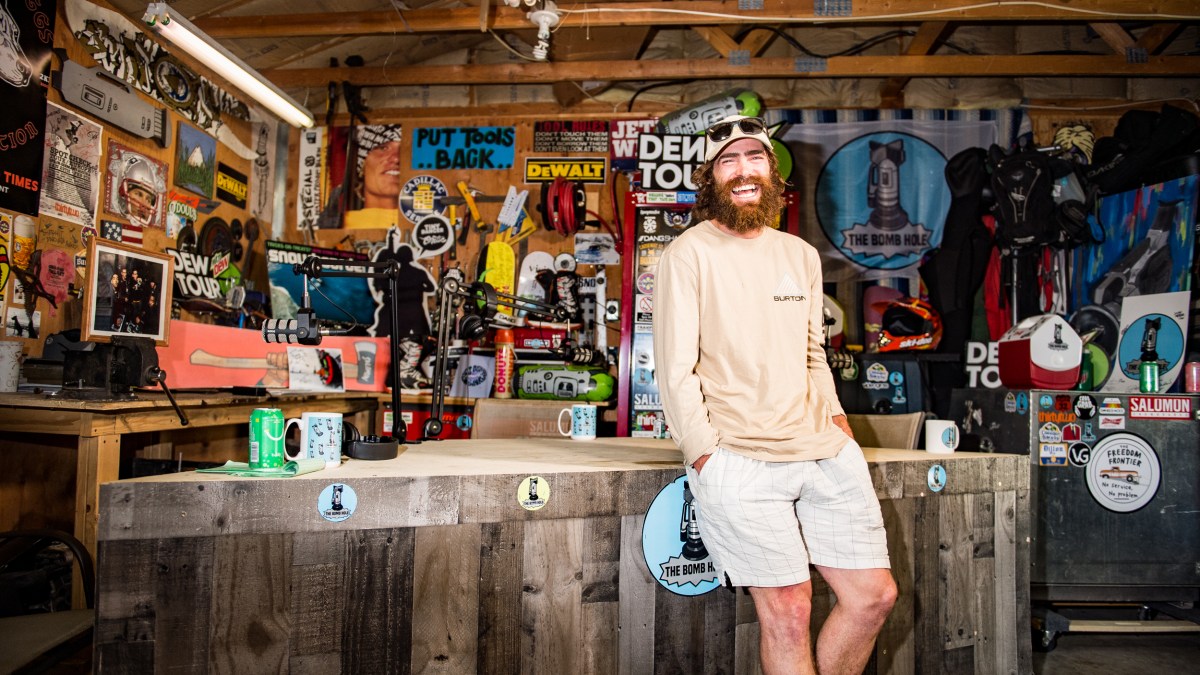 Another scorcher from The Bomb Hole! Danny Davis features this week, talking Frends, contests, cheddar bisc, One World, losing Jake, the impact of Kevin Pierce’s injury and his own recovery from an ATV accident, Peace Pipe, Derek the Rig, getting out the vote and more. Dig it!

From The Bomb Hole desk:
TV commercials, a pro snowboard career with too many accolades to even list, Frends crew, Frendly gathering, Peace Park, Shalpanism, pipe, powder, slopestyle, Burton’s new project “One World” and a switch method better than most rider’s regular method, as well as some world-class rider impersonations you have to hear. This week we are proud to sit down with the legendary Danny Davis. From personal injuries to his best friend Kevin Pearce’s life changing injury and losing Jake Burton, these Bomb Holes in life shaped Danny to become the rider and man he is today. Tossing the spin to win mentality out the window and putting style above all, he became one of snowboarding’s most loved pros. He might look like a traveling homeless man, but don’t judge a book by its cover. Danny Davis is one of the greatest pros of our time and we had the pleasure of sitting down and talking to him about his journey from the small hills of Michigan to becoming one of Burton’s marquis pros, a household name in snowboarding and more on this weeks episode of the Bomb Hole!