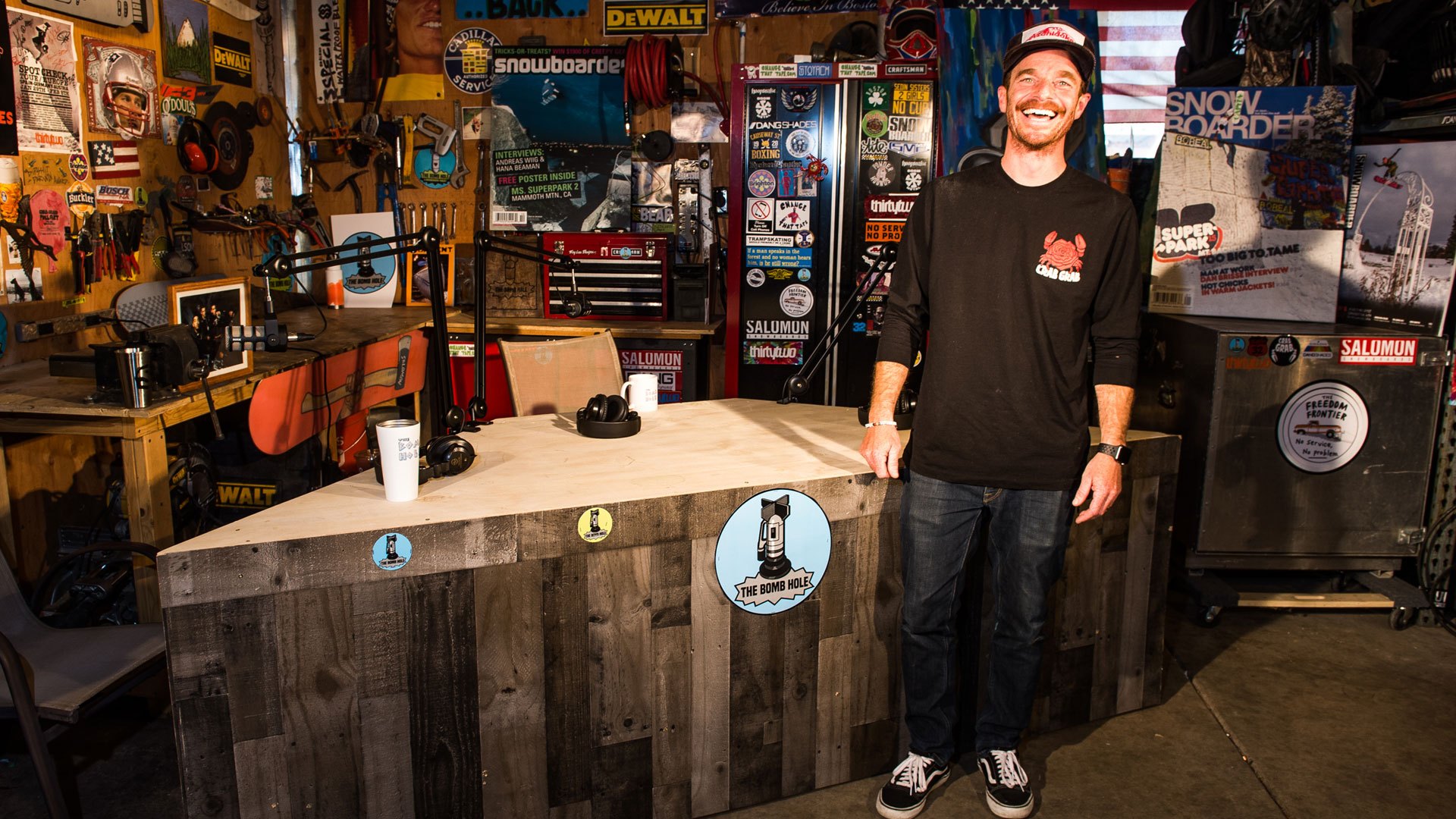 Longtime SNOWBOARDER Magazine editor Tom Monterosso, perhaps better known as T Bird, joins the BudDiesel duo for a rip roarin’ zig zag down memory lane. T Bird’s way with words laid the foundation for an incredible career in snowboard media and makes for a riveting discussion in this brand new episode of The Bomb Hole.

From his early days idolizing the characters of Plymouth State’s infamous Blue Lodge, to his beginnings at SNOWBOARDER living in a tent on Ben Fee’s porch, the chat moves through memorable trips across the globe and pivotal moments in snowboard history on up to T Bird’s life after the magazine, striking some serious notes but never straying far from the humor for which he is known and beloved. Speaking of notes: who knew that cherry wood could so dramatically influence the aural impact of a fart? Clear the schedule and let ‘er rip!

The duo known as BudDiesel sit down with one of snowboarding’s greatest media assets, T Bird. He spent 13 years crafting cover blurbs and writing almost every caption for photos in SNOWBOARDER Magazine. Years of producing insane travel features and riveting interviews with some of our sports greatest personalities. Then picked up a camera, locking down imagery for us to drool over, producing covers and securing the coveted role of Ride Snowboard’s staff photographer. He announces events along side people like Sal Masekela and Louie Vito. T Bird has been a great voice for snowboarding for many years and also happens to be one hell of a funny dude as well as a great husband and father. It’s fair to say T Bird is one of snowboarding’s top content creators and in this digital age it’s one hell of a time to be a creator of content.