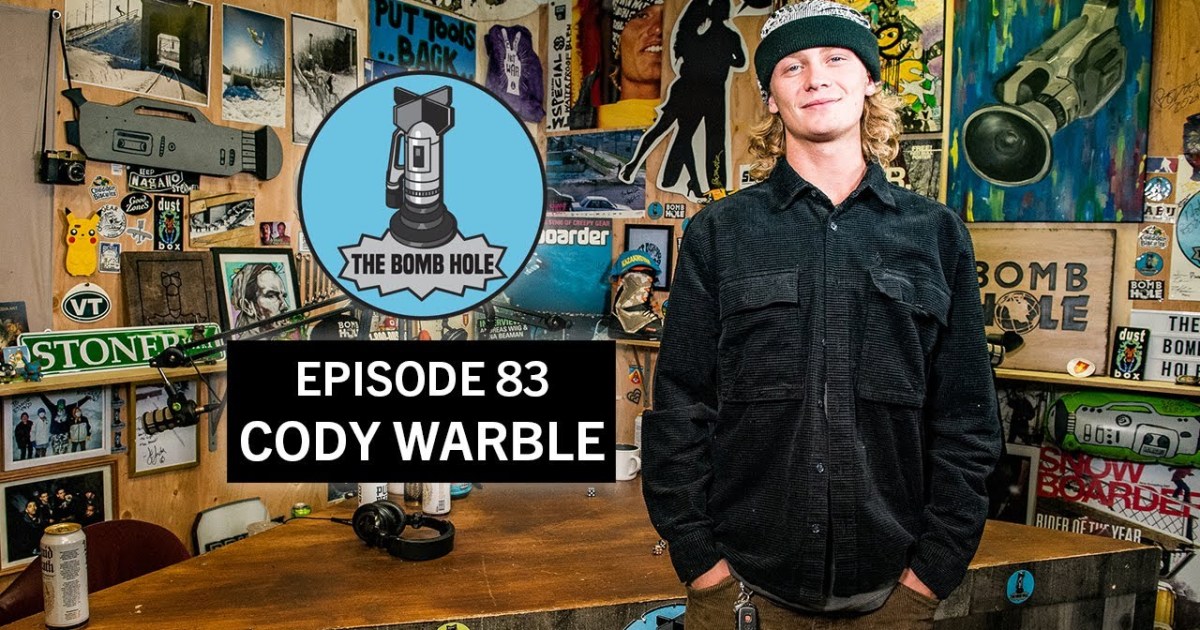 From The Bomb Hole:
Every couple years the torch is passed to the next generation of Snowboarder’s and it’s safe too say Cody is one of the rider’s that is at the top of the list of the next wave of pro’s that will be holding it down for the long haul. This week we talk everything Dust Box, coming up in Colorado, being a child prodigy, having a crew mentality, Dream Castle, how to deal with cop’s and so much more. Cody is a true ATV who’s riding shines in the street’s as well as just mobbing around the resort and hitting park jumps. Join us on this week’s episode of The Bomb Hole and find out what it’s like to get sponsored at 7 years old growing up around some of the biggest pro’s in snowboarding but ultimately finding his own crew of like minded shredders and forming the next dope clique in snowboarding The Dust Box. Check out the new Dust Box movie “Dream Castle” and you will see what we mean!