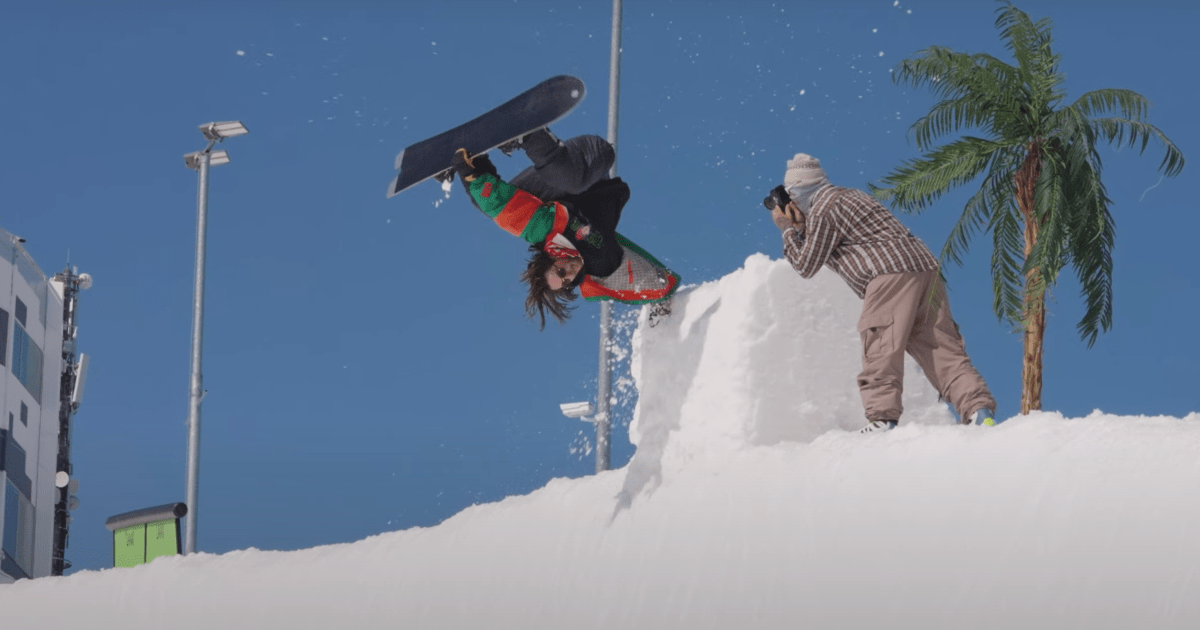 “Ohh snap this is the last crap show of this season. But therefore you get an extended version in which first Lucas Baume aka Yung Doli invites you to a modified Mini Pipe session with the Drink Sexy Open. Many Laax locals, the German pipe legend Xaver Hoffmann or Mitch Buvoli from the south of Switzerland. Max De Vries wants to start a career as Michael Jackson and Mees is definitely “skiers-approved”. Kevin and Bram, the Belgian rail-gang dismantle the P60 as well as Shirly with her female power. Elias and Giovanni were spotted in Ils Plauns Park. Finally, the gang around Cedi and Liam surfs with the OG Salvi Peluso and shows intergenerational snowboarding two decades apart from each other. Enjoy and see you next season!”