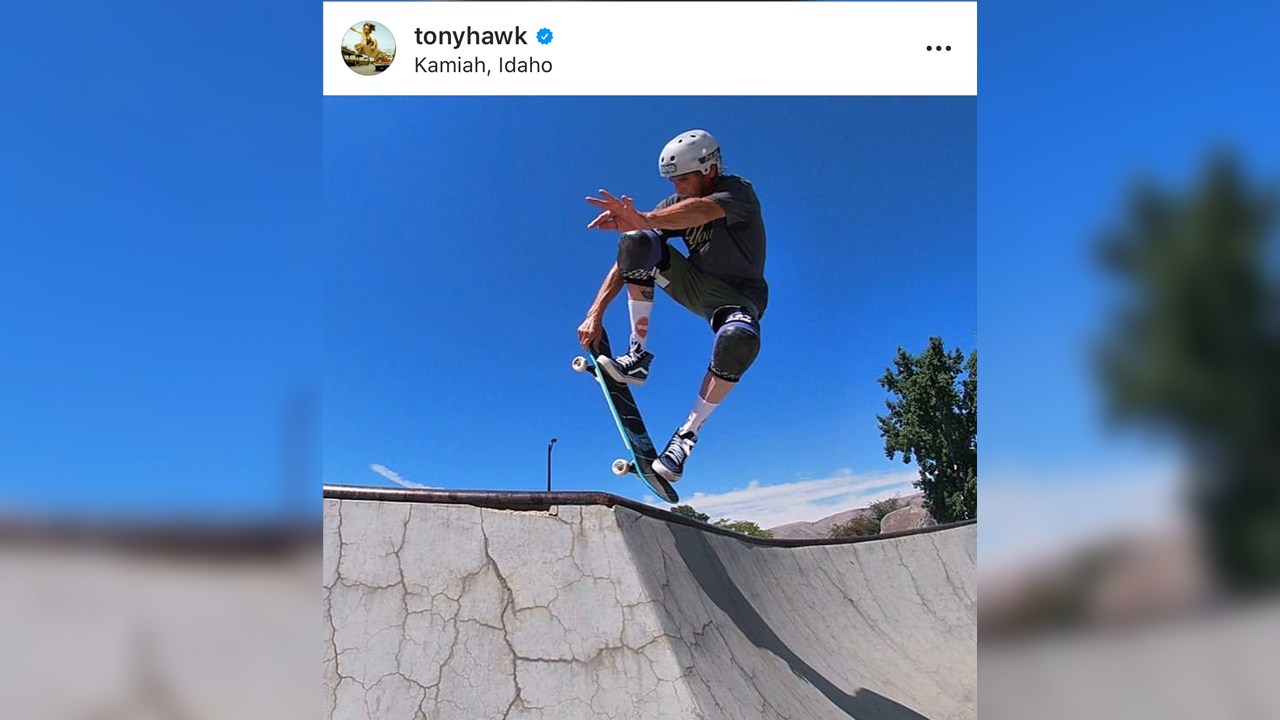 Tony Hawk once again proves why he’s the best. This is such an awesome and long overdue acknowledgment for Chris Weddle. Read below.

“For nearly 40 years, we’ve shamelessly referred to this trick as the “mute” air/grab. Here is the backstory: around 1981, a deaf skater and Colton skatepark local named Chris Weddle was a prominent amateur on the competition circuit. The “Indy” air had just been created & named so somebody proposed that grabbing with the front hand should be known as the “Tracker” air. Others countered that Chris was the first to do, so it should be named after him. They referred to him as the “quiet, mute guy.” So it became known as the mute air, and we all went along with it in our naive youth. In recent years a few people have reached out to Chris (who still skates) about this trick and the name it was given. He has been very gracious in his response but it is obvious that a different name would have honored his legacy, as he is deaf but not lacking speech. I asked him last year as I was diving into trick origins and he said he would have rather named it the “deaf” or “Weddle” grab if given the choice. His exact quote to me was “I am deaf, not mute.” So as we embark on the upcoming @tonyhawkthegame demo release, some of you might notice a trick name change: The Weddle Grab. It’s going to be challenging to break the habit of saying the old name but I think Chris deserves the recognition. Thanks to @darrick_delao for being a great advocate to the deaf community in action sports, and for being the catalyst in this renaming process. I told Chris recently and his reply was “I’m so stoked!” And then he shot this photo in celebration yesterday.📷: @yousta_storytellers_club”