Torment’s Pride Week: 5 LGBTQ+ Snowboarders Open Up About Their Experiences 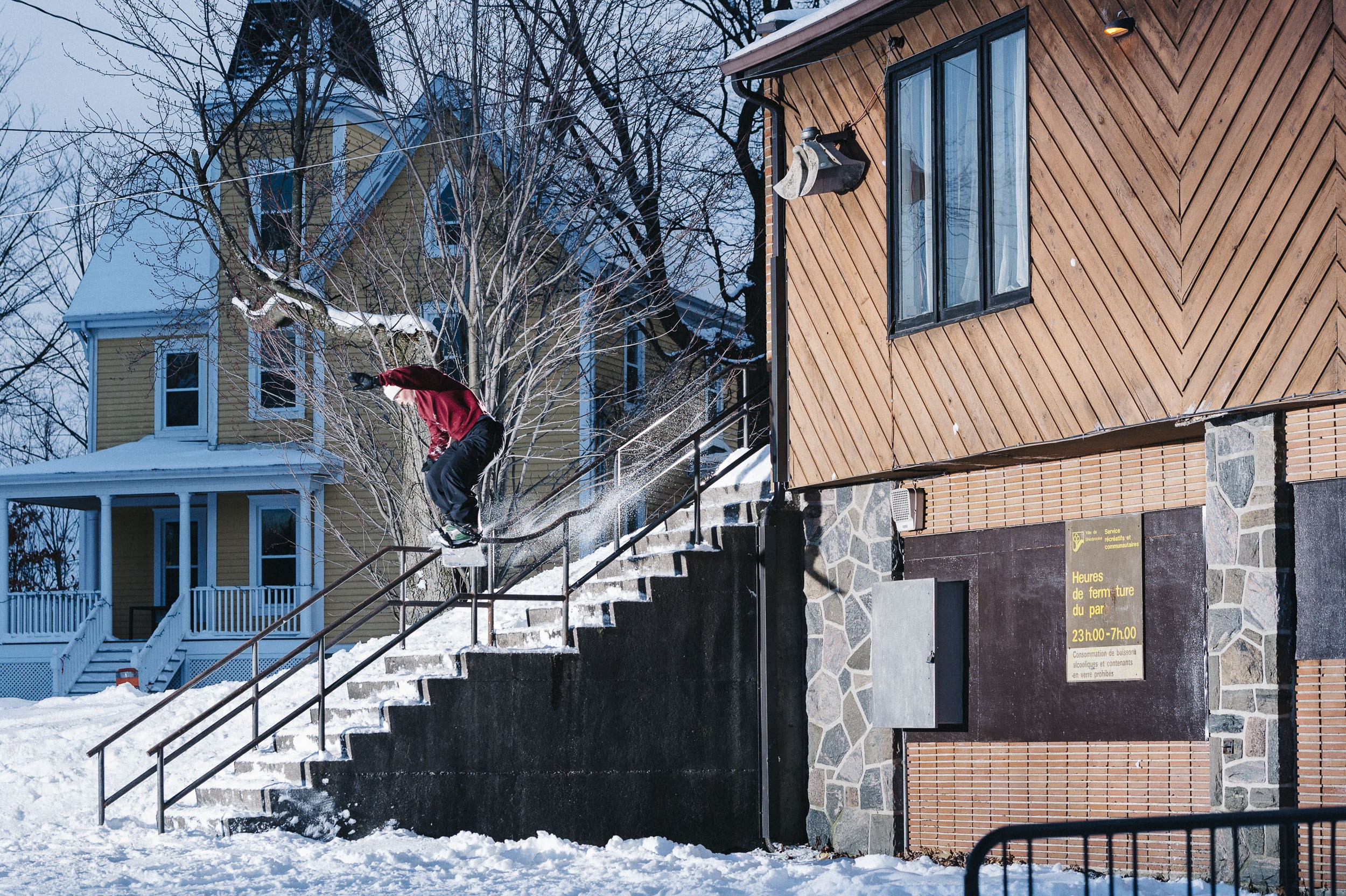 Torment’s Pride Week: 5 LGBTQ+ Snowboarders Open Up About Their Experiences

The last week of June 2020 marked a historic moment in snowboarding. As our community grappled with its lack of racial diversity—a reckoning spurred by the nationwide protests against racism and police brutality following the death of George Floyd—and discussed ways to foster a more accessible and inclusive community moving forward, Torment Magazine launched their Pride Interview Series. The series provided Torment’s platform to a group of five individuals who came together to publicly share their personal stories and experiences as queer snowboarders. For some, this was a coming out moment, the first time they’d discussed their sexuality beyond an intimate group of family and friends. For others, it was the first time they’d discussed their sexuality so publicly.

In a series of honest and inspiring interviews, Tanner Pendleton, Kennedi Deck, Jill Perkins, Chad Unger, and Jake Kuzyk candidly discussed their journeys of self-acceptance and the associated fears and anxieties about what impact coming out might have on their personal lives and careers. They spoke directly about the exhausting tension of being a queer snowboarder in a largely heteronormative scene and culture.

In their interviews, each discusses private battles with a version of the same question. As Kennedi frames it: “Will this affect my career? Will brands not want me as part of their image? Will the guys or girls not want me on trips with them? Am I being too GAY?”

They highlight how historically, with only a handful of coming out stories prior to this movement, an environment persists that makes it difficult to square a queer identity with a “snowboarder” identity. The two seem mutually exclusive, and this strain exacerbates personal anguish and uncertainty. As Chad puts it in his video interview, “I felt like if I told snowboarders that I’m gay, they would reject me.” Tanner, Kennedi, Jill, and Jake shared similar fears. “When you’re alone thinking about this shit all the time, you develop really wild ideas of what it might look like and what could happen,” Jake said of the prospect of coming out, in his interview with Torment’s Jon Stark.

By stepping forward with their stories in such a visible way, the group aimed to become the examples they never had, and hopefully ameliorate some of the turmoil for all closeted individuals who are struggling with any aspect of their identity, snowboarders or otherwise, “If this was a part of the conversation when I was a kid, it would have changed my life,” Tanner told Java Fernandez in his interview.

In sharing their experiences, they saw an opportunity to elevate these conversations and a way to continue creating space in snowboarding for all marginalized groups. As Kuzyk describes it in an Instagram post after his interview went live:

“Our motivation to do this as snowboarders/people was not to be celebrated as individuals, but rather (to) promote the sentiment within our five stories. The commonality amongst them. To encourage and discuss diversity and acceptance while acknowledging the strong effects our environment and language can have on others. And just providing some new opportunities for those who need it.”

The interviews were received with an outpouring of positive and supportive responses on social media, with many rightfully heralding the moment as a pivotal one in snowboard history. Yet, the interviewees also highlighted the importance of contextualizing this moment as a springboard rather than a destination. “I feel incredibly fortunate to have found people, a team, and companies that are accepting and straight-up down for the person I am,” said Kennedi. “But I do think the industry has a long way to go in their acceptance of the LGBTQIA2S+ community.”

Tanner, Kennedi, Chad, Jill, and Jake took brave action and sparked a remarkable conversation, one that will undoubtedly change lives. Through this series they have pulled the curtain further back on a struggle long brushed aside, but, as they note, it will take continued action to permanently dismantle any barriers to honest self-expression in snowboarding. Entrenched attitudes, habits, and language do not change overnight. 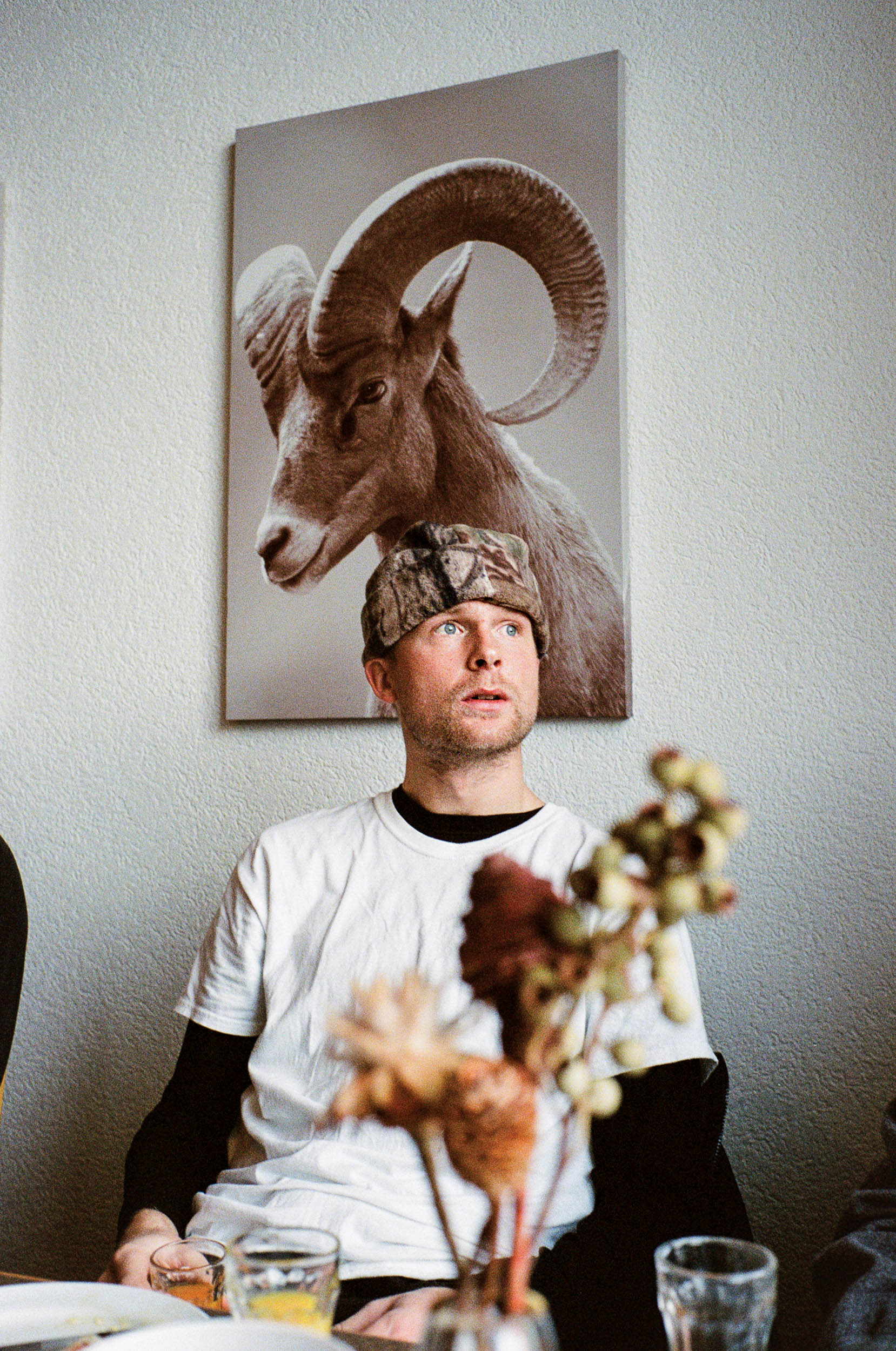 Throughout the series, a number of workable options for continuing to push things forward are presented, namely honest communication and the humility to approach uncomfortable questions, and introspection. “I think the snowboarding community as a whole should really take a step back and ask themselves, ‘What is it about our community that’s keeping people from being themselves?’” Tanner said. “Are we really encouraging and uplifting people’s differences? This extends beyond LGBTQ+ people and should also include women, people of color, or any marginalized group. Snowboarding needs these people! It’s so stale.” 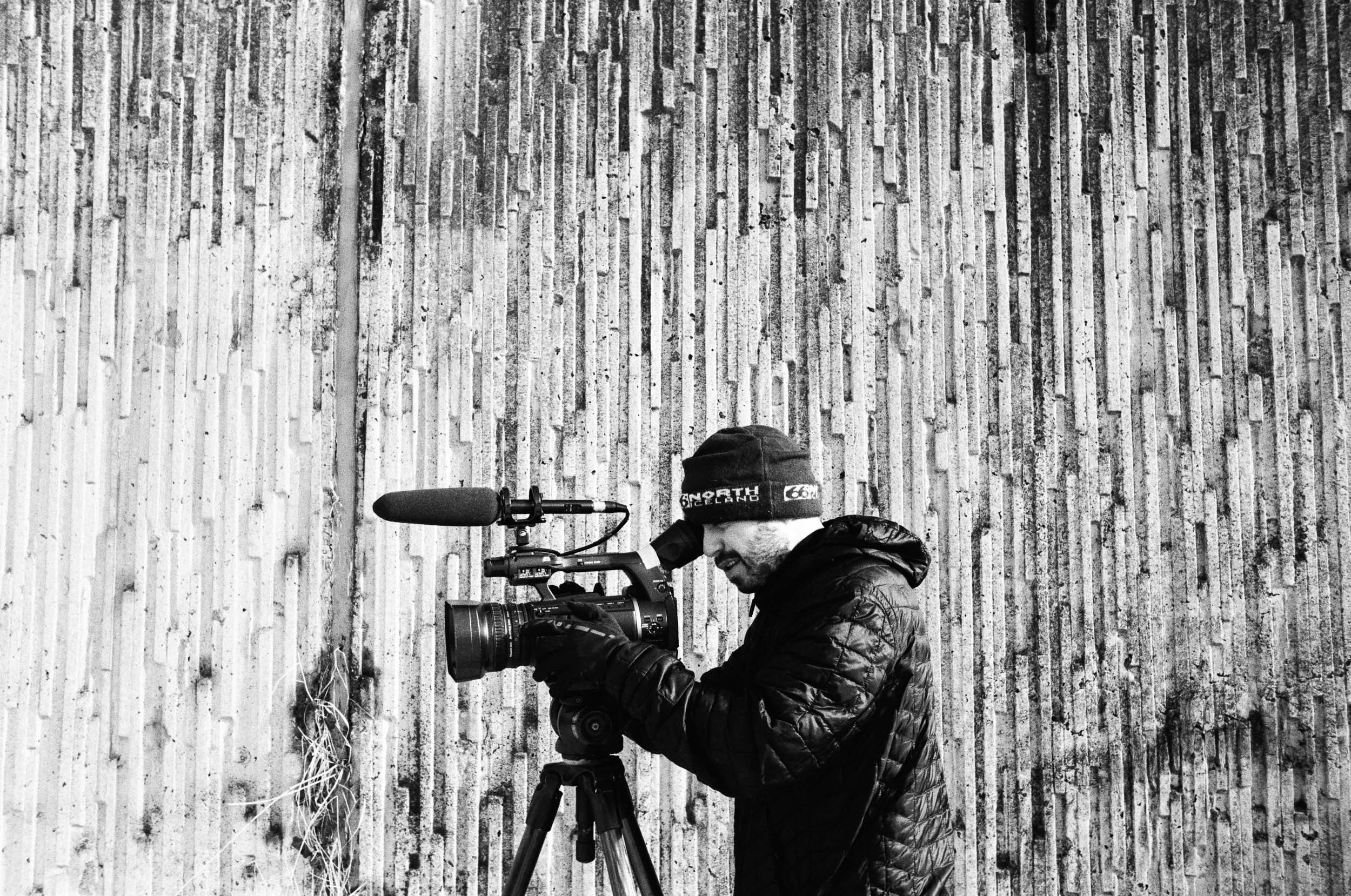 As Kennedi points out, in order to create a truly inclusive, accepting, and accessible arena for all snowboarders, we must continue to have these discussions and work to deconstruct preconceptions and prejudices. “If you are down for the queers, right on!” she said. “But how is anyone supposed to know? I want to encourage people to start by talking. Ask someone what their pronouns are, ask someone about their partner, or just make an effort to make it clear that you’re an ally rather than sitting on the sidelines in silence.”

There have been openly gay individuals in snowboarding before, including snowboarders who are Riders of the Year, Olympic Medalists, X Games podium finishers, and professional riders and industry figure heads who are not only out, but married with families. But this moment is unique in its collective power and visibility, with five high-profile snowboarders sharing their individual experiences together in an effort to highlight the blindspots of an industry that views itself as quite progressive. Perhaps the timing was right for this moment as well. 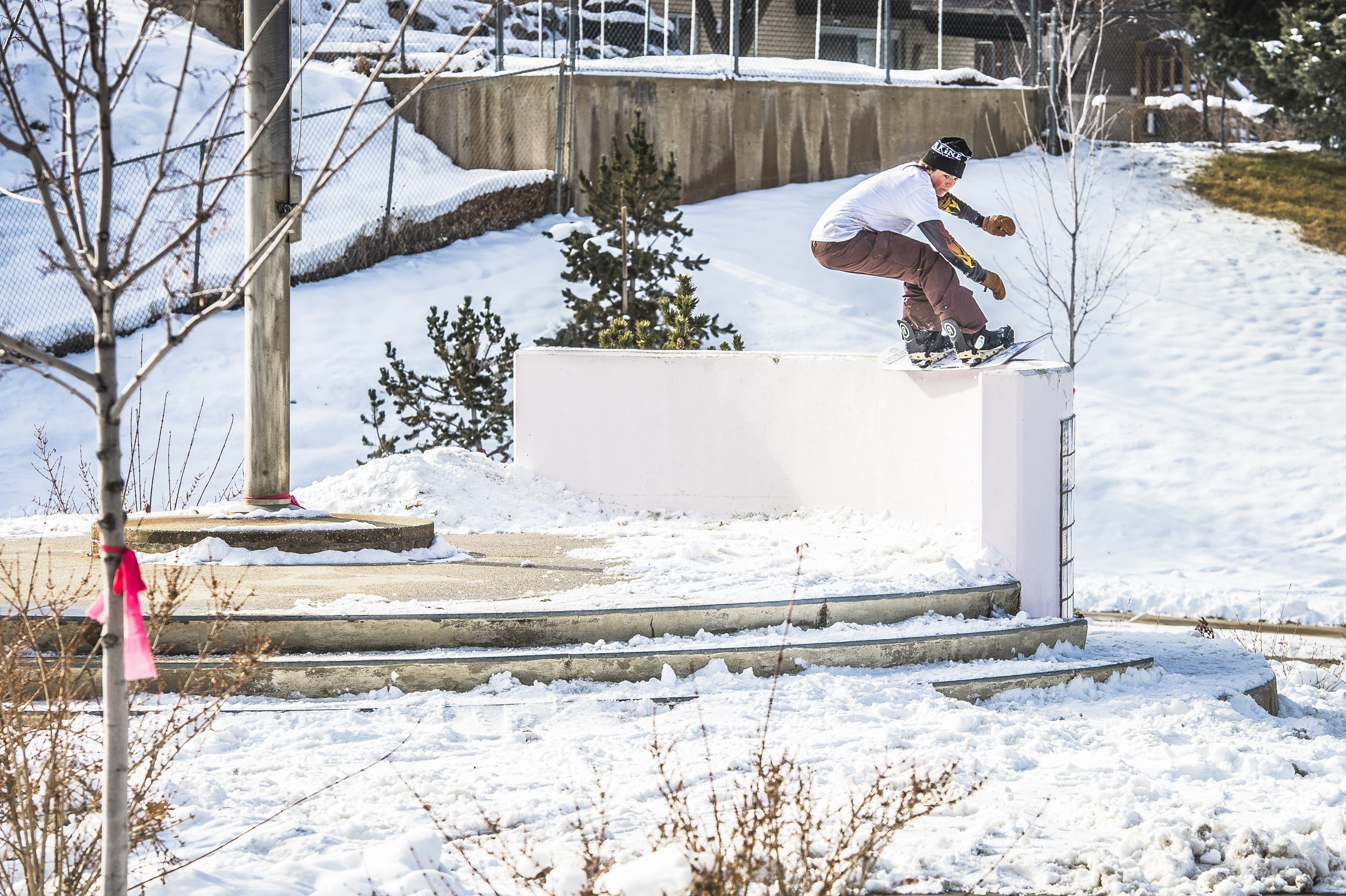 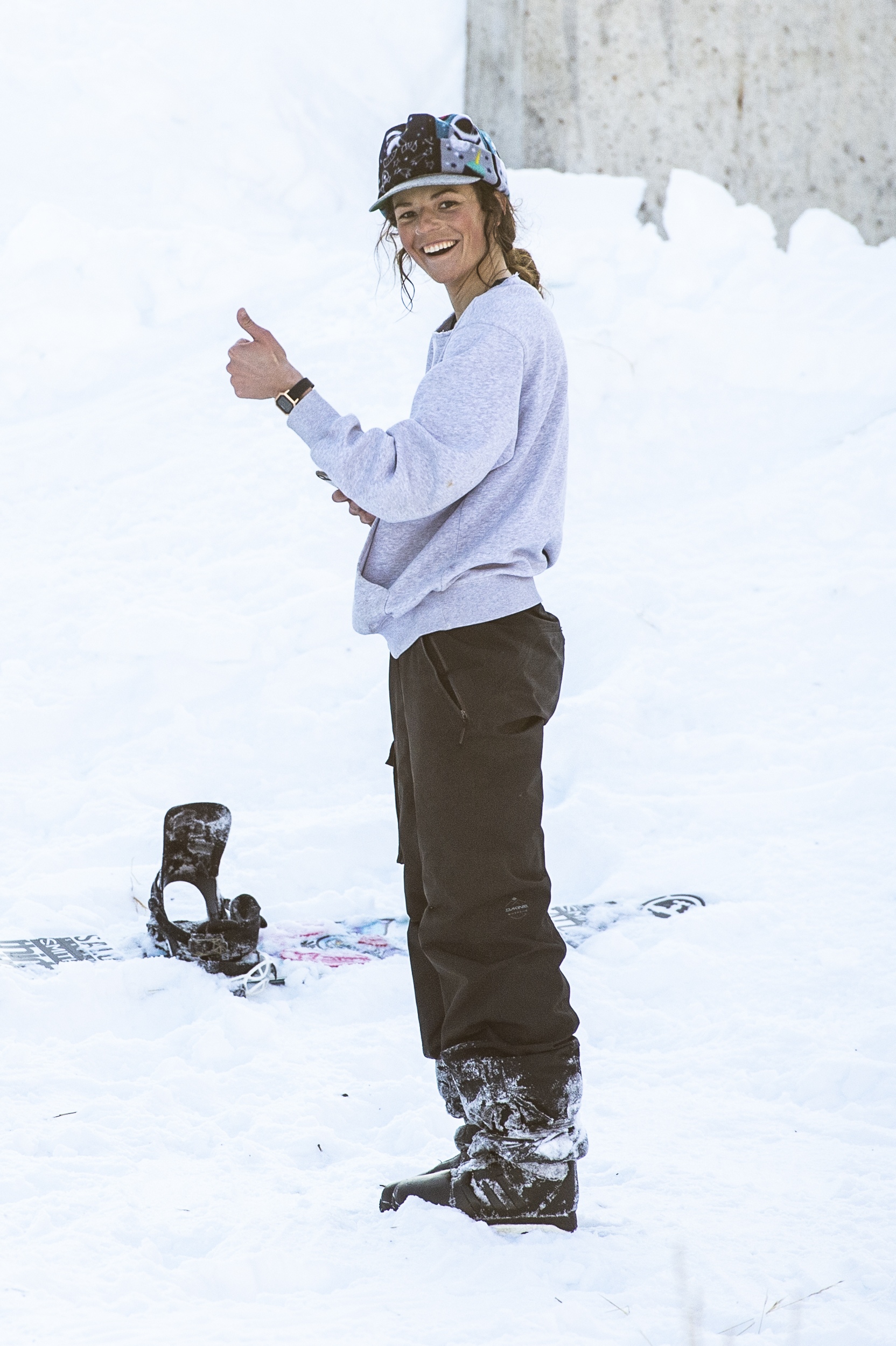 “One thing I would like to point out about the present is that I feel as if it is the most ‘all hands on deck,’ as it’s yet to be,” Jill stated in her interview with Stark. “People are pushing throughout the industry for equality, and it’s a beautiful thing. We are so lucky to have this little community of, for the most part, open-minded people.”

Read all of the interviews in their entirety here.