Originally from the Big Island, Torrey Meister has been residing in Sunset Beach for half his life now, and is proud to call the North Shore home. Torrey’s surfing is absolutely defined by commitment. Whether it’s paddling into bombs at Jaws, freefalling into Backdoor caverns, or his explosive small wave game, Torrey is a standout in all conditions and one of the most widely-respected among his peers. The Vans Digital Triple Crown seemed like an event tailor-made to his surfing, so we caught up to hear his thoughts on the unique event.

What did you think about the digital format for this year’s Vans Triple Crown?
With COVID and everything the way it is, it made a lot of sense. And, after doing it, I thought, wow, we should have been doing this for years.

During the normal event everyone is surfing hard, but they’re kind of taking it easy at the same time. Between their heats, they’ll be trying out boards, kind of just getting the feeling of the spots, but not really going for it 100%. Whereas in this event, it’s just freesurfing, so they’re going as hard as they can. They have all the time to do it, not just for 30 minutes in a jersey.
One of the things I really like about the event is the more time you spend in the water, the better clips you get. So it makes it a little more blue-collar, and I like that. Haha.

I hope it’s something we do every year. 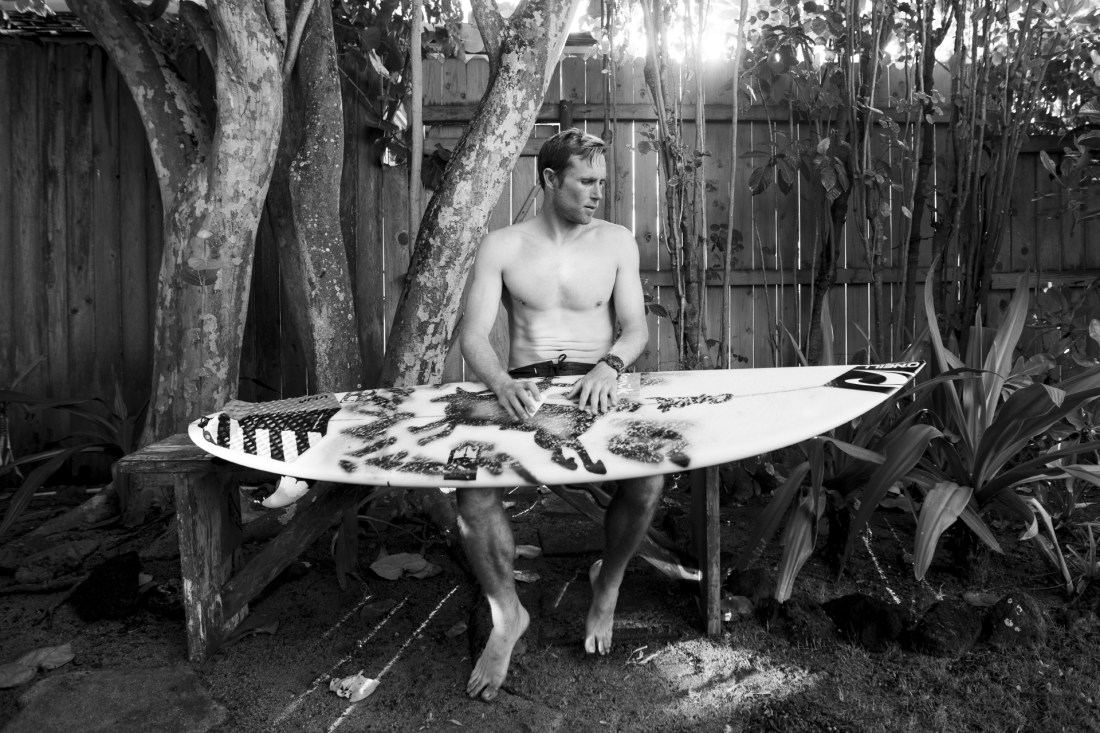 From a local’s perspective, do you think this format favored the locals, or do you think it leveled the playing field?
The normal Triple Crown favors the locals a bit more. If you’re a local, you have that local knowledge, you’ve been surfing those waves your whole life. Whereas with this freesurf format, I feel like it just favors everyone. It makes you surf those waves. You know, I didn’t surf Rocky Point once during the waiting period. And, you get better the more time you put in. When it comes to surfing a normal heat, so many things can affect the outcome, and then that’s the end of it. With this you can just keep surfing.

What was a moment from the event that really stuck out for you?
Seeing John John surf Hale’iwa was pretty incredible. Having him come back from that gnarly injury and then just put on the performance that he did out there. I mean, he put on a clinic at Hale’iwa.

It raised the level for everyone.
Is there someone who really impressed or surprised you in the Vans Triple Crown?

For sure. Brodi Sales, I thought he did really well this year. He had some really good backdoor waves. He’s really young and I’ve kind of watched him grow up to be what he’s becoming. And, I was really excited with his surfing this year. I thought he really pushed hard and tried hard and charged a couple of crazy waves and that was really exciting to see. As far as rookies go, I would say Brodi impressed me the most.

How good were the waves for the waiting period?
Yeah. We, we frigging scored! It was nonstop. The first couple of weeks was some of the better Hale’iwa I’ve surfed in a long time. And, to be honest, if it wasn’t for the event I probably would have been surfing Pipe, but I’m so stoked I got to enjoy those sessions. But, all three waves really lit up for us, which was a huge blessing. I think it just means we should do this every year. Haha

I know everyone was so surfed out from these marathon sessions, thankfully, it sounds like no one really got too hurt. In your case, you really paid the price in boards. How many boards did you go through by the end?
Six, I think, haha. If you’re doing it right, you’re surfing more than you normally would. And, obviously that’s gonna take a huge tax on your boards. I had five or six days straight when I broke one everyday. It was pretty funny, last year, I think I broke one board all year.

But, I was definitely going for it way harder. And, that just comes with the territory.