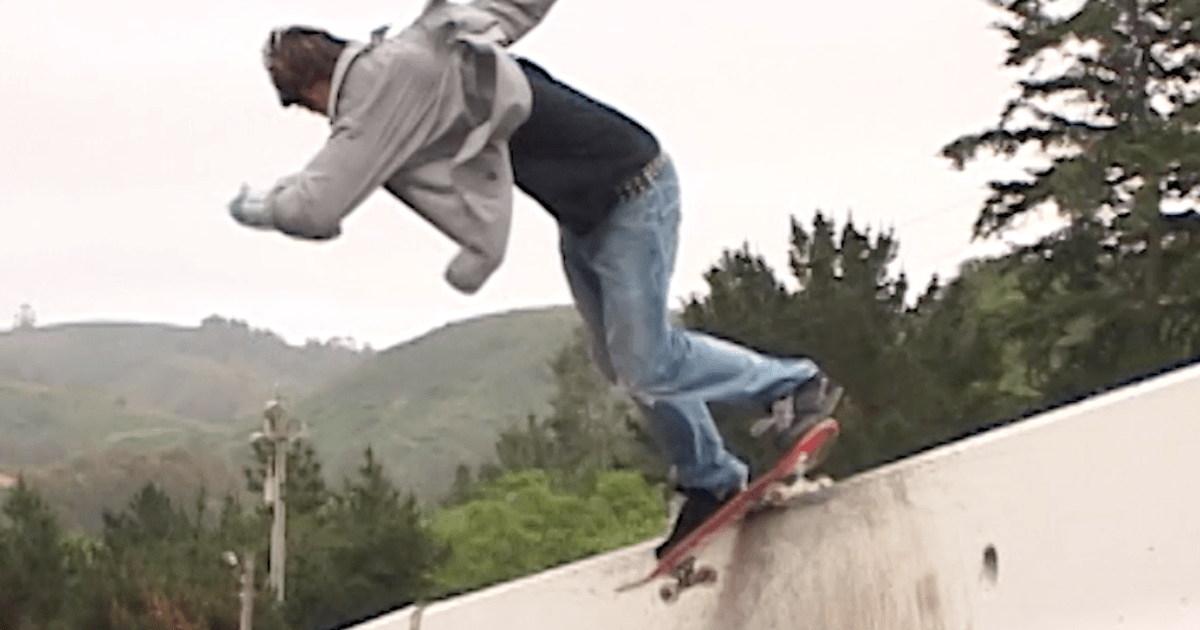 I think this is how it goes: Duffy got a photo on the bank to barrier (backside Smith) without a filmer. Pat went on a quick trip to Africa and dislocated his arm, during that time Jon Holland and I used the photo as an ad for Subtleties. We figured we’d go get that clip soon as he came back, we didn’t think the terminator would get hurt. Either way Pat didn’t care and said he would go back and try the trick with his cast. So I planned another trip up to Sacto and got the backside Smith. Why is Biebel golfing? because I had already shot this skit for Pat. It was all on 16mm so I needed audio for the visuals. Creating audio for visuals was something I had never done before but really liked creating the “foley” for it.
I think it was around this time I got really into using other skate sounds (non makes) for the actual makes. I realized that a lot of the time the actual make didn’t have that great of a slide, grind, flip sound, so I started subbing in new skate sounds for the makes. After all they say “30 percent of what you see is what you hear,” at leasts that’s what I heard. I started faking skate sounds and still do it to this day. It bums me out when I see a really gnarly clip and I can barley hear it. To me there is so much more of an impact if you spend a few extra minutes to find the best grind, slide, whatever sound to make that amazing clip that much better.