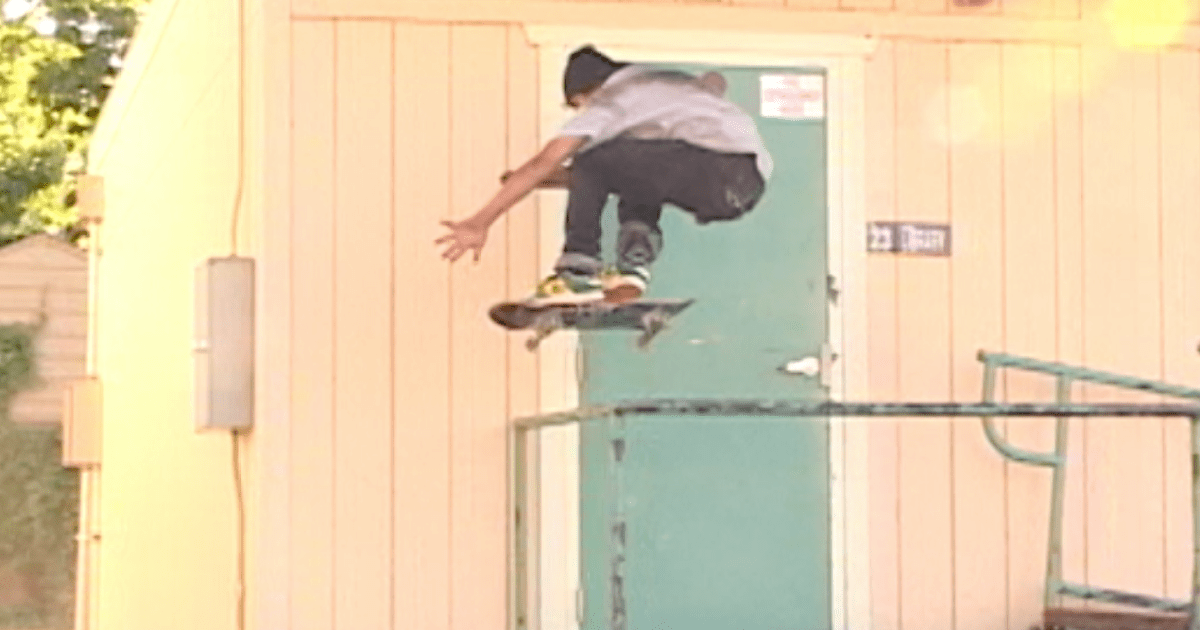 Around this time Jon Holland and I were going to make SHOW ME THE WAY which was a how-to video. We thought we could use a lot of slow motion, dolly shots, and get live audio while the guys showed us their tips. Stefan tells me that this video and his tips on 360 flips, “the scoop and the pocket” are one of the main compliments he gets to this day. We used Ricky Oyola’s 411 intro where he skates around Love Park wearing a Lavalier Mic as inspiration. I bought some expensive mics and began testing them out on the skaters. I had never used a lav mic, OR had the skaters ever put one on while skating. Those days were so fun, learning, experimenting, and all I had to do was stay out all day and film. During FIRST LOVE Jon and I knew we needed to tag team the trick tip video. So it was easy to use the guys, we just filmed with Stefan and Kyle 🙂 I feel like the day Omar did that pop shove-it really puts into perspective Omar’s personality. He’s kinda like a wild dog with tons of energy. He would be all over the place wanting to try a line, then a single then a line…

PS: Making Show Me the Way got me thinking more about audio. Sometime during First Love and A Time To Shine, I experimented with the mics. If I was shooting rolling long lens, or far away on a tripod, OR it was windy, I would put the lav mic closer to the action (while keeping the mic out of my shot) I would get such good audio this way.

Featuring: Daniel Shimizu, Thomas Bonilla, Shiloh Greathouse, Seu Trinh, Omar Salazar, Stefan Janoski, Kyle Leeper, Alex Olson, and Gareth Stehr.
I start each video the same way, I pick two to five DV tapes (in order) from my TransWorld DV drawer. I read my log book and find out what’s in store for the next video. I line the deck up with the time code that coincides with what I have written down, and the memories start flowing. I’ll fiddle with the order depending on just how gnarly the tricks are, BUT these videos are chronological in the sense that I do not skip around to different tapes just to find “gnarlier” tricks to make the edits better. These edits play very closely to how the footage got recorded on each tape and what time frame I filmed each trick.