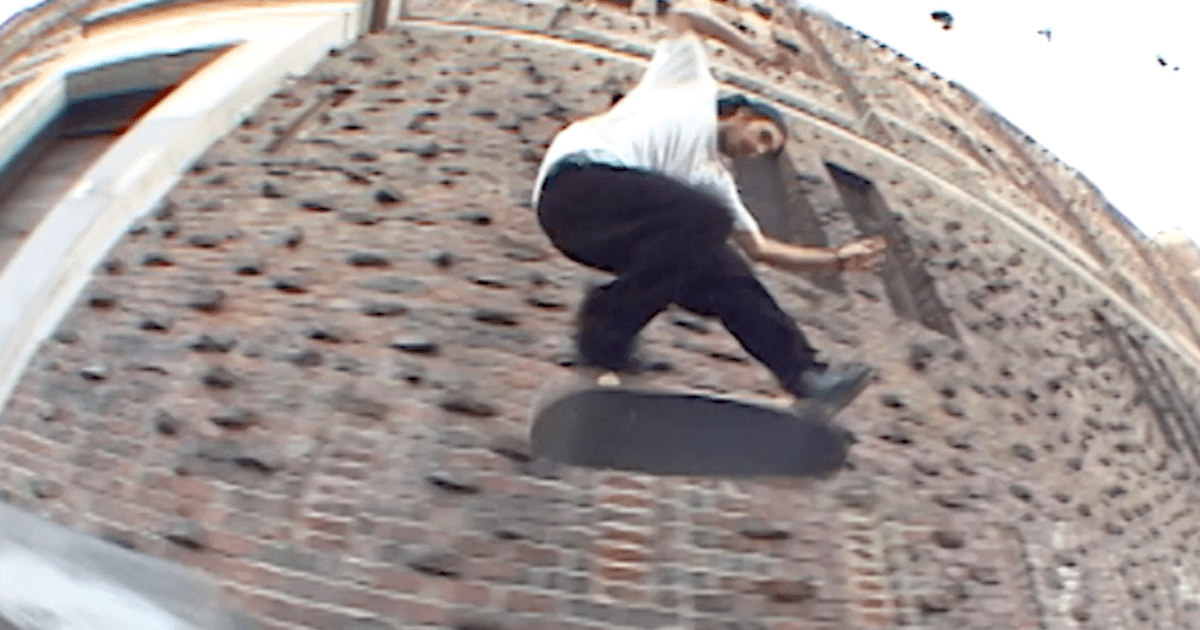 First clip answers a question another filmer asked me the other day, did I use a tripod with the VX?
I guess I was using a tripod around 2004-ish. I treated the VX2000 (zooming with the ring) and using a tripod (to keep steady) as a way to learn a new skill. When I was younger I thought about when filming skating was over, what do I do? How do I get the skills I may need on a commercial set or making a video for a client? I knew then that the way I filmed skating OR edited it would probably not get me a job. So I wanted to learn simple skills that would spill over into that type of environment. Anyways, we got a lot of lines in this episode. Starting off with Montoya AKA Marathon man, Kenny, Shiloh, Alex (still staying at our apartment probably), Stefan and Tim. Damn watching back this day in SF with Tim doing that shove-it manny 3-flip was rad to watch. Tim is so funny and his style is awesome!

It’s become a pastime to joke with my skate filmer friends about today’s skate filmers.
INSERT 42 year old dad voice: “Back in my day” If you were filming a line it needed to be fisheye. Unless you were hurt OR maybe trying to be artistic. If you’re trying to film a line fisheye today the skater would probably say, “What the fuck are you doing I’m trying to film a line.” I watch today’s filming and wish I could hop back in. It seems much more laid back nowadays: Cut a wheel off OR a head, film it shakey, shoot a line long lens, fuck it only show their face, nobody seems to mind. Damn I envy that…

Featuring Thomas Bonilla, Daniel Shimizu, Shiloh Greathouse, Kenny Anderson, Alex Olson, Danny Montoya, Stefan Janoski, Tim O’Connor.
I start each video the same way, I pick two to five DV tapes (in order) from my TransWorld DV drawer. I read my log book and find out what’s in store for the next video. I line the deck up with the time code that coincides with what I have written down, and the memories start flowing. I’ll fiddle with the order depending on just how gnarly the tricks are, BUT these videos are chronological in the sense that I do not skip around to different tapes just to find “gnarlier” tricks to make the edits better. These edits play very closely to how the footage got recorded on each tape and what time frame I filmed each trick.