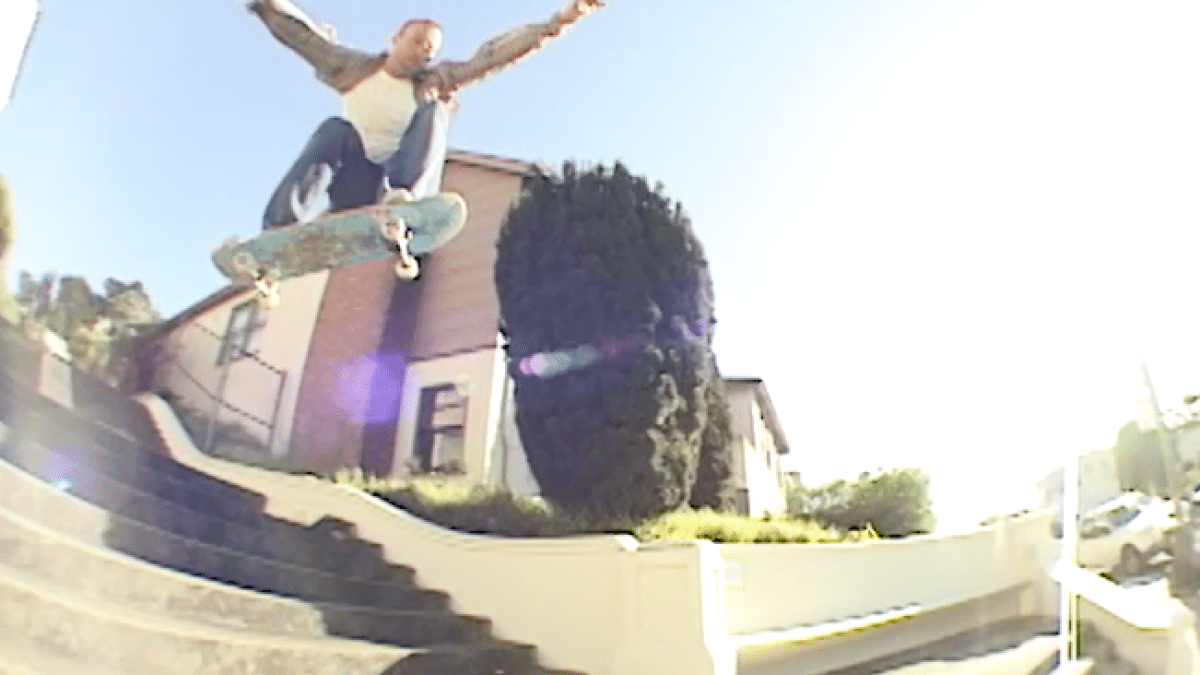 Leo was skating with me a lot because I had just left Foundation, it is funny to see how much he hated the camera, aside from filming tricks. Alex Olson was staying at Daniel Shimizu and I’s house for a few months. I was pretty impressed with this 17-year-old kid cooking himself stir fryied veggies, making rice, eating healthy, while Daniel and I would go to the bar and get drunk.
Skating that DTLA roof top was pretty fun back then, having a spot like that was always appealing to me. Watching all the footage with Dan gets me so stoked, that part of my life was fun. I still can’t get over how nice Dan was to me, this was the age/era when skaters were kinda dicks sometimes, but not Dan, he was so damn cool—thanks Dan! God that slam he took at Berkeley park, SO BAD!
That park was closed almost the entire year we filmed his part, the city found cancerous material underground. This day was so interesting to see just how unique Mark Gonzales is.
That double set was so gnarly I still can’t believe Dan did that.
I barely remember that front board Bryan Herman did. He was actually one of the first kids I filmed when I first started shooting skating when he skated for World Industries.—Jason Hernandez