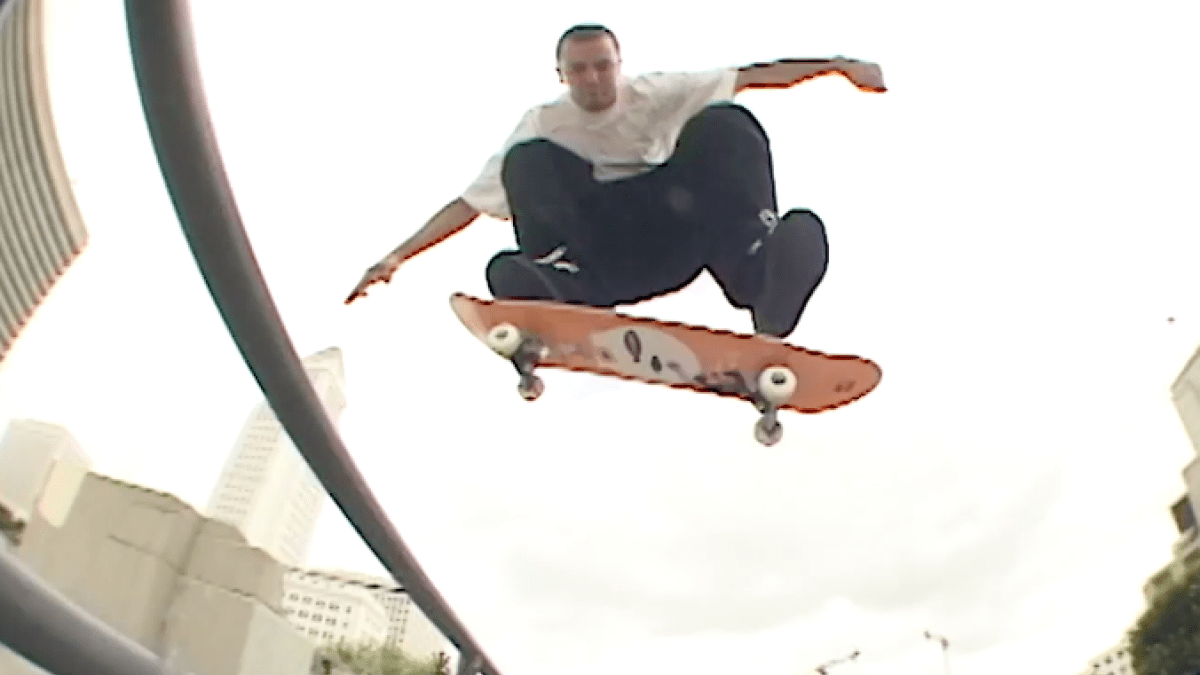 This new episode was right around the time Jon Holland started putting together the taxi cab idea for Free Your Mind, so it was near the end of filming.
I was so lucky to get the job at TWS, I learned so much being mentored by Jon, so when he asked if I wanted to help build a rail up in SF, I was 100-percent down. One piece of recycled plastic, a few 2x4s and some 4x4s—it worked out great.
We called it “Red rail,” it was mainly for Rob to get a clip—he did, but then most of the SF skaters heard about the spot within a weekend and we found ourselves back there almost everyday for three days.
I drove as much as I filmed—I would spend a weekend in L.A. and weeks up north. It was fun mixing random skaters with the main guys filming parts. Duffel had so many spots in Walnut Creek, he’d share spots and in return we’d get clips and he’d end up in the montage section. It was so easy looking back, I knew exactly what I wanted, winning against those concerned citizens, going back as many times as we needed, getting clips was all that mattered.