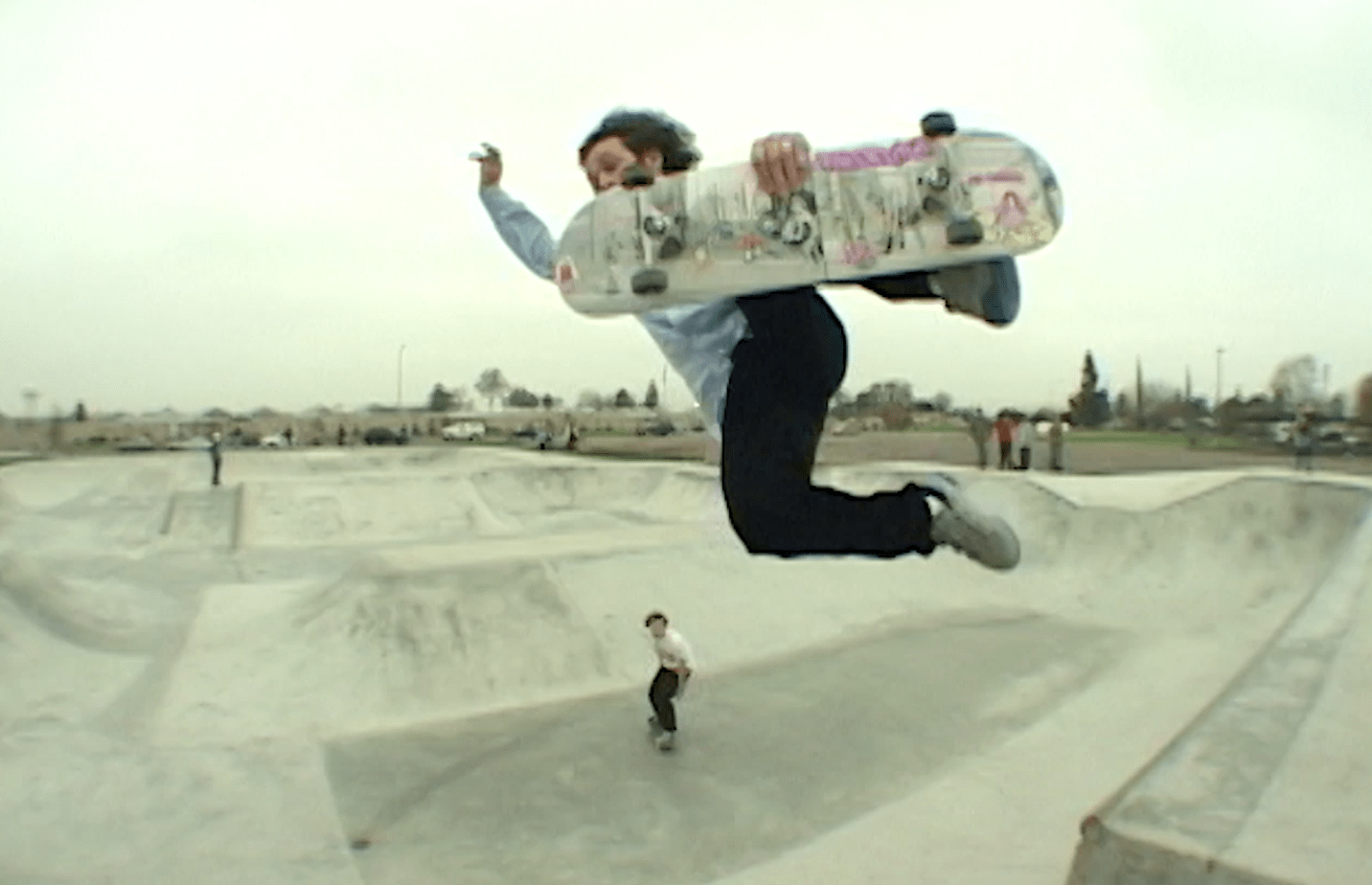 “Episode 6 is when one or two skaters in Free Your Mind got selected.
Jon Holland, my mentor and amazing human, planned a trip to AZ with Dan Drehobl, Tony Trujillo, Damien Bravo and a few other DLX guys. I think it was at Chandler Skatepark in AZ where Jon asked me, “Should we do a part with Drehobl?” It felt like Dan and I clicked right away so I said yes.
Jon was stoked Dan was going to be “my guy,” meaning that he would be the skater I would put all my effort into. Since I was going to become a NorCal local, I would help with Rob (Welsh) as much as possible as well. A few days after coming home from AZ and I was on my way to Berkeley to stay with Dan. I split my time staying in Berkeley and SF at Rob’s apartment. Late one night after skating in SF, I headed back to Dan’s house, and he tells me we have plans for tomorrow. The next morning I have Dan sitting shotgun and I drive back to SF to pick up Rob and Mark Gonzales.
Rob moves up front and Dan and Gonz sit in the back. From the moment Gonz gets in my truck, he’s cracking jokes—he’s so funny, he asks, “Can we smoke in here?” Seconds later he lights up a cigar, and moments later the back of my truck is filled with smoke. As I drove east toward Ripon skatepark I felt like I should pinch myself. I stared out the window and wondered “Holy shit, this is my job?” We get there and I get to witness pure beauty on a skateboard. Mark and Dan turn the park into a playground.”—Jason Hernandez