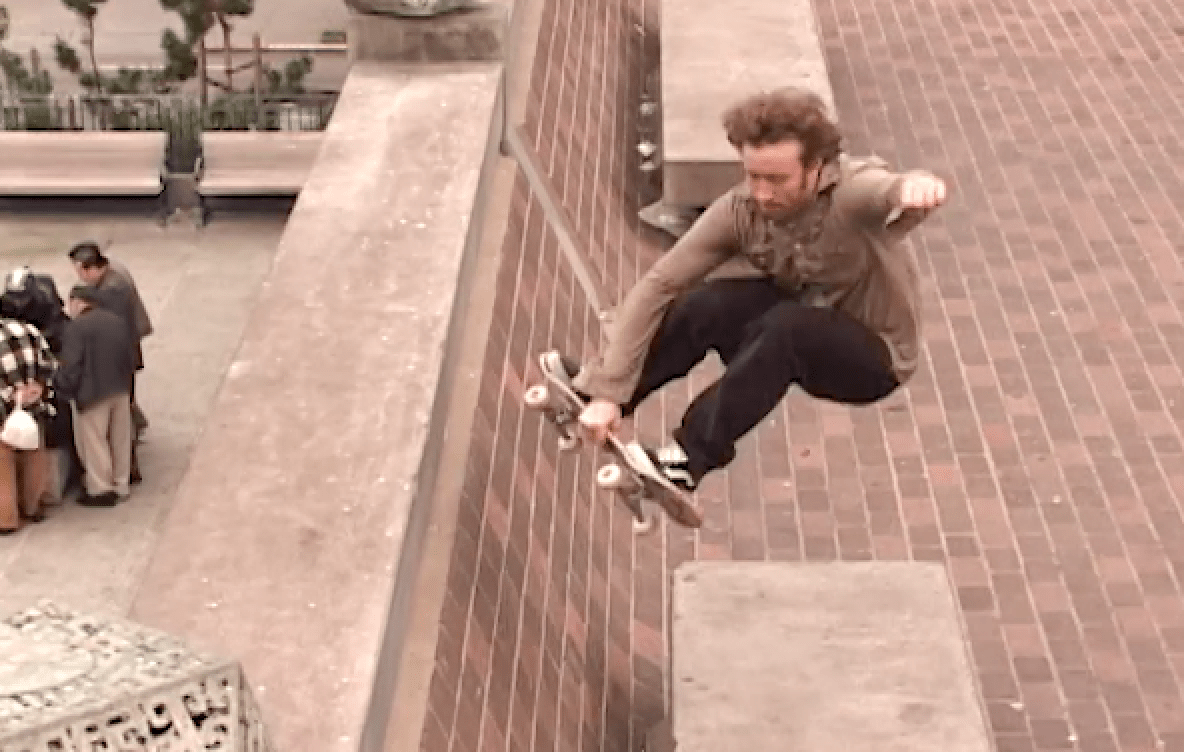 This was my first official trip up to Berkeley, California to start filming with Dan Drehobl for Free Your Mind. I’d already been up there to film with Rob Welsh, but this time I was staying with Dan. Even though I was only a few years younger than Rob and Dan, they seemed so much older then me. Rob and I butted heads but Dan and I got along. The China Banks session was so rad, we got to skate there for hours—Dan killed it. Looking back at these tapes reminds me how much I would drive—I would go anywhere, at any hour and skate with anyone. I dedicated such a huge part of my life to filming skateboarding, and it was just starting.—Jason Hernandez