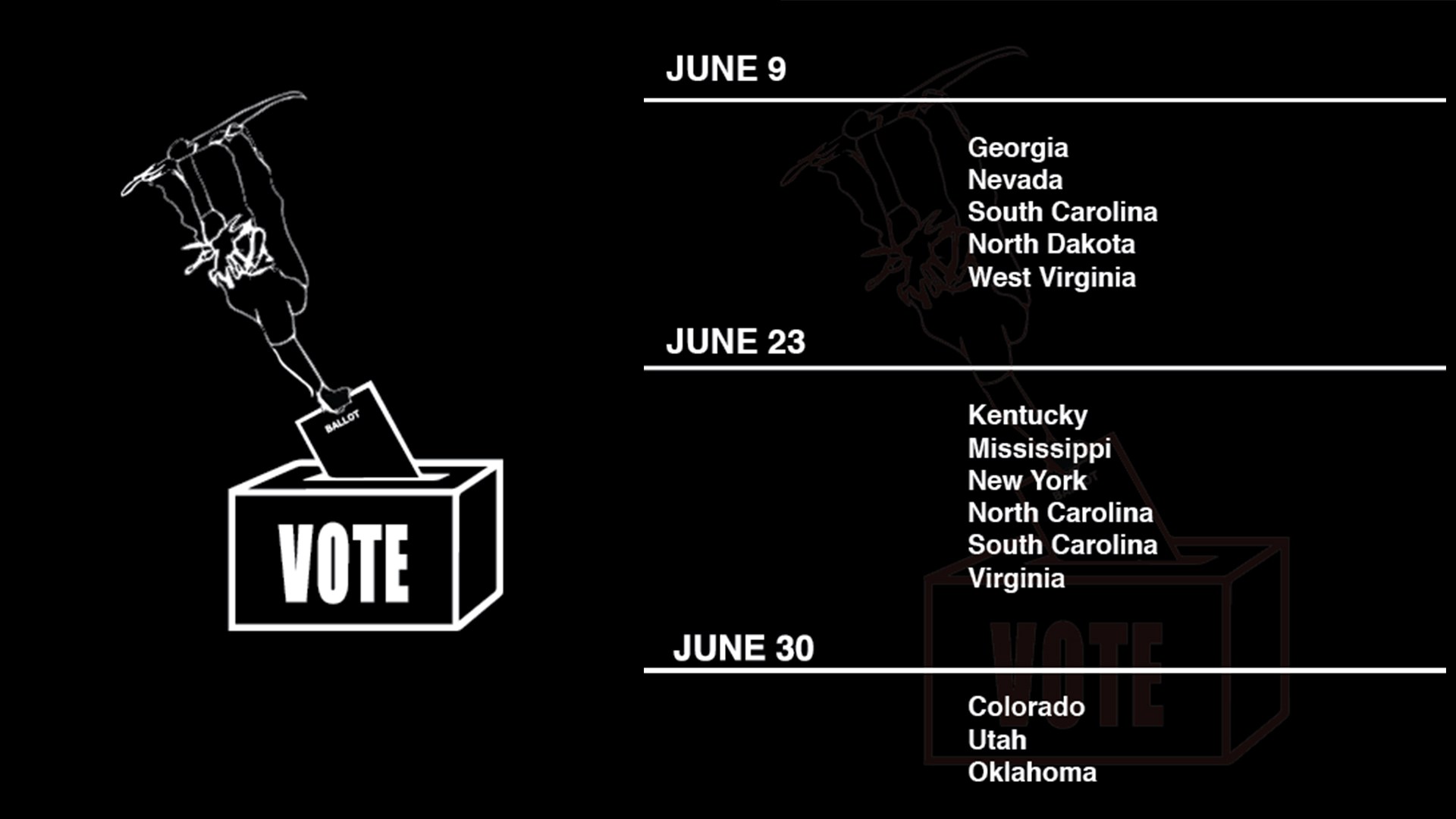 The events of the past two weeks have brought the anger, pain and frustration fostered by centuries of systemic injustice, disenfranchisement and racism back to the forefront of American life. Once again, the murder of a black American has thrown communities from coast to coast into protest and civil unrest, and highlighted America’s lack of progress when it comes to inequality. It has also bolstered awareness and incited sobering assessment.

While our system of electoral politics is contentious, exercising one’s right to vote is a formidable tool available for effecting societal, political and institutional change. Following is a list of dates for upcoming state and presidential primaries, as well as links to assist with voter registration and turning out the vote.

This list from the American Bar Association links to a number of organizations with resources to help protect elections and turn out the vote.

*No primary for state legislative seats in 2020.

**In certain circumstances, North Carolina may hold a second primary on either April 21 or May 12.