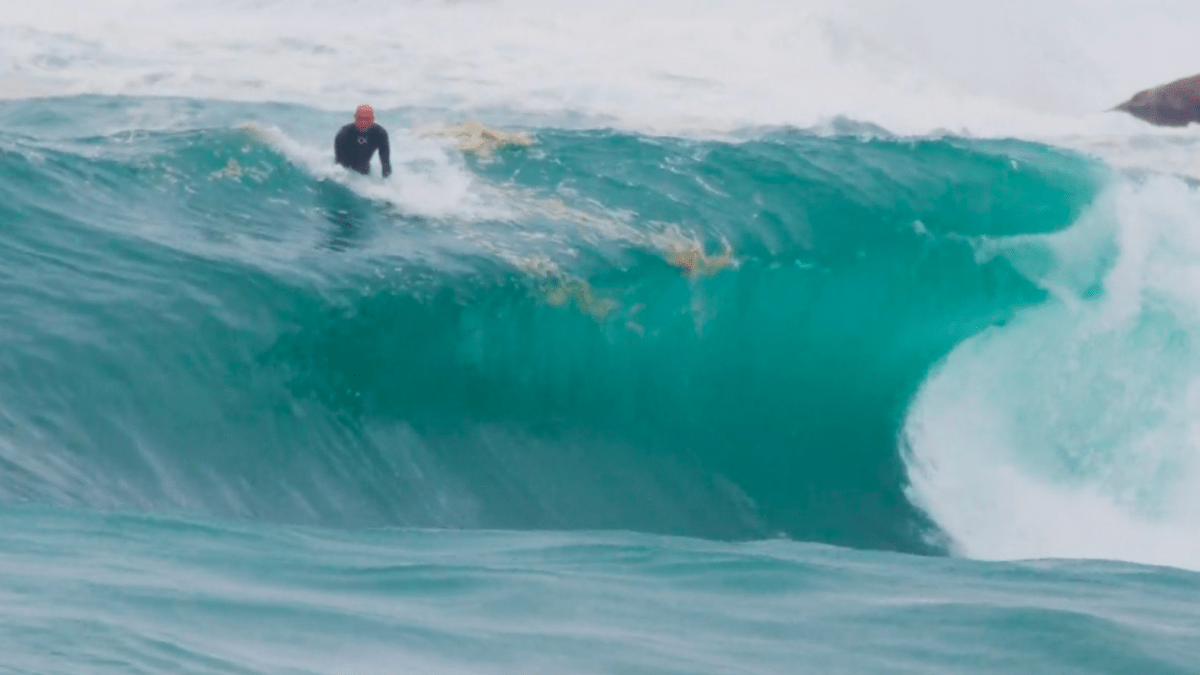 When do you think the last time was that Kelly Slater spent months in one place? Has it been years? Maybe decades? Traveling nonstop since he was a teenager, and with homes strategically placed around the world, Slater has been in perpetual motion. A ‘CT event here. A wave pool meeting there. A last minute strike for a pumping swell in-between.

When COVID-19 took off and international travel came to a screeching halt, Slater ended up hunkering down where he happened to be at the time, in Australia. A smart decision. Not only has Australia been more lax about letting surfers surf, it’s also had a solid run of autumn swell, highlighted by a handful of very memorable days. In this edit, our latest episode of “Amp Sessions”, Slater scores an extremely rare spot — or at least he gives it a valiant attempt. This wave looks about as unwieldy as it is heavy, the combination of which makes for extremely treacherous surfing, but also highly entertaining viewing. Click play to watch Slater launch (and get launched) off the ledge at a thick lipped east Oz slab with varying degrees of success.