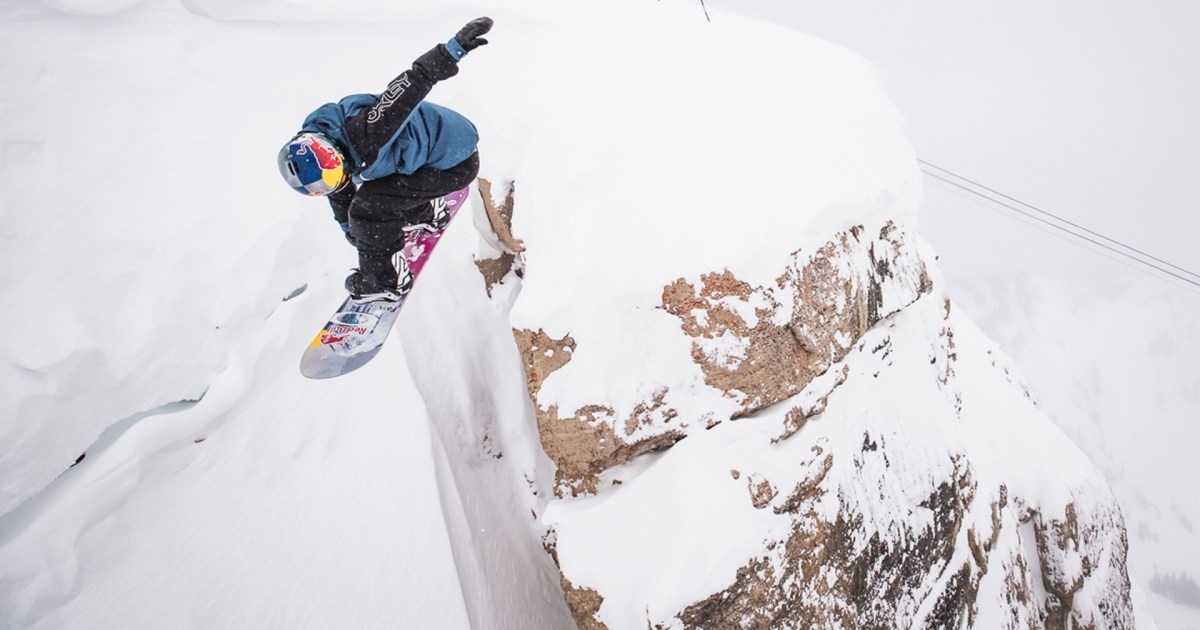 From Red Bull:
The fourth successful Kings & Queens has been completed and two athletes are now crowned the King & Queen of Corbet’s. Last Thursday, February 18, 2021 twenty six athletes from around the world threw down into the iconic couloir like never before. Tricks landed such as double backflips, nose butters, huge methods and an insane wall ride were all displayed for a socially distanced crowd below in Tensleep Bowl. Viewers worldwide will be able to watch the competition for free and in its entirety on Red Bull TV and jacksonhole.com beginning on Monday, Feb. 22, 2021 at 1:00 pm MST.

In the end, the athletes judged the competition and two runs stood out for the win. Karl Fostvedt and Madison Blackley took home the first place, title and cash to win the event in the men’s and women’s divisions. Second place was Hans Mindnich for the men and Audrey Herbert for the women. In third place Jake Hopfinger and Zoe Vernon took the podium. Competition was stiff this year, and rounding out fourth and fifth place for men were Parkin Costain and Elias Elhardt respectively. JHMR is pleased to announce that all the winning athletes male and female will receive equal cash compensation. That prize money is $10,000 for first place, $5,000 for second place and $3,000 for third place.

“The event was incredible. The athletes took skiing and riding to a whole new level this year,” stated JHMR Senior Events and Partnership Manager Jess McMillan. “We had a challenging weather window (it just keeps snowing!), not to mention pulling an event off like this in such challenging times. It’s a true testament to the dedicated staff, athletes and partners to execute such an amazing competition this winter. We are so grateful,” McMillan added.