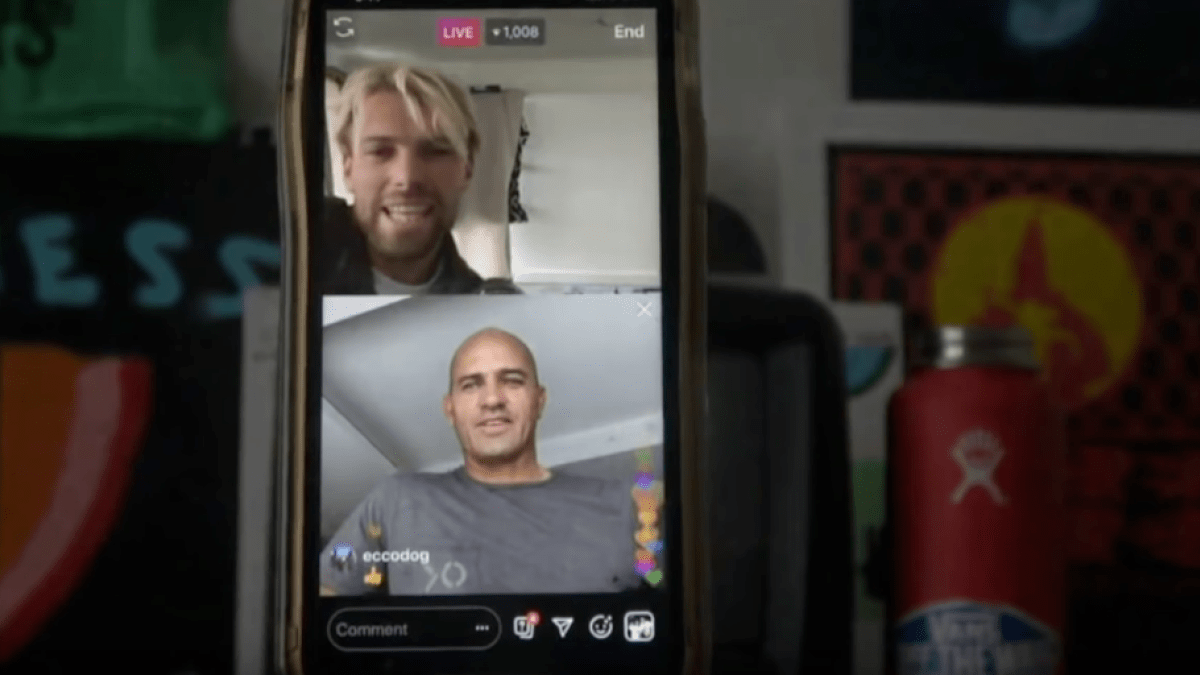 While every conversation has been epic, when Gudauskas jumped on the phone with Slater via Instagram Live, the verbal gold really flowed. In the hour-long chat, Slater covered a ton of ground, reflecting on everything from dysfunctional surfboard design (“The narrowest, most f’ed up dimensions I ever got was 6’1″ x 17 1/8“ x 2″ thick. I’ll never forget how bad it felt.”), wishing he surfed for Gotcha as a teenager, sleeping in cat shit at Richard Woolcott’s Newport Beach apartment, witnessing a wild car accident, and so much more. Click play above to watch Gudauskas and Slater’s conversation in full, and scroll below for the rest of the Outreaches.