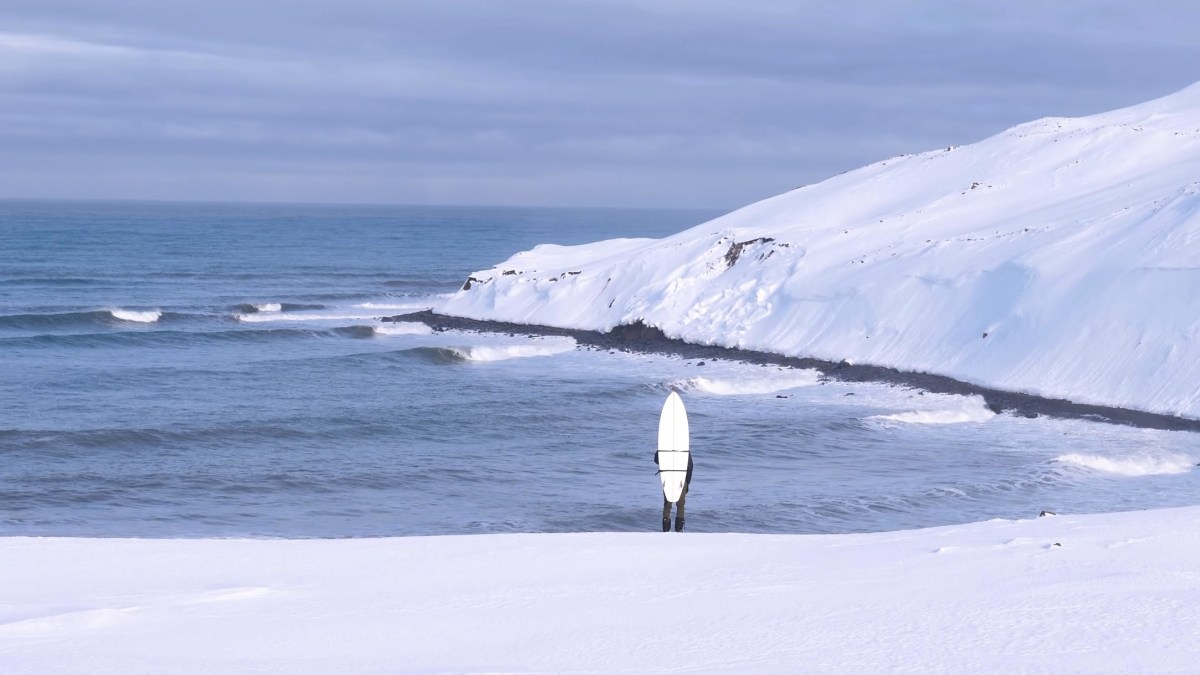 Is there any doubt Torren Martyn’s been on a tear, of late? From threading below-sea-level Mexican tubes in Perry Gershkow’s “Tesoro Enterrado” to putting on perhaps the best performance on a South African point since Tom Curren in Ishka Folkwell’s “Thank You Mother”, Martyn–atop his idiosyncratic elongated twin-fins–has already redefined what works in good waves. And the Torren-aissance continues, as Martyn recently took his Simon Jones-shaped sled to the earth’s fringes.

Indeed, “Northern Reaches” may show Martyn at his most committed, snowshoeing through a blizzard, twin-fin strapped to his back. While the setting is different–and pretty unreal–the focal point remains Martyn’s perfect lines and efficacy in navigating shifty tunnels.