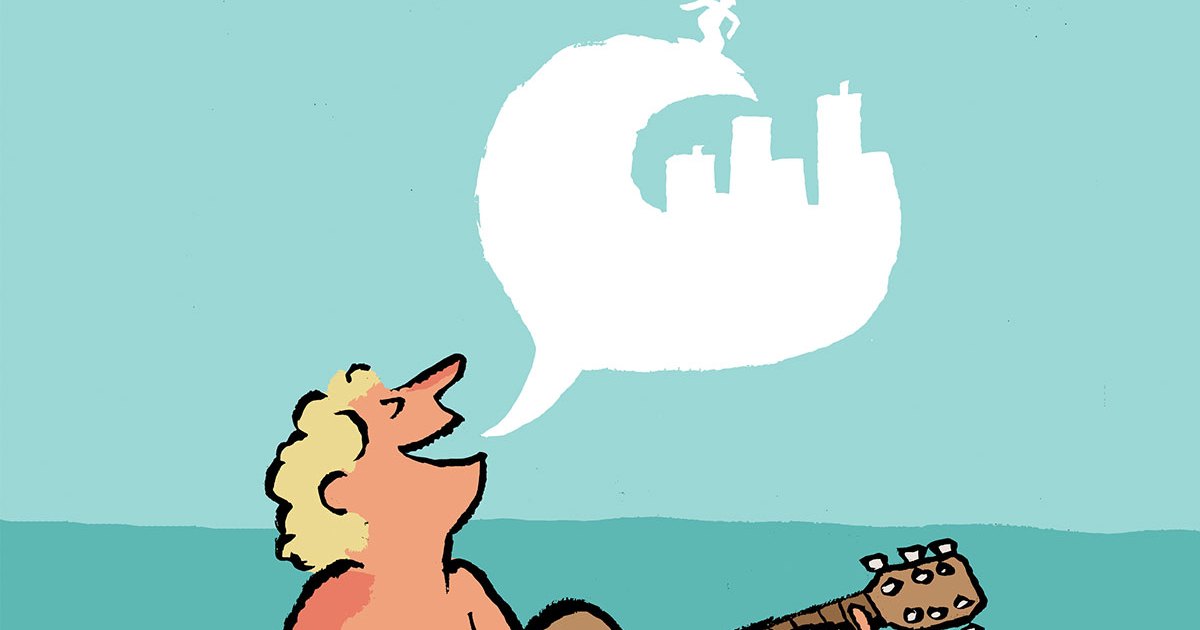 I was in a bar the other night when somebody played the Pearl Jam song “Corduroy” from “Vitalogy” on the jukebox. The rollicking guitar and raspy vocals instantly catapulted me back to high school in Morro Bay, California, when I listened to that song every single day before surfing the Rock after class; in hindsight, that whole chunk of my life seems to be wrapped up in the four minutes of that song. Strangely enough, after moving to San Diego a few years later, I couldn’t stand the sound of Pearl Jam. Instead, I listened to nothing but Modest Mouse, which to this day makes me think of surfing weird reefs in La Jolla before toweling off for my shift at Sammy’s Woodfired Pizza. These song-to-surf-life pairings made me think: Sometimes a particular band’s sound embodies a certain surf town at a certain time. The kind of surf on offer, the weather, the locals, the cities themselves — all that gets tossed into a bubbling cultural stew and the result is a vibe that can be perfectly encapsulated by one, and only one, band.

With that in mind, I decided to put together a mixtape, if you will, that truly represents some of America’s iconic surf enclaves. For better or for worse.

At first, this seems obvious, but it becomes even more so once you remember that John Mayer is now playing in the Grateful Dead. That’s right, the “Your Body Is a Wonderland” guy is standing in for Jerry Garcia on tour with Dead and Company, the remnants of the Grateful Dead. Once unquestionably groovy, with just the right amount of hippie thrown in, the Grateful Dead were leaders of the counterculture. Now, John Mayer, a dude who’s talented, yes, but about as clean-cut and commercial as they come, is fronting the band. Santa Cruz, a surf town once legendary for its status as a mecca for hippies and free-thinking weirdos, is now being overrun by outdoors-loving tech bros from nearby Silicon Valley. Surfed Pleasure Point lately? The underlying granola vibe blended with the free-spirited nature that made the Dead and Santa Cruz popular with both the dreadlocked and the four-wheel drive truck set is still there somewhere, but it’s now also chock full of vanilla, mass-approved wholesomeness. Just like the Dead.

Sublime hasn’t been around since the mid-’90s, when front man Brad Nowell passed away. Doesn’t matter. They’ll always be the sound of Orange County (yes, even though they’re from Long Beach) for anyone who was a kid/teenager/young adult when “Santeria” was playing on the radio at least 47 times per day. Does Orange County have better, more sophisticated, hipster-chic bands? Yes. When you hear one, do you automatically picture taquerias and beach parking lots in Newport? Or San Clemente? Or Huntington? No, you do not. Orange County has a little bit of everything: glamour, grime, clean ocean vistas, dirty strip malls and spectacular mansions. It’s also got dreamy reefs, harmless beachbreaks and pier-side party waves. A little bit for everybody, just like Sublime, who had fans from the hip-hop, punk, indie and ska scenes — you name it. I can’t hear “Doin’ Time” without thinking of …Lost videos, and I have no idea if that song even appeared in a …Lost video.

The Gulf Coast of Texas is an unlikely surf scene that scores surprisingly good waves. It’s also a place that grabs onto beach culture with both hands and refuses to let go. It gets really cold there in winter and there are horrible jellyfish in the summer, but the locals don’t care; they see only the beach’s very best side and they milk it for all it’s worth. They surf behind oil tankers, for God’s sake. Retirees love the place, college kids on spring break love the place, Jimmy Buffet himself loves the place. In the same way that a Jimmy Buffet concert in Ohio can make locals feel like they’re at the beach for a day, Corpus Christi is capable of turning itself into a tropical paradise by sheer force of will.

This might seem like a strange choice at first: an ethereal, haunting band from Iceland as an encapsulation for coastal paradise-on-Earth Santa Barbara? Actually, yes. You know the song “Hoppípola,” right? That soaring buildup of piano-key tinklings, sweeping violins and strange, triumphant vocals that you’ve heard in countless TV shows and movies and commercials when somebody has finally achieved a transcendent moment? There’s no better song to describe Santa Barbara surfing. Catch a set wave at Rincon? Hoppípola. Show up at roping El Cap an hour before the surly hordes descend? Hoppípola. Pass by the guardhouse at the Ranch on the way to surfing Shangri-La? Hoppí-freaking-Pola.

Yeah, fine, this is a no-brainer, but maybe not in the way you think. Sure, The Boss and New Jersey are as closely linked as Nirvana and Seattle, but that’s not why he’s the perfect band for the town. It’s because Springsteen on the surface is sorta rough and tumble — lots of denim jackets and motorcycles, and a gravelly tough-guy voice — but his songs (and those eyes) are damn beautiful. Who’s he trying to fool with his hardscrabble act anyway? Dude’s a poet. You’ve heard “Streets of Philadelphia,” right? Anyway, Ocean City: same deal. Looks kinda gritty on the edges, but those hypnotic sand-bottom tubes are pure poetry. The stuff dreams are made of (just like Springsteen’s eyes).

I don’t believe there’s ever been a more apt analogy for the North Shore local scene than Makua Rothman’s ukulele stylings — a veneer of beauty, tradition and sweetness casually draped over a foundation of terrifying toughness and intimidation. Now that I think about it, I believe Makua Rothman is the best ukulele player who’s ever lived. Certainly the handsomest. And the strongest. But definitely the handsomest.