What Does the Recent Spate of Fatal Shark Attacks in Australia Mean for Surfers? 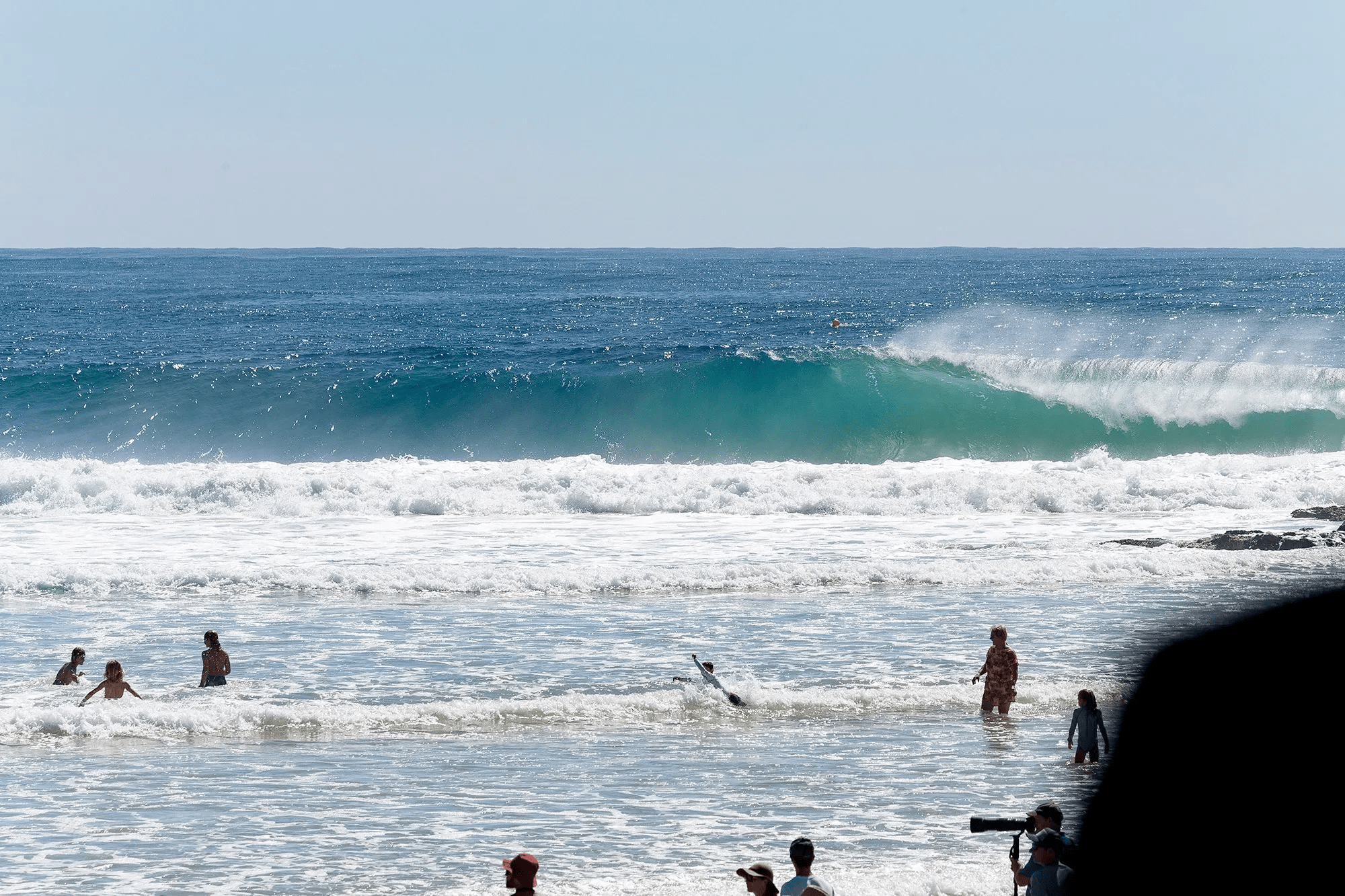 On average — since records started to be kept over a century or so — four people are killed by sharks around the world every year.

In Australia this winter, we’ve hit that number alone, along just 500 miles of coastline between Coffs Harbour and Fraser Island. All four fatal attacks have been attributed to juvenile great whites. Three of the attacks have been on surfers. Fair to say the locals along this coast are getting a little restless.

The fact that the most recent attack happened on the inside at Snapper Rocks has crystallized just how big the problem is. If you’d snap-polled the Australian surfing populace and asked them to nominate the safest, least sharky break in the country, Snapper Rocks would have topped the list. Not only is there safety in numbers, but Snapper is ringed by the Queensland government’s shark nets and drumlines. They’ve been in place along Queensland’s beaches since the 1960s, with a track record that nobody has been killed inside a Queensland shark net.

That record went out the window on September 8, when local real estate agent Nick Slater, 46, was having a surf after work. He was sitting down inside Rainbow Bay when he was hit by a 3-meter white. It was a bad attack, and he was gone by the time his rescuers got him to shore. The optics were jarring. The attack was captured on two surf cams, the footage promptly ripped and released before it could be pulled down. It was hardly a high watermark for journalism – his final moments ghoulishly streamed less than an hour after he’d been zipping along a couple of chest-high runners along the bank. But the images had the effect of making the attack very real, and you felt this attack more than the other three would shift public opinion and spur authorities into action. If you weren’t safe inside Rainbow Bay, where were you safe? The place is full of kids. That scenario is unthinkable.

George Greenough rang me the following day. He couldn’t believe it. “He got attacked in a kid’s playground! You’re not safe anywhere!” Greenough has had half a dozen close encounters with whites while surfing around his home in Byron, all in the last 10 years. He also fishes most days out in his boat and believes the white shark population has increased significantly and that something needs to be done.

While a similar run of attacks back in 2015 between Byron Bay and Ballina sparked a huge response – millions of dollars’ worth of new shark mitigation technology and scientific study – the recent attacks have seen the relevant authorities largely go to ground. There’s an election in Queensland which has something to do with it, the issue of sharks and shark nets a political hot potato that nobody wants to touch. But more than that, there seems to be a general shift in societal attitudes. In 2015 the focus was on action. This time around there’s an implied acceptance that this is nature is taking its course. To use a 2020-ism, it’s “the new normal”.

The growing profile of the shark conservation movement is a contributing factor. The week after the attack in Coolangatta, one of the town’s favorite sons featured in a Nat Geo shark conservation documentary. Mick Fanning has been working on “Save This Shark” for a couple of years, reuniting with old pal Taylor Steele who pulled it together. Since his 2015 attack at J-Bay, Mick has used the profile that he created to champion an understanding of sharks, shark behavior and their plight. The documentary highlighted what’s happening to shark populations around the world, which in some places are being hammered.

But while sharks are being hauled over the gunwales of Chinese factory ships all around the world and being killed in huge numbers, this isn’t the case with white sharks here in Australia. White sharks have been protected in Australian waters since 1999 – a breeding cycle and a half – and the prevalent sense amongst surfers and fishermen is that the population has increased significantly. The scientists however are coy and won’t publicly go that far. The closest official number is from a 2018 CSIRO study somewhere between 2909 and 12,802 which doesn’t tell you much. Sharks don’t form an orderly line for a headcount, and in the absence of a clear population trajectory, any lifting on the protected status of great whites is unlikely any time soon.

What is broadly happening in Australia is a shift in the dynamic at the coastal fringe. The white shark population had been fished down last century, while surfers have only taken to the ocean in significant numbers since the 1960s. Surfers have never experienced a natural white population level… until now. The situation was recently summed up this way: “More whales, more sharks, more surfers.” None of that is about to change anytime soon.

The 2015 attacks saw a whole range of new shark mitigation measures trialed in NSW. Some worked, some didn’t, but the emphasis was exclusively on non-lethal measures like drone surveillance, tagging and detection technology, and SMART drumlines that released the shark unharmed. The long game was the phasing out of the decades-old shark netting programs that have kept shark attack numbers down (depending on where you sit on the correlation/causality index) but have also taken a horrendous toll on other marine life.

But while 2015 saw a race for technology to fill the gap, the recent attacks have seen nobody racing to do much at all. Politicians and scientists haven’t spoken publicly about the fatal attacks, and there’s been no boosting of the shark mitigation programs in either NSW or Queensland in response. On the flip side, there are now calls for the wholesale removal of shark nets, the fatal attack at Snapper Rocks inside the shark net being held up as proof they don’t work. There’s also been an increasing normalization around shark encounters and the conversation has shifted – surfers needing to adapt to the increasing numbers of white sharks in the water and prepare themselves for what they’d do in the case of an encounter. While much of this advice seems sound – staying calm, keeping eyes on the shark, not paddling to shore in a panic – none of it would have helped any of the three surfers who recently lost their lives, all of whom were hit without warning.

There are worries amongst surfers that the situation is beginning to parallel the one in Reunion Island, where a decade ago fish farms and the creation of a marine reserve close to surfing beaches saw a run of fatal attacks by bull sharks. Surfing was banned, and with each additional fatality, the blame shifted more toward the surfer, who shouldn’t have been there. It would be a brave politician who’d try and ban surfing in Australia, although you just need to look around the country right now to see cities locked down tight and people being fined for breaking COVID lockdown and going surfing. At the moment, that same politician would be equally brave to do anything about the shark problem.