What’s It Like To Compete On “The Ultimate Surfer”? 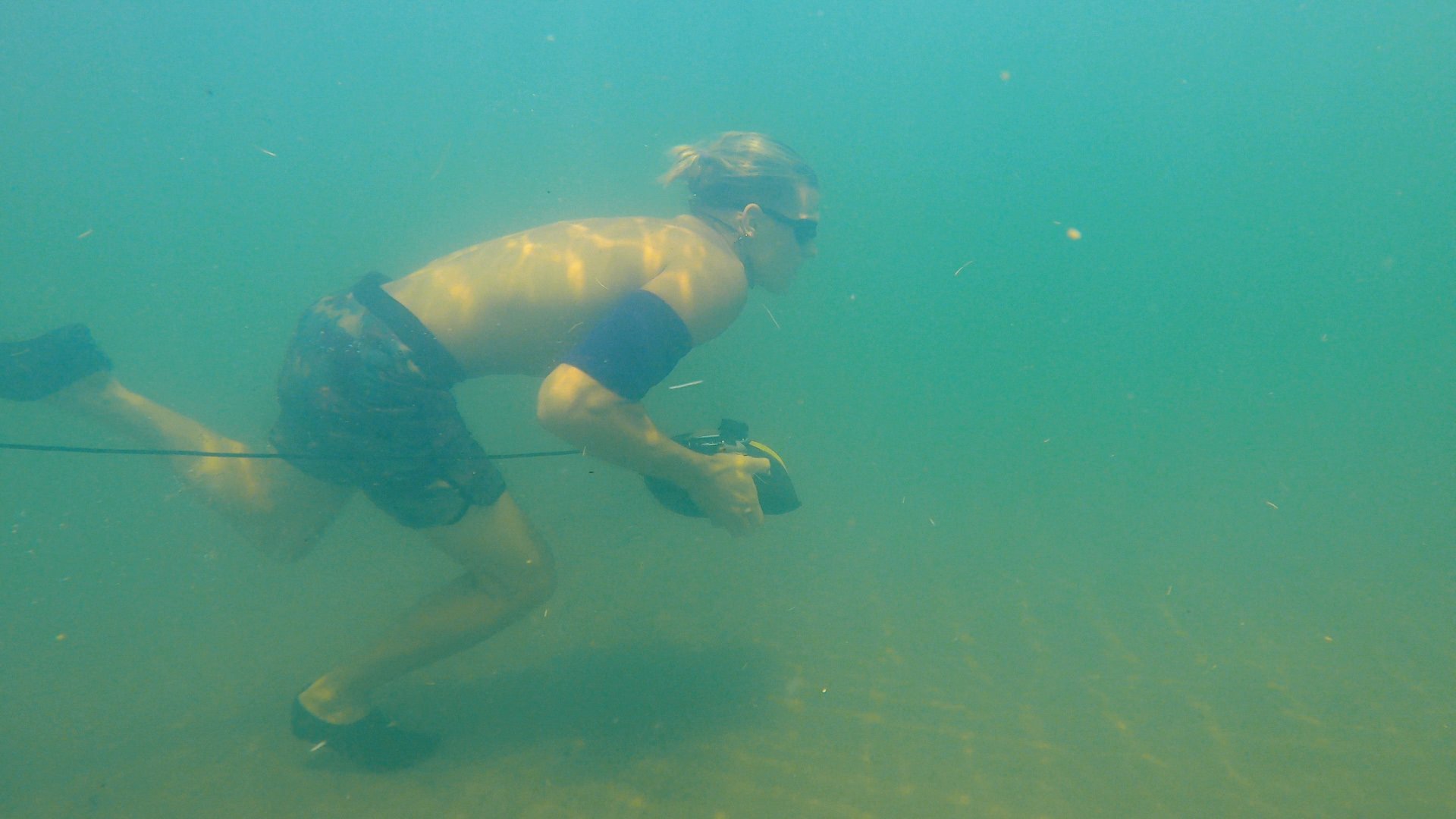 Koa Smith is a globe-trotting swell chaser known for his prowess in heavy barrels at Pipeline, Teahupo’o, and Skeleton Bay. Just absolutely terrifying waves. So, how does competing on “The Ultimate Surfer” compare? According to Smith, “It was the most intense competition that I’ve ever done…there were moments where I was shaking and almost blacking out with nerves.”

Wanting to hear more about Smith’s experience on the show, including how he prepared for it and what it was like being filmed in his sleep for a month, we rang him up and hit record.

Why did you sign up to compete on “The Ultimate Surfer”?

I remember I was sitting out at Pipeline with Ian Crane, and he told me about the show. I was immediately interested. Just the opportunity to get on the ‘CT without having to go through the ‘QS really perked my ears. That, and knowing it was going to be on ABC meant it was the opportunity of a lifetime. Something like that can change your life forever, you know?

What were some of the unique experiences you faced?

Waking up every day for a month knowing you had to perform your best was super unique. Going into these beach challenges and not knowing what you’re doing at all, but having to be ready for them, was a very interesting headspace to stay in. You had to be ready for whatever they said you needed to do at all times. After a month of that, I felt really good. I felt really sharp. Every day was a new challenge. It’d be like: “Why am I wearing reef walkers and an arm band right now?” And then you’d walk out and hear over the loudspeaker: “Alright, today’s challenge is…..” That was such a trip.

Did you change anything in your approach to “The Ultimate Surfer” as opposed to preparing for a more traditional surf contest?

I had three months to prepare because filming got delayed due to COVID. And I was training super hard every day. By the time I got there, I was the strongest I’ve ever been. Going into it, I was really clear and ready to try to win the thing. I’ve done the ‘QS for so long, so to get the opportunity where I just have to win one event to get on Tour, in a controlled environment, to live out my dream? I wasn’t messing around. I was fully ready to go.

During the filming, was the ‘CT wildcard and $100k in the front of your mind a lot?

Oh yeah. There was a bar setup, and they kinda wanted us to mingle, but I was very, very focused on winning. $100k is a down payment on a house. And then, like I was saying, the ‘CT is my dream, and has been since I was five years old watching Andy and Bruce [Irons] competing on there. That is what I wanna do. So that was the goal the whole time. I never stopped thinking about it.

What was the most fun part of the experience?

The barrel challenge would have to be it. Barrels are my specialty. So when I heard that getting barreled was one of the surf challenges, it was like, “game on–all I gotta do is go get barreled for as long as I can?”

Speaking of the barrel: How would you compare riding a perfect man-made barrel to a wave like Skeleton Bay?

Honestly, it almost feels like Skeleton Bay a little bit on the lefts. The barrel is semi-similar. And the right, backside, you can get so deep you can almost ride behind the foam ball. Before “The Ultimate Surfer”, I had never been to The Surf Ranch. I had five brand-new surfboards. We only got to catch three practice waves before the actual contest started, so the pressure was on. Guys like Zeke [Lau] and Mason [Barnes] had been there before — and Zeke had competed on the ‘CT there — so I had to get to know the wave and barrel as quickly as possible.

That said, it’s similar to an ocean wave, but there are little nuances that are very different. Like the push of the wave is different, because it’s sucking you back instead of projecting you forward. But as soon as you get into the barrel, it’s very similar. It gives you the same feeling as a mental ocean wave

What was the most challenging part of the experience?

Not being able to practice very much, or figure out your equipment… that was probably it. Every wave really, really mattered. You had to be able to feel out your board and learn the wave super fast. I remember going back to my little RV and getting my journal out, just trying to draw every little thing I saw on the wave. It was my way to learn using the little bit of information that I had. I’d be like: Alright, at this number it starts to barrel, or it gets steeper, or this section happens. So that was the hardest part, analyzing and getting to know the wave and getting comfortable with it. It took me a long time to be able to open up and be like: ‘OK, I got it. Now I understand it.’ That was a big moment for me on the show.

It was wild. Super wild. Having a microphone around your neck and 10 different cameras on you at all times — even when you were sleeping — was definitely an experience. But, I had just started doing weekly YouTube vlogs at the beginning of last year, so I was making videos and filming every day anyways leading into the show, so that taught me how to be on camera and how to talk in front of the camera. Everyone else was kinda resisting the camera, but I just embraced it. That was also my second TV show — I was on an “Amazing Race” type show called “The Runner” a few years ago, so I kinda knew the drill a little bit.

Describe the pressure of competing head-to-head in a surf-off knowing you have only one wave to perform.

It was the most intense competition that I’ve ever done. It either makes or breaks you. I had to draw from all my experience to perform, and I think my mental state is pretty strong in competition. I tend to thrive in those moments. But, it was very nerve-wracking. There were moments where I was shaking and almost blacking out with nerves, but I was able to focus on my breathing and focus on what I wanted to happen. I almost had to let go of control. That mental stability of being able to control your emotions when you need to is life-changing.

What does the experience of being on “The Ultimate Surfer” mean to you?

Being able to experience that with all of my close friends that have grown up together, it was radical. It’s something I’ll cherish for the rest of my life. My kids will be able to watch it. That is so cool.

How do you think the show will be received?

I think it’s gonna be amazing for surfing. It breaks down surfing to someone in middle America that has no idea what it is. It shows how to learn it, the culture behind it, how intense it can be, and what you can accomplish under pressure. Overall, the show is gonna make people understand surfing more, and then they’ll be able to watch a ‘CT event and kind of understand what’s going on.

What’s does life after “The Ultimate Surfer” look like for you?

I’m kind of in this limbo stage right now. Like: What’s the show going to do for me? I’ve already filmed an Expedia commercial and I’m getting other jobs from people just knowing that I’m on it. So I feel like my whole life is going to absolutely change here pretty soon, with more followers, more subscribers…and then from there I kinda need to re-calibrate my whole life and direction to see what I can do — and what I want to do — next.