Whose Coast Are You Surfing In San Diego? 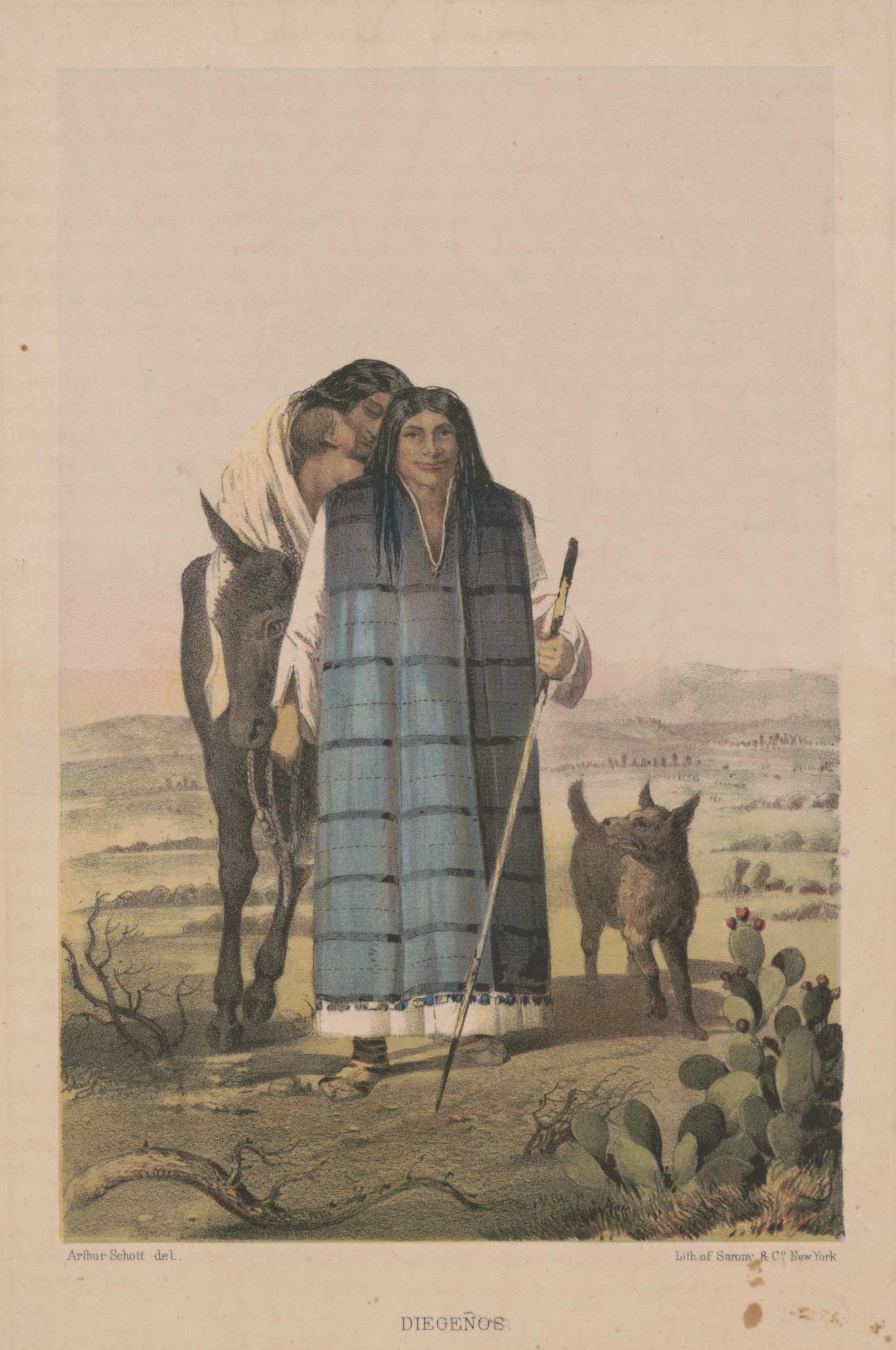 [This piece is part of a series highlighting the history of indigenous people who have called America’s coasts home since long before modern surfers did. To see whose coast you’re surfing, click here, and check back for more in the series soon.]

In surfing, we obsess over people’s history and connection to our favorite surf spots. We even go so far as to build hierarchies in the lineup based on who’s been there longest. First time paddling out somewhere? Cool, no set waves for you. Moved into the area for college a few years back and been surfing it on the regular ever since? OK, go help yourself to some scraps on the inside. Are you a third-generation local surfer who knows every cobblestone like a family member? You probably more or less run the place.

The funny thing is, while surfers place immense importance on our history and connection to a given surf break, outside of Hawaii, most surfers don’t actually have that much history at any particular spot. Not in the grand scheme of things, at least.

On the US mainland, few families can claim more than three generations of surfers. And, sure, some surfers have family history along their local coastline going further back through things like fishing, but none of that compares to the history of those who have the deepest roots along the coast—the original locals indigenous to the region.

In the case of San Diego, the original locals belong to the Kumeyaay Nation, a Native American tribe whose ancestral land spans from North County down to Northern Baja, from Swami’s to Sunset Cliffs and beyond.

An engraving of a Kumeyaay family, circa 1857.

How you can tell someone isn’t an original Sunset Cliffs local? They call it “Sunset Cliffs”. “Amat Kunyily” is the Kumeyaay name for the area, which means “Black Earth”. Just north in present-day Ocean Beach is Hapai, meaning “People’s Water”, where Kumeyaay people would launch their tule boats and dugout canoes.

The Kumeyaay roots along the coast run deep. “We’ve found tons of sites in La Jolla where we lived about 7,500 years ago,” says Ethan Banegas, a Kumeyaay historian who grew up on the Barona reservation in San Diego and teaches history at Kumeyaay Community College. “Back then, this was a new culture. Previously, we lived more inland and hunted sloths and mammoths with huge spears. But when those animals disappeared, we adapted to that changing environment by moving to the coast and living off the sea.”

But the Kumeyaay didn’t just see the ocean as a food source. According to oral histories passed down through the tribe, all life rose from the ocean. Santos Lopez, a Kumeyaay tribe member who grew up on these oral histories, said the Kumeyaay creation story centers around two brothers who lived beneath the waves. The story goes that one day they grew curious about the world above and climbed an underwater mountain until they eventually reached the surface and found insects crawling out of the tip of the mountain, each carrying a rock down the slope to form the Earth, piece by piece.

The ocean connections don’t stop there. While the early Kumeyaay didn’t surf the way you or I do now, according to Banegas, they probably still did shred in some capacity.

“That’s the kind of thing we’ll never know for sure, but my educated guess is that we did recreate in the ocean,” says Banegas. “Based on our material culture and archaeological evidence, we know that at that time [pre-contact with Europeans] we worked an average of 5 hours a day. So if you’re working 5 hours a day, you live in San Diego and you’re next to a beach…I mean, one plus one equals two [laughs.] I’m sure we used the ocean for fun. We surely swam for enjoyment, and we had these huge tule boats that we used for fishing, so I’m sure we’d take those boats out into the surf for fun, too.”

Unfortunately, the 5-hour work days and tule-boat expression sessions were eventually put to a stop by (you guessed it) European colonizers. In 1769, Spanish missionaries arrived and began their brutal, half-century campaign to stamp out Kumeyaay culture and transform its people into a source of free labor—all in the name of God, of course.

“Once you were baptized, you essentially became the property of the church and you couldn’t leave,” says Banegas. “The mission was basically a type of prison, and we were forced to work. So it was a carceral labor system—what most people would interpret as slave labor. The missionaries’ expressed goal was to baptize and convert as many people as possible, but they were also trying to create this labor force. Because guess who built the missions? We did.”

Between 1820 and the mid-1900s, stolen Kumeyaay land passed from Spain to Mexico to the United States, with the Kumeyaay people forced into a handful of inland reservations in San Diego County. Like so many Native American reservations across the country, many of the Kumeyaay reservations were placed on less-desirable plots with inadequate water resources for agriculture or other economic opportunity.

In more recent years, the San Diego-based Native Like Water program has sought to reconnect Indigenous youth to their coastal roots, bringing young people both locally and from across the nation together for an “indigenized education” in science, conservation, culture and surfing. Since the program’s inception in 2015, hundreds of Indigenous youth have participated and benefitted from reconnecting with both the coast and an integral part of their cultural identity.

“We take the local Kumeyaay kids surfing in La Jolla as part of the program because their ancestors used to live literally right there,” says Native Like Water founder Marc Chavez. “Some of the oldest villages were in La Jolla and many of their ancestors were buried in the area. Yet with a lot of these kids, the coastline is foreign to them because they grew up on reservations so far inland. They think they’re mountain people because they’re so many generations removed from the coast. That’s why a big part of indigenized education is recreating in the water — we’re literally re-creating a kind of connection and enjoyment that’s been lost over time. We’re letting these kids know that this is their natural habitat. They belong here.”

Unfortunately, affronts to the Kumeyaay people by the occupiers of their land never really stopped. For the past month, Kumeyaay activists have held protests against the construction of the Trump administration’s border wall, which cuts through land that contains the buried remains of their ancestors. Following unannounced dynamiting of the area by the Army Corps of Engineers in late June, Kumeyaay activists have tried to halt construction by holding all-day prayer ceremonies and blocking heavy equipment on site, but the government remains committed to continuing the construction.

“Digging up the ground like that, it’s disrespectful,” Bobby Wallace, a member of the Barona Band of Mission Indians, recently told the San Diego Union-Tribune. “It’s about the sanctity of our graveyards. No one would want someone to go through their graveyards and start blasting. No other people. Why is it OK for them to blast ours? Our ancestors?”

What’s happening at the border may be a particularly egregious episode in the occupation of Kumeyaay land, but the fact is that all non-natives in San Diego are living (and surfing) along a coastline that was taken from the Kumeyaay people. As surfers, we love to tell each other to “respect the locals”. Well, in the case of San Diego’s original locals, a good start would be supporting them in their fight against the border wall and educating ourselves about their culture and history.

To learn more about the situation at the border, click here to follow Kumeyaay Defense Against the Wall. For more information about Kumeyaay history and culture, click here.