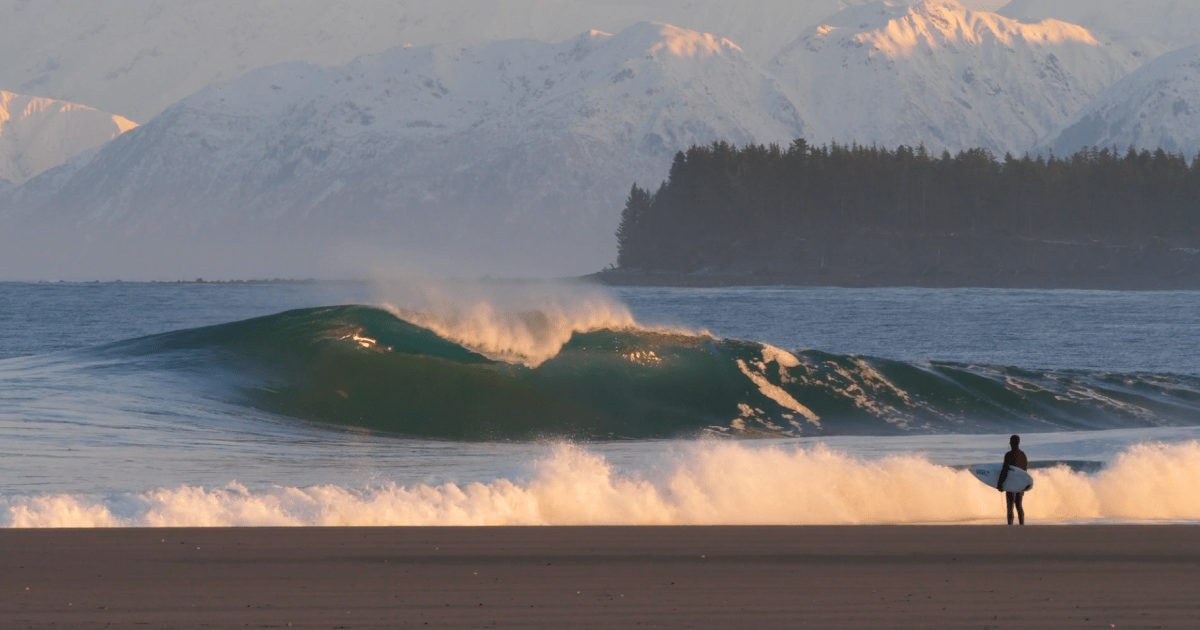 Josh Mulcoy’s first time to Alaska was for SURFER way back in the early ’90s, and it landed him a cover. That trip also began an obsession with the state that’s lasted two and a half decades, in which time he’s been back at least once every year. “There’s been some trips that had some fun waves, and some trips that had some really bad waves,” says Mulcoy in his film, “Within Reach”, above. “I guess I have an addiction to places that never get good, because I keep going back. Sounds stupid, but it’s true: I’ve gotten to surf perfect waves in other places but I’ve never had that feeling like I’ve had in [Alaska], when it all comes together.”

For Mulcoy, it certainly all came together on a recent expedition, the first time he’s truly scored in Alaska since that maiden trip as a teenager. “To pull up this time and have it doing it again was just a dream,” Mulcoy continues. “Like 25 years? Are you serious? To get it again with my friends…I dunno, those were the best waves I’ve had in years. And the best moments of surfing, because of where it was and what it was.”

This 22-minute film (along with the cover his latest Alaska expedition netted him), is just the cherry on top.

[Ed’s Note: this film/article was originally published in 2019]