Why Are Surfers Getting Shot At By Police In Costa Rica? 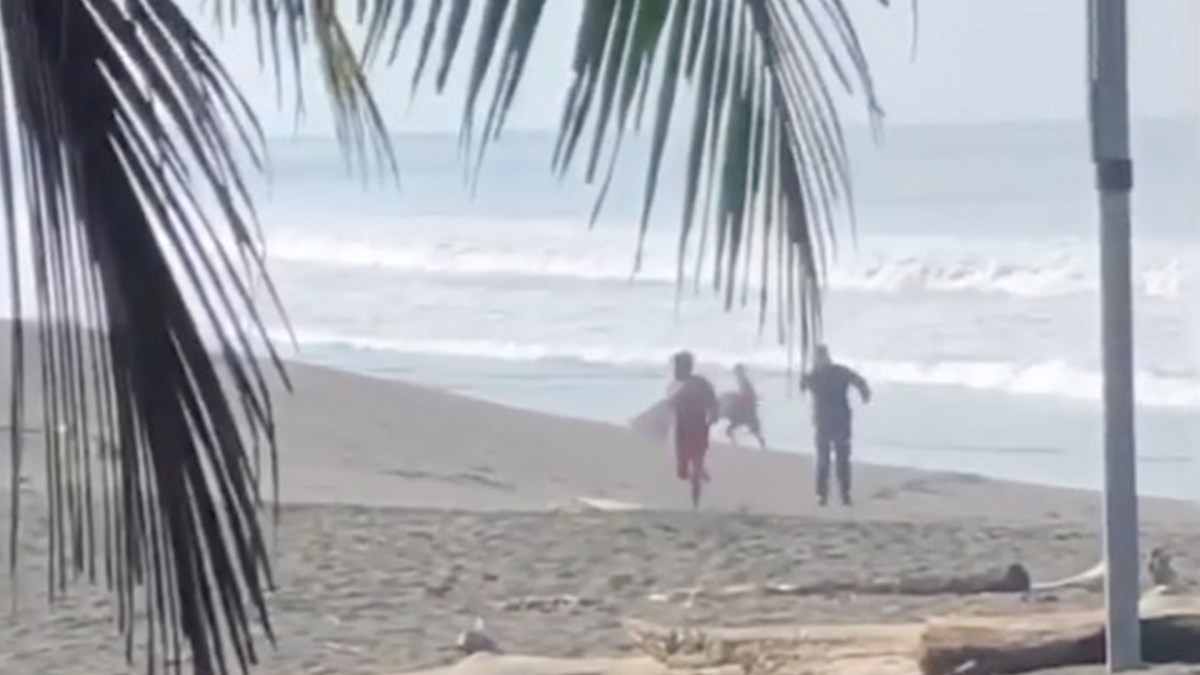 We’re all in this COVID-19 crisis together. Isn’t that wild? Wherever you’re at right now you can relate. It’s as if a Category 5 hurricane is bearing down on the entire world, and we have no idea how or when it will ever dissipate.

Last week countries everywhere began ordering residents to stay at home. And then they started closing beaches and lineups. From South Africa to Indonesia perfect waves are currently going unridden for the first time in 50-plus years. J-Bay is on lockdown. Surfers in LA are getting $1,000 fines. And in Costa Rica, cops are firing guns at surfers — well, at least one cop did.

Wanting to hear more about the COVID-19 situation down in Costa Rica, we called Noe Mar McGonagle, after he’d been “arrested” for surfing at the same beach (his local beach) where a surfer had a gun fired at him (or at least in the vicinity of him) a couple days earlier.

We saw the photo of you being escorted off the beach in cuffs from the other day. Walk us through that situation. Did you know it was illegal to surf?

Yeah, we’d been banned from surfing — the whole country, all beaches — for a couple of weeks already. But everyone was pushing it, still surfing. That day I was just surfing totally by myself, and I had 10 cops rock up on me [laughs]. I immediately paddled in thinking they were just gonna tell me to leave, but they arrested me.

What happened from there?

I went to the police station for about an hour. But they were cool. They didn’t end up fining me. They basically just said if they caught me surfing again I was going to jail.

[Above: Noe Mar McGonagle, during calmer times at the same break where he’d later be arrested]

Did it feel like they were just trying to use you to set an example? To say to everyone else, “Look, if we’ll arrest a well-known professional surfer, we’ll arrest anyone.”

I don’t think they knew it was me at first. But then one of the officers recognized me, took a photo of me and put it on Facebook, and that’s what started this whole viral craziness.

Have you been getting messages from online keyboard warriors?

Yeah man. It’s been a pretty hectic couple of days. I’ve heard all sorts of mean stuff. Some nice stuff too. But I put my apology video up and that got a lot of support. Which is nice. Overall, it was a ridiculous situation. It could have been nothing, but the cop felt like being a dick and putting my picture up.

That said, I wasn’t mistreated or anything like that. A lot of people were thinking I was the one that got shot at. I had people freaking out, like, “Are you OK” and “I can’t believe you got shot at!” I had to tell everyone: that was a different surfer, on another day. But it’s been all over the news down here everyday, and they have the stories all mixed up, so people just assume that was me.

To clarify, what happened? Did an officer really shoot at another surfer?

Yeah, that was pretty crazy. I know the guy they shot at. I don’t know him well, and I haven’t talked to him since, but that’s a pretty crazy legal situation. That cop is in trouble for basically attempting to kill someone. Whether he really aimed for him or not, he shot at the back of an unarmed person. So it’s not looking good for the cop.

How do you feel about the ocean closures? Some argue blanket rules are the only way to stop the spread of what’s definitely a serious virus, and others argue surfers should be allowed to surf so long as they don’t do it in groups. Where do you stand?

I know there are a lot of places where they are really upset about us surfing. Like Pavones, my hometown. I understand the rules because surfing brings a lot of people from the capital to the beach, and it’s Easter weekend coming up. So, I understand it that way, and I think their [the Government’s] goal is to make sure people just erase Easter off their calendar this year and stay at home. But, like for me the other day, I walked out from my house and went surfing all by myself. I wasn’t harming anybody, and I wasn’t putting myself or anyone else at risk. But yeah, they are patrolling super harshly down here. I’m quite surprised. They have police boats out and everything. I also think there’s a lot of misinformation about coronavirus down here. People think you drop dead if you get it, and they are so quick to call the cops on you for surfing.

So you can’t even show up by boat and drop anchor?

How do you plan to pass the time while not surfing?

We’ve been told we are actually allowed to leave our house for a bike ride or to go for a run, and I do a lot of mountain biking anyway. So I’ll probably do one long ride everyday. Trying not to think about the ocean since the waves have been firing.

Crazy to think we’re all in this together, in every corner of the globe.

Yeah, and if people think they’re bored now, imagine how it’s gonna be in a few weeks.

Or a few months.

At least the waves aren’t going anywhere. We’re just gonna miss out on a bunch of them, unfortunately.