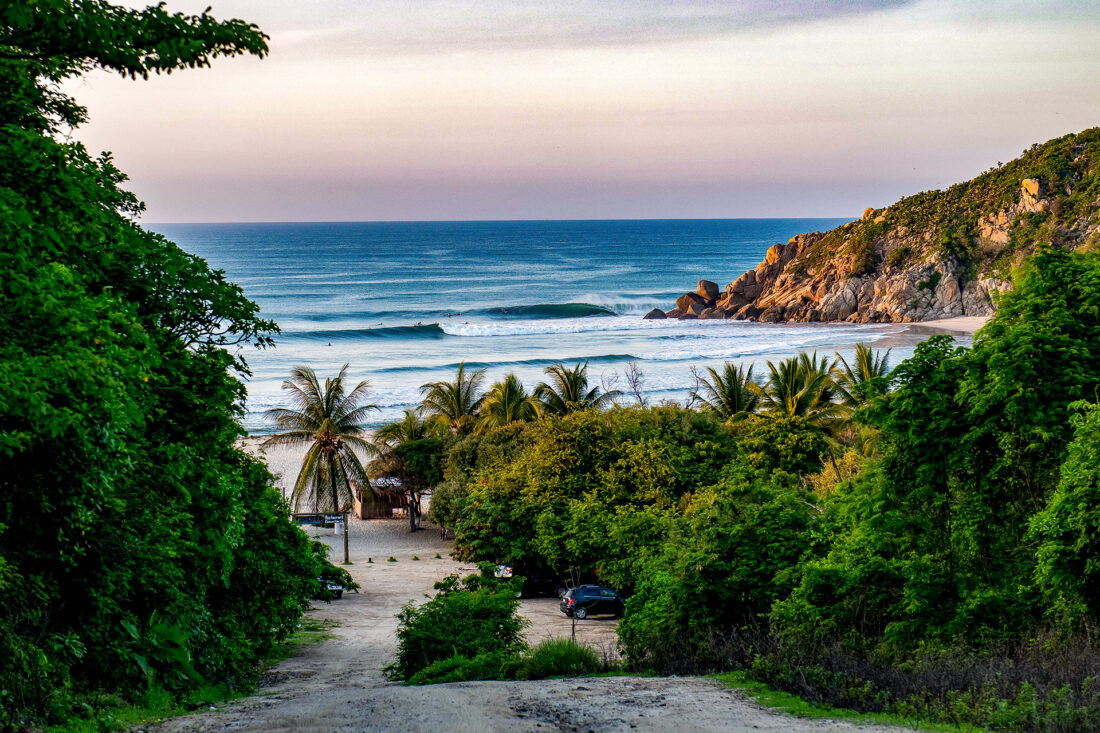 Captions by Kekoa Bacalso   All photos by Trevor Moran

In any sport, for those who do it at the highest level, there is an unimaginable amount of work done behind the scenes between competition. Surfing is no different, especially in this day in age with the competition at the elite level being as fierce as it is. But, there are times when practice just happens to be on a world class pointbreak, and those extra hours of work aren’t quite feeling like work at all. This past summer, before the WSL event in Barra De La Cruz, Mexico, Rip Curl Team manager, and former World Tour Competitor Kekoa Bacalso spearheaded a trip with World Tour surfers Owen Wright and Morgan Cibilic, and top junior Luke Swanson to get some early training rounds in.

“We we’re just coming off the event at Slater’s wave pool, everybody was in California, so we thought it was a good idea to run down to Mexico and spend some time at Barra, which would be the next event. They guys could dial in their new equipment, and hopefully we’d be scoring, really,” said Bacalso.

“Coming off the wave pool event these guys were in the best shape of their lives. It was 110 degrees for five days straight. And, they’re doing 10 to 12 turns a wave. So, we thought, strike while the iron’s hot. Everybody was so fine tuned at that point, let’s try to keep that momentum moving forward. Instead of going back to crowded Lower Trestles and just kind of being stagnant. We saw a nice little swell on the forecast, and to be honest I don’t know what swell direction it likes or anything like that, but it had some size, so we basically just charged it.”