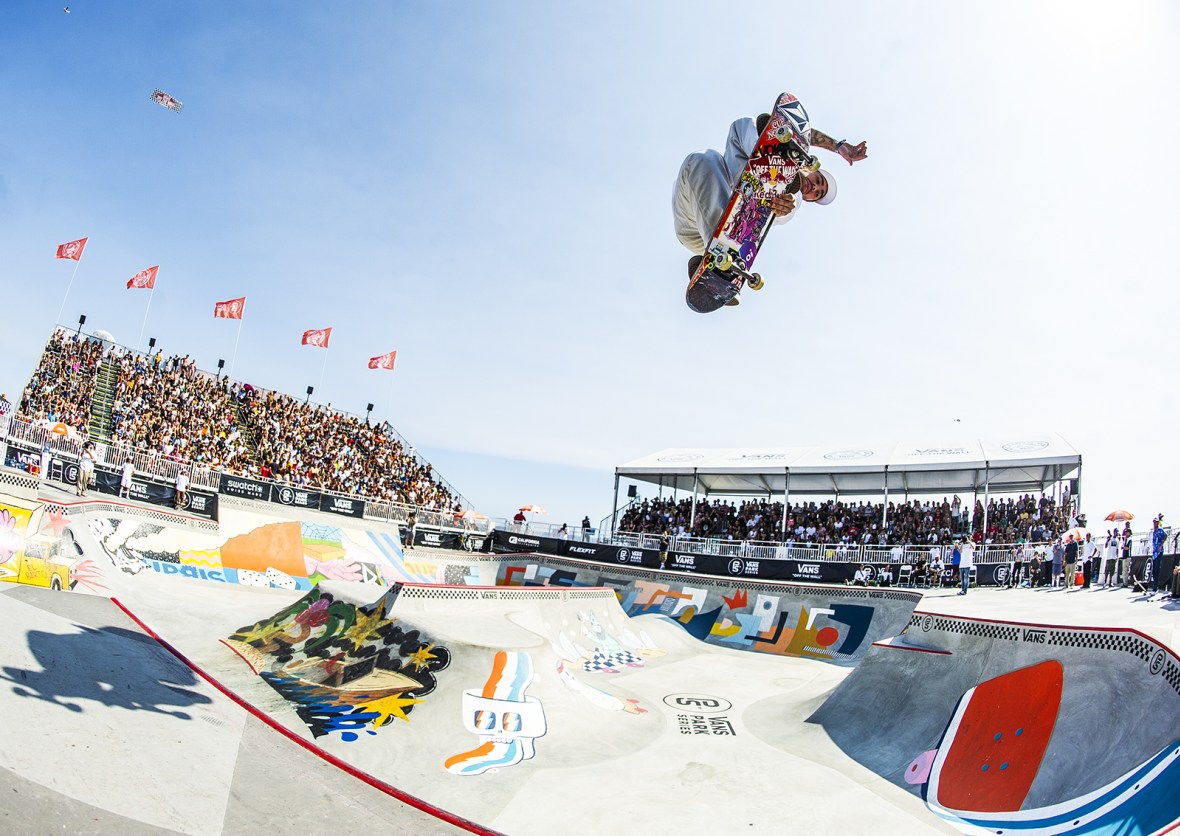 While the Olympics, and Olympic Skateboarding, have been postponed, these transmissions on the subject are still of relevance. These stories have never been about Olympic Skateboarding—the idea is absurd, but it’s happening and “you can’t put the genie back in the bottle”—no, they’ve been about skateboarding’s international governing body, World Skate, and specifically about the group of rollerbladers (formerly known as, Rollersports) that control that organization. Their presence in skateboarding is cause for concern far beyond the Olympic event that happens every four years and these stories detail why. This story in particular provides specific examples of World Skate’s arrogance, incompetence, and impetuous attitude towards skateboarding. I hope you’ll continue to tune in.

Vans met with World Skate in Rome shortly after the organization’s formation to discuss the possible sanctioning of Vans Park Series events for Olympic Skateboard Park qualifying. Keep in mind that governing bodies do not have to produce their own events. They can simply sanction existing events that meet their sanctioning criteria and not have to deal with event production. Everybody was under the assumption that the Vans Park Series (VPS), which had created and developed a successful park terrain competition series and is the model for Olympic Park Skating, would be sanctioned for Olympic qualifying.

“We assumed,” said Justin Regan, Creator/Director of the Vans Park Series, who attended the meeting in Rome, “that the newly formed World Skate, the merger of Rollersports (FIRS) and the International Skateboard Federation (ISF) to lead skateboarding into the Olympics was going to follow the ISF mission, that Gary Ream and Josh Friedberg had done such a great job of creating and fighting for, in which the Olympic qualification system would plug into the existing professional competitive skateboarding ecosystem in order to create as little disruption for the pro skaters and to the competitive landscape as possible.”

The Rollersports element within World Skate, however, had much different ideas and announced in no uncertain terms they are in control of the competitive skateboard system.

“When we sat down,” Justin said recounting the meeting, “Sabatino [Aracu, President of World Skate] started out by explaining that they were the sole governing body recognized by the IOC for overseeing skateboarding’s introduction into the Olympics. Stop. However, to thank us for everything we had done for getting park terrain skateboarding developed to that point, World Skate, under FIRS complete control, was now offering us the chance to partner in producing their events. One of the first sentences out of his mouth was, ‘We respect what you’ve done for getting skateboarding up to this point so we’re going to give you the first right of refusal to run our events.’ Basically, under the terms offered, our events would become their events, but we could still operate them, if we wanted.”

Obviously Vans declined World Skate’s “generous” offer and World Skate has since attempted to host their own events (with the disappointing results previously catalogued here). Their objective is to plug skateboarding into their rollersport ecosystem and use skateboarding to uplift their own event operations and infrastructure, regardless if it is a good fit for skateboarding or the athletes. This is why they were trying to schedule major global Olympic qualification events in far-flung locations mostly absent of skateboarding (China, Peru, etc.).

“Park skateboarding can be brutal, physically,” Justin continued. “And you can’t add more events into the calendar without diluting it so much that it hurts the sport overall—the money gets diluted between sponsors, that doesn’t trickle down to the athletes, while the athletes are flying around and getting injured and missing potential Olympic qualifying events because of an injury they got at a professional event that they needed to do to make money—like all that stuff. So we [Vans Park Series] were trying to see if it made sense to partner our infrastructure with theirs [World Skate’s], and would it benefit the athletes and skateboarding overall? As soon as we sat down, we realized who’s really in charge. It wasn’t the skateboarders at all, it was 100% the roller skaters.” 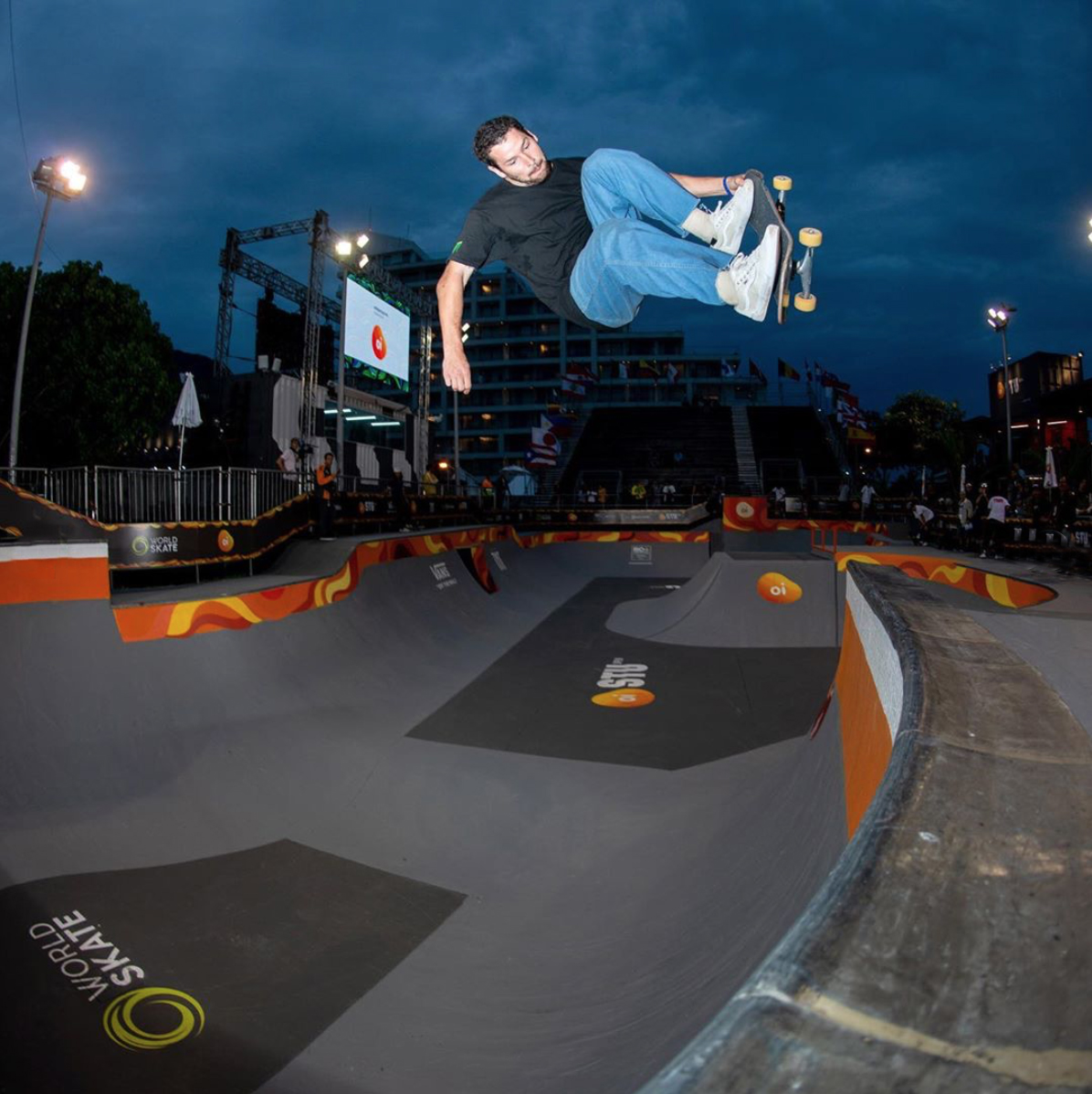 Sam Beckett, tailgrab, at the World Skate park contest in Sao Paulo earlier this year. This was only the second park contest World Skate hosted and it was a complete shitshow by all accounts.

While everything has been postponed/cancelled until further notice, you can still see the competition schedule that World Skate had put together. It’s very busy, with a lot of overlap, a lot of confusion, and some very ambitious travel itineraries.

It should also be noted that, prior to the corona outbreak, World Skate had the gall to call Vans and request that they postpone or cancel their VPS contest in Paris on June 19-20. Because, as World Skate put it to Vans, “It would be best for skateboarding.”

Skateboarder Union?
As I’ve quoted Mark Waters before: “When hasn’t skateboarding changed?” Skateboarding is always changing, yet it’s always remained Skateboarding. I think the current Olympic situation is no different: skateboarding is going to be fine. However, this is the first time that I’ve felt real concern because we are now involved in what is essentially a hostile takeover. Skateboarding will probably emerge with some minor bumps and bruises from this ordeal, but there is a lesson to be learned from all this: skateboarding needs to organize and prepare—organize in order to remain disorganized, and prepare for these sorts of outside intrusions to occur again.

One possible idea is: unionize. Just as every mainstream sport has a “players’ union” to represent and litigate for its athletes’/employees’ interests, so too should skateboarding have some sort of players’ union. We tried it in the 90s in the face of the injustices ESPN wrought upon the XGames athletes, but there were too many egos, too many disputes, too many skaters who refused to participate (scabs), and the idea was simply ahead of its time—it was new, therefore we feared it. But the new generation of skaters is a lot more media savvy and there are athlete agents involved now, so it feels like the idea of professional skateboarder union has a much better chance of succeeding today. 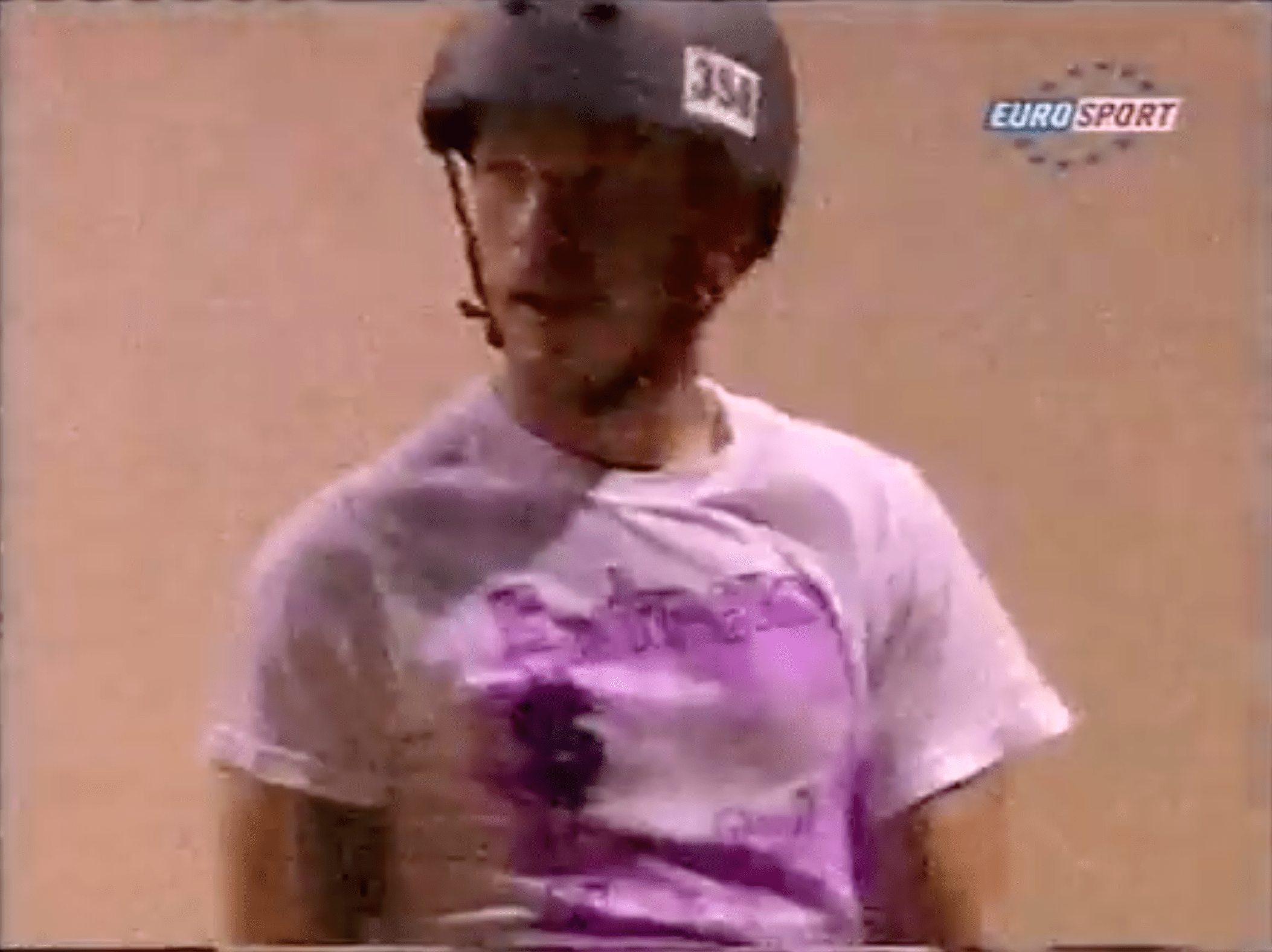 Skateboarding tried to unionize to acquire better contest earnings and working conditions at the XGames throughout the 90s. At the 2001 event, vert skater Matt Dove wore a t-shirt that he had emblazoned with the words: “Extreme $ Profits Network.”

I am not the person to organize a skateboarder union, but I am available to provide assistance in any capacity I can. For one, I think I can help with a name for the skateboarder union. I think of this exercise as similar to my recipe for starting a band: first, come up with a good name, then write the music that fits the name (because the music is the easy part).

So I sat down and started making a list of potential skateboarder union names. While the title of an official organization doesn’t need to be chant-able, like any good band name should, it does require a good, catchy acronym. Here are some of my first attempts:

There are a couple in there I like, but why choose one when we can simply combine them all? Because the only reason a group ever needs to unionize is when they are forced to deal with some LAME ASS FUCK’n SHIT.

Click below to read Carnie’s other stories about skateboarding in the Olympics:
–Meet Team USA
–Rio Recap plus Shaun White
–Skateboarding’s Olympic Uniforms
–Olympic Heirarchy Breakdown
–From Bad to Worse For World Skate