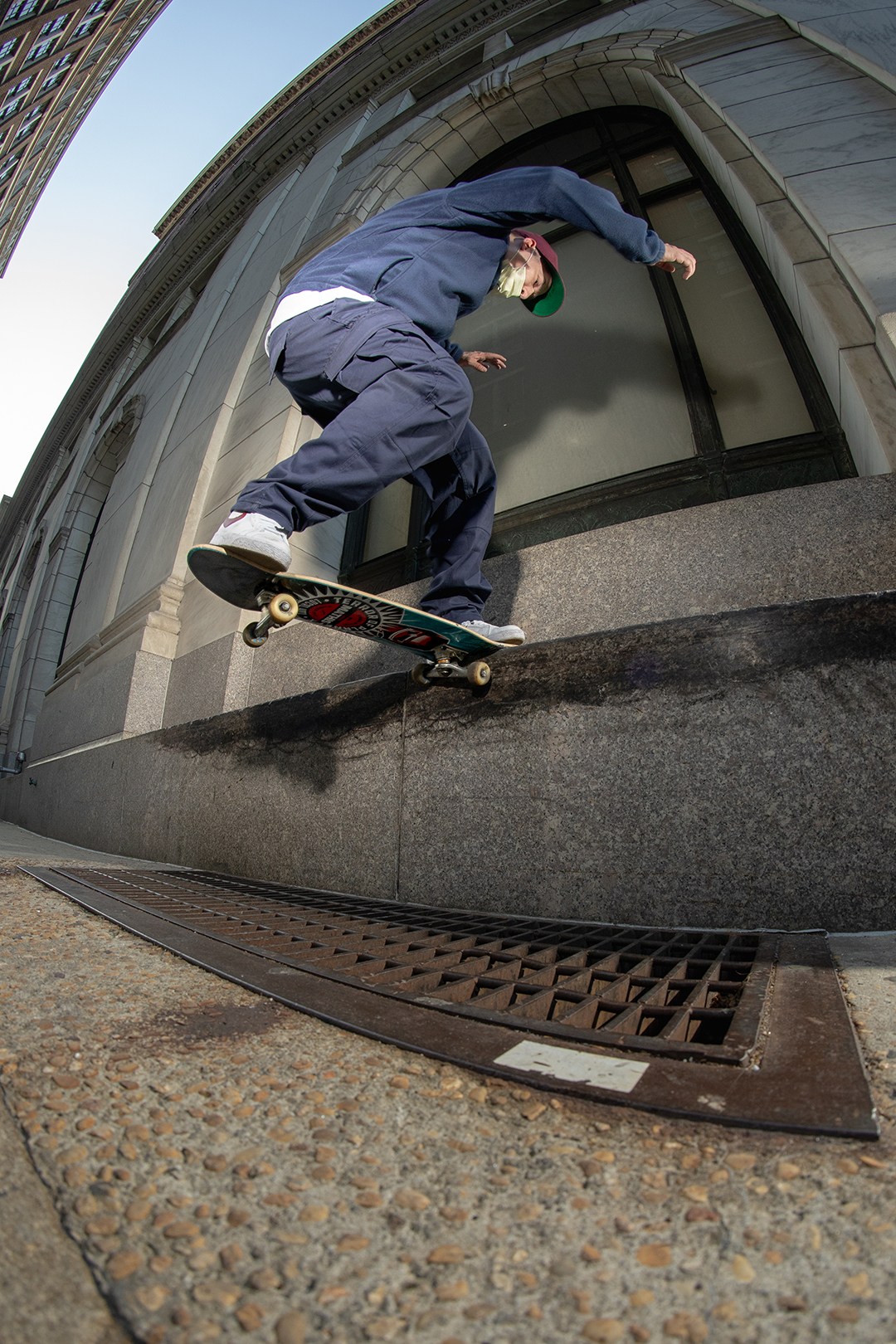 Back in April we started throwing ideas around about what to do while we’re locked down in Philly. We realized that a locked down city means unlocked spots with the main concern being someone else’s hot-ass breath so we masked up. That’s not to say there wasn’t the occasional guard kicking us out, but we still had more time at spots. Shit, we ended up going back three times within an hour for that tailslide Brandon did on the kinked rail because we knew the cops weren’t coming. We did everything from getting into vacant construction sites to climbing up 50 feet of scaffolding on a campus roof.

The city felt so eerie, growing up here I was so conditioned to tuning out the noise, I never considered how loud silence can be. It was buggy hearing birds and crickets drown out the engines and banter we were used to. I think I can speak for all of us, but we found solace in the chaos of it all. While we were at Afro Banks, there was a car beeping at the holding cells in the building across the street and someone from the inside was knocking back. It reminded me of that scene in Parasite where they’re using the light switch to communicate. If only one of us knew morse code we’d have more of a story…
Looking back at it all, the pandemic seems light compared to the police brutality and racial violence we’re currently in the midst of. With that being said, the push continues for justice. BLM.—Brian Weglicki 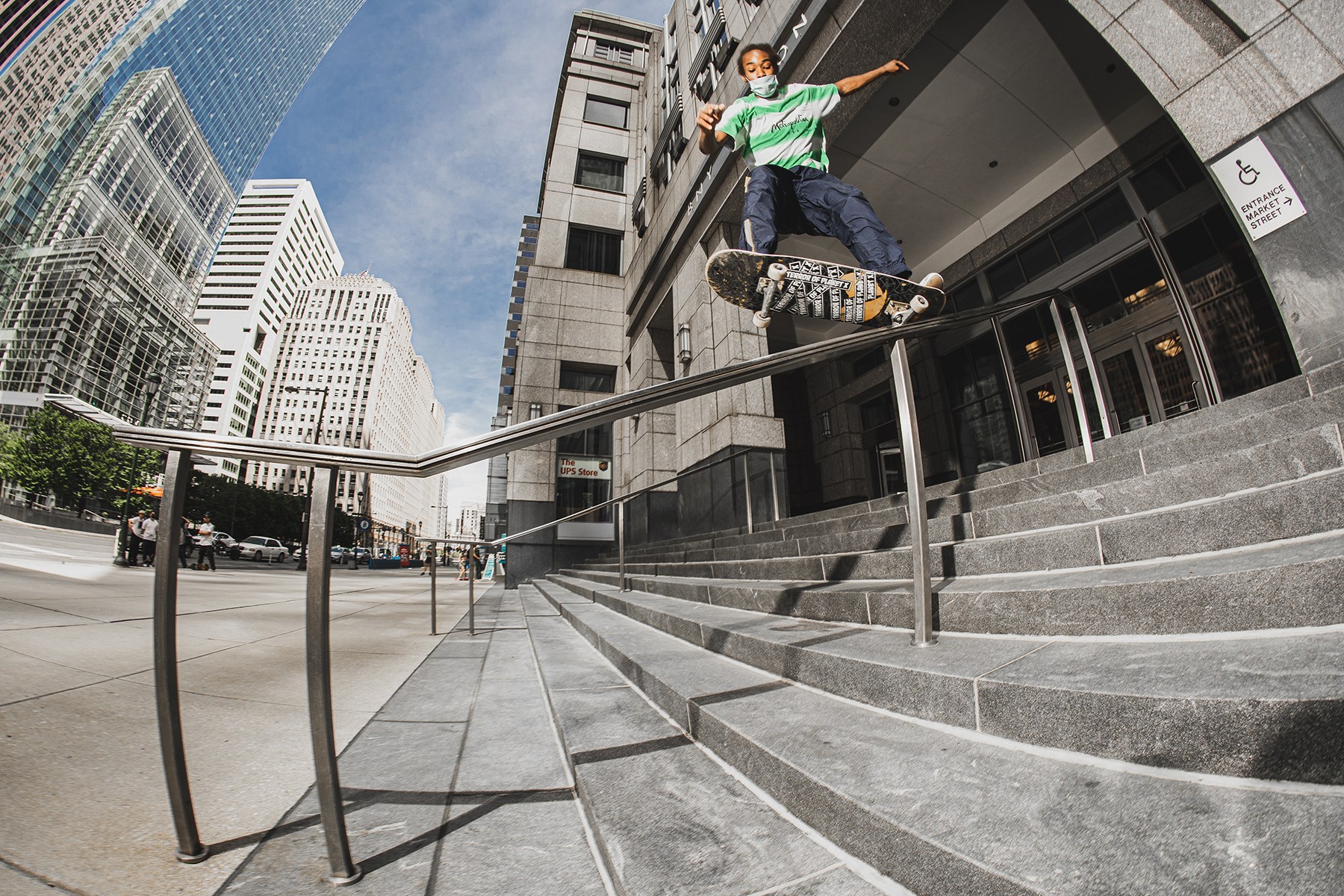 Brandon James, five-O through the kink. 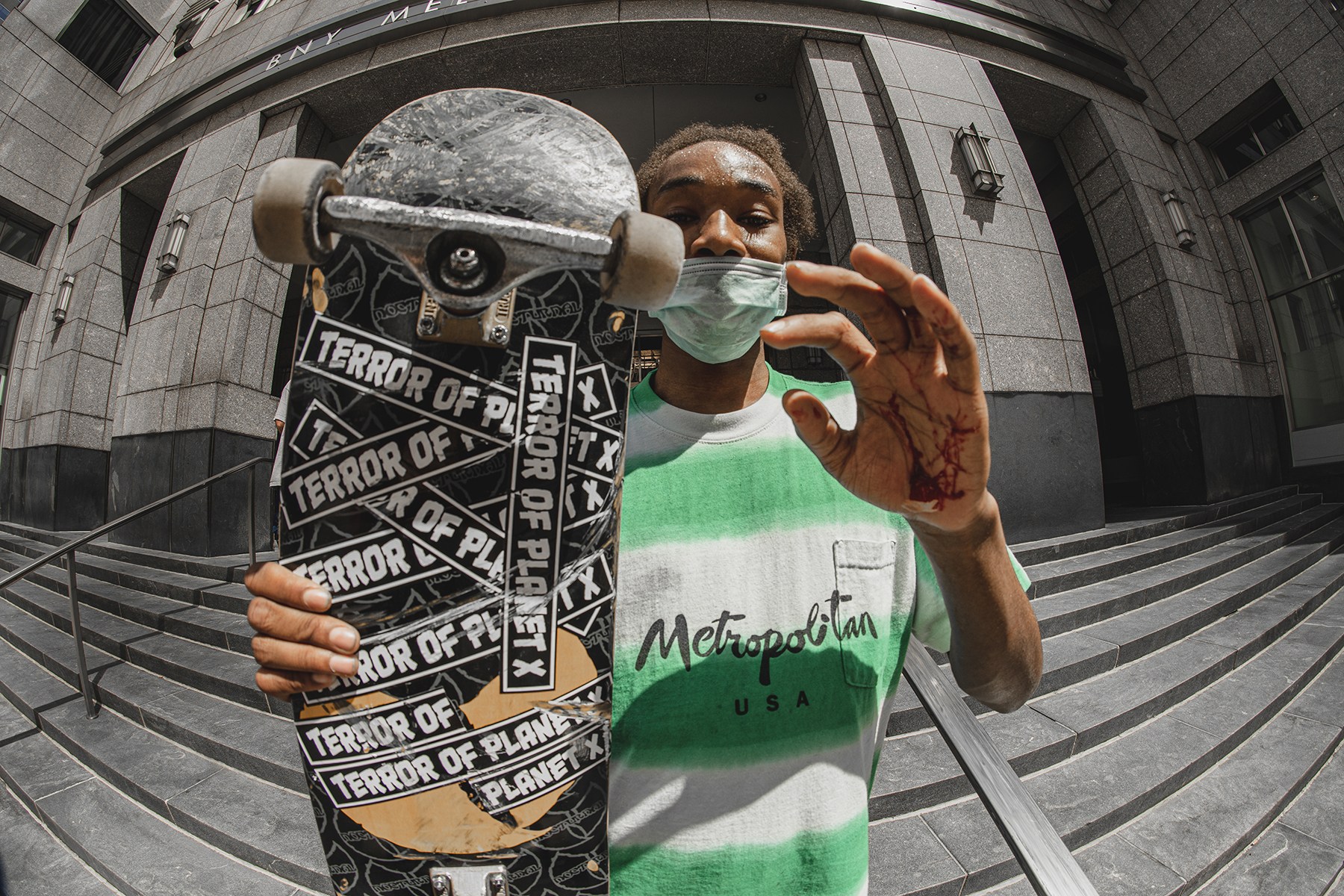 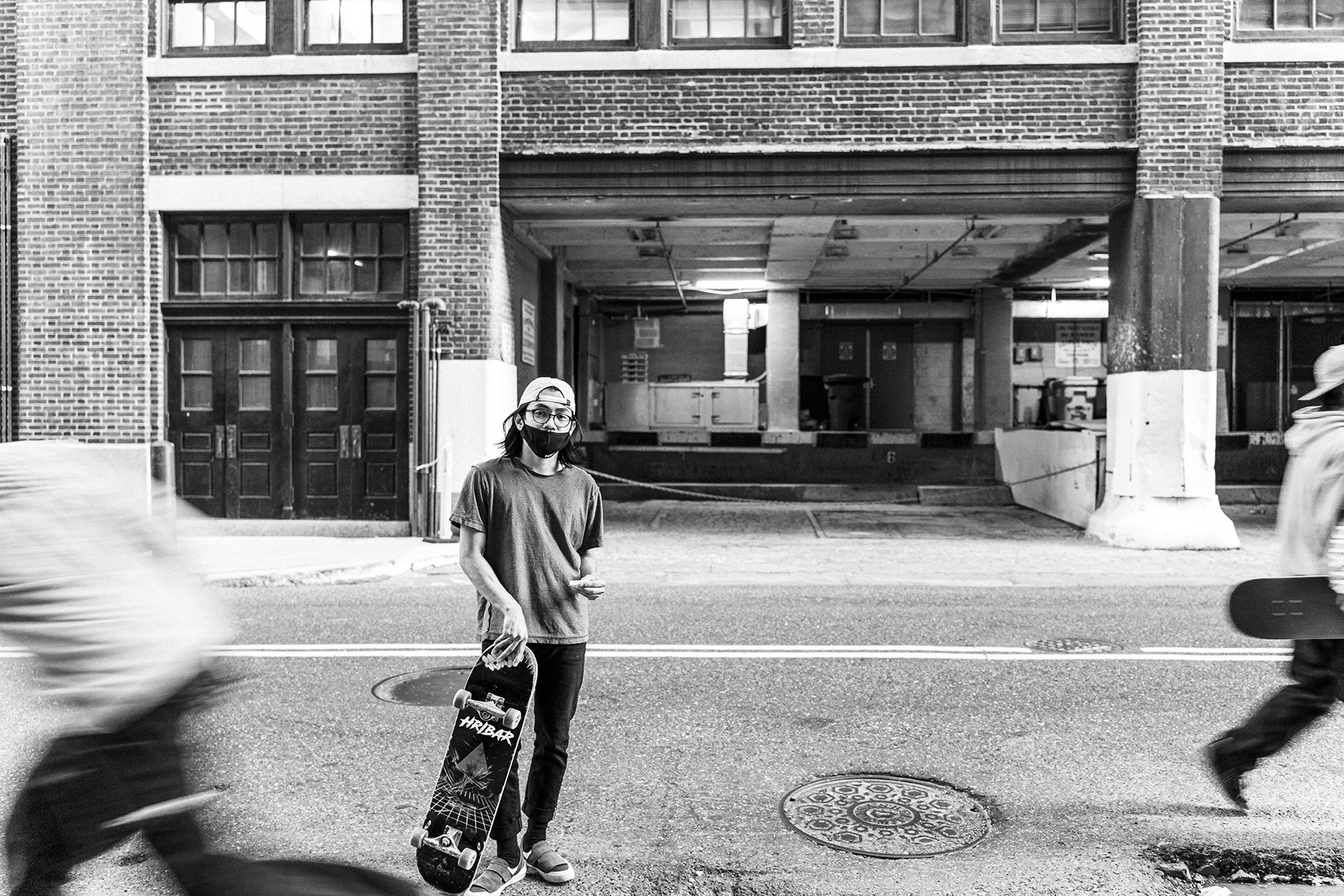 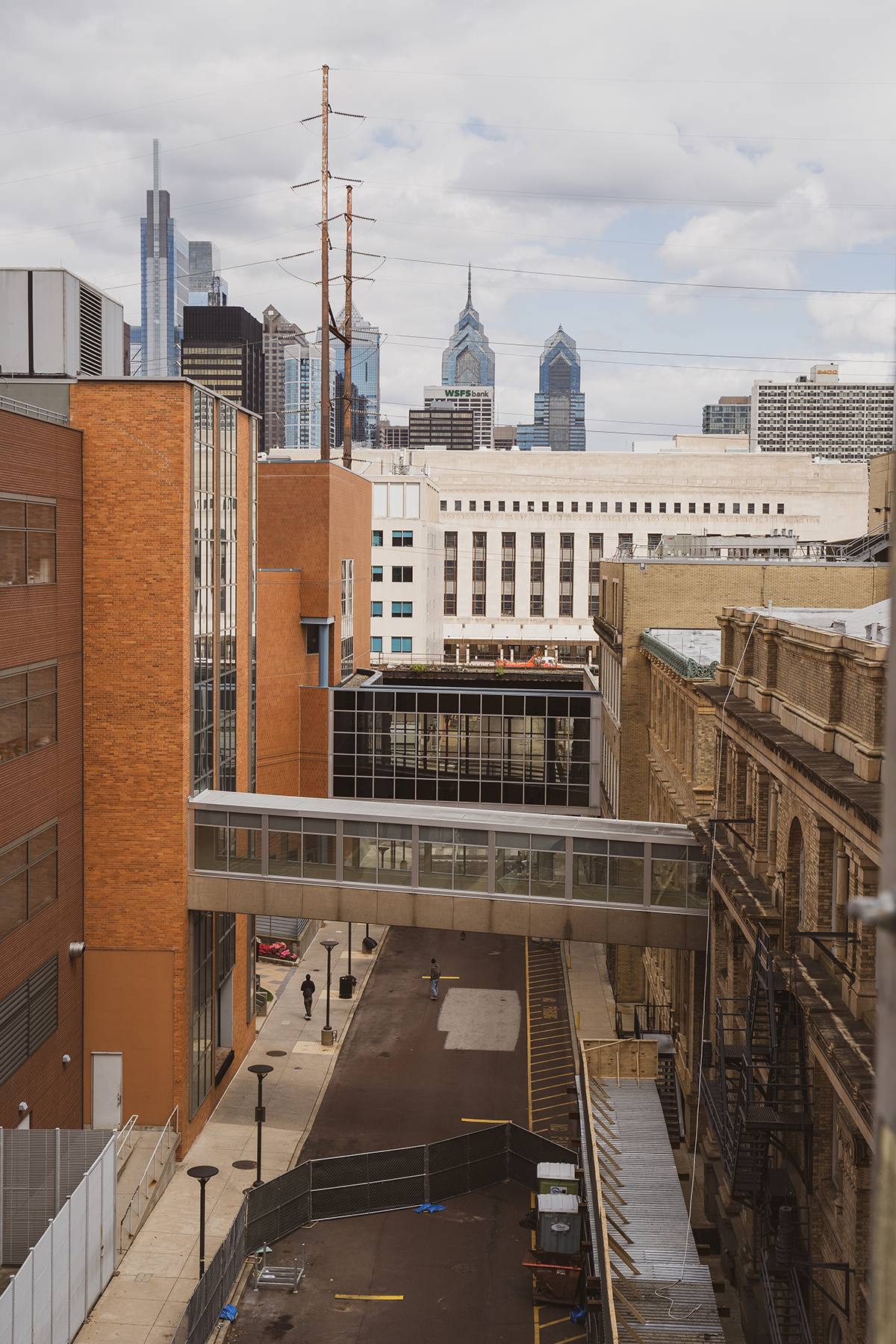 An empty Philly, for the taking. 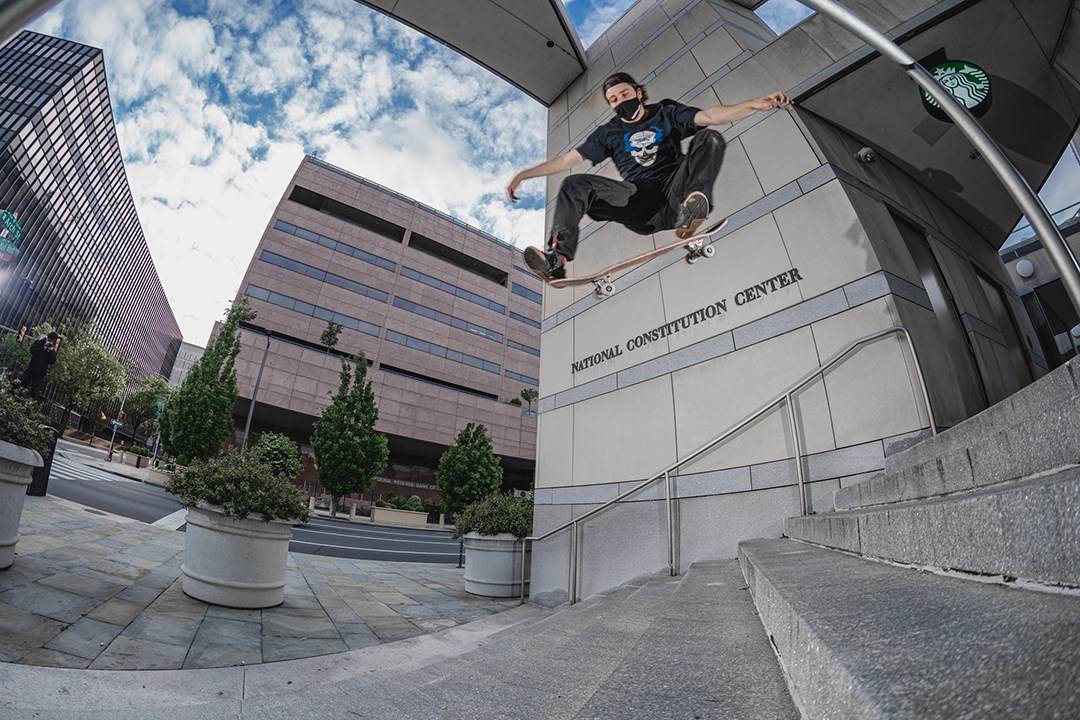 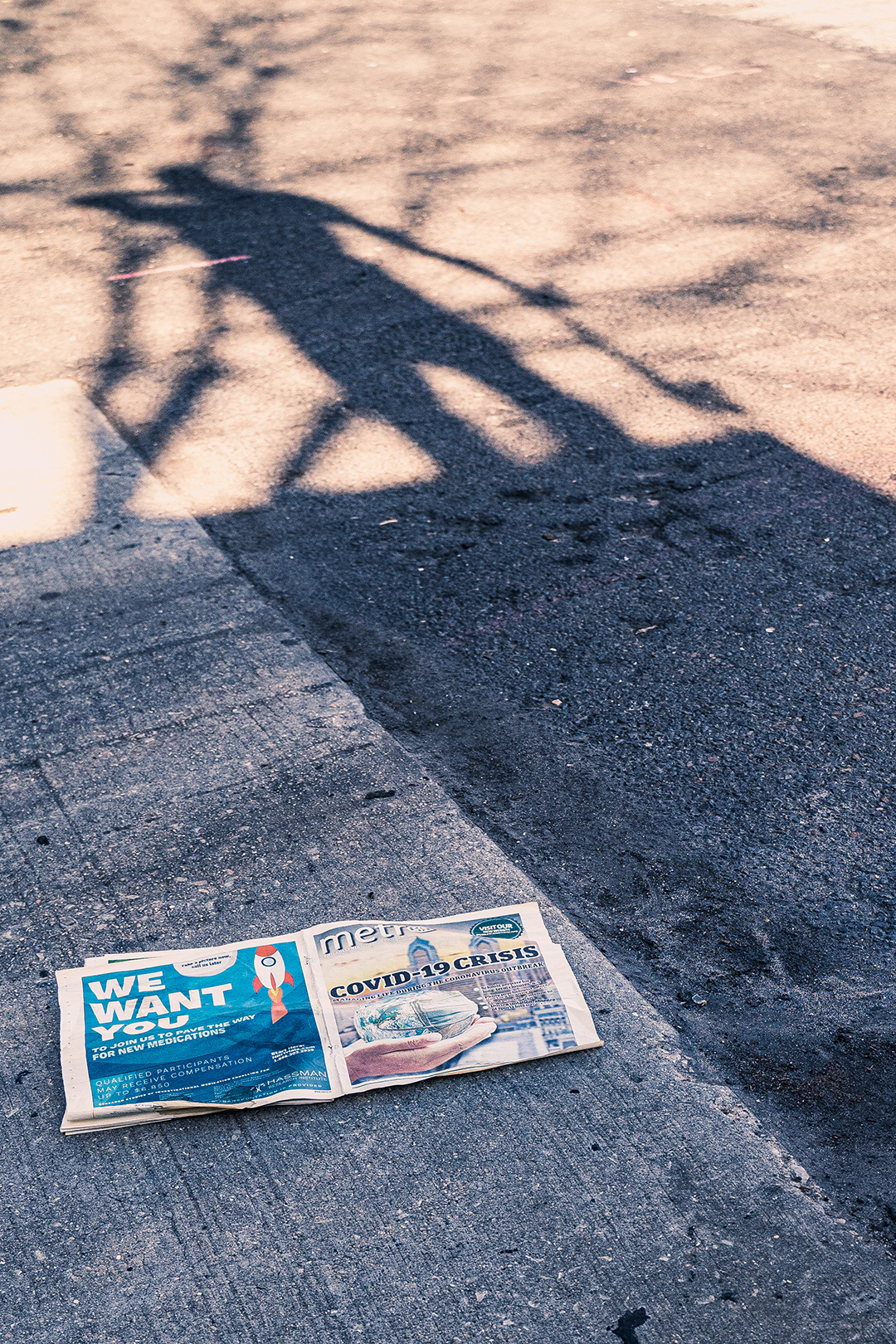 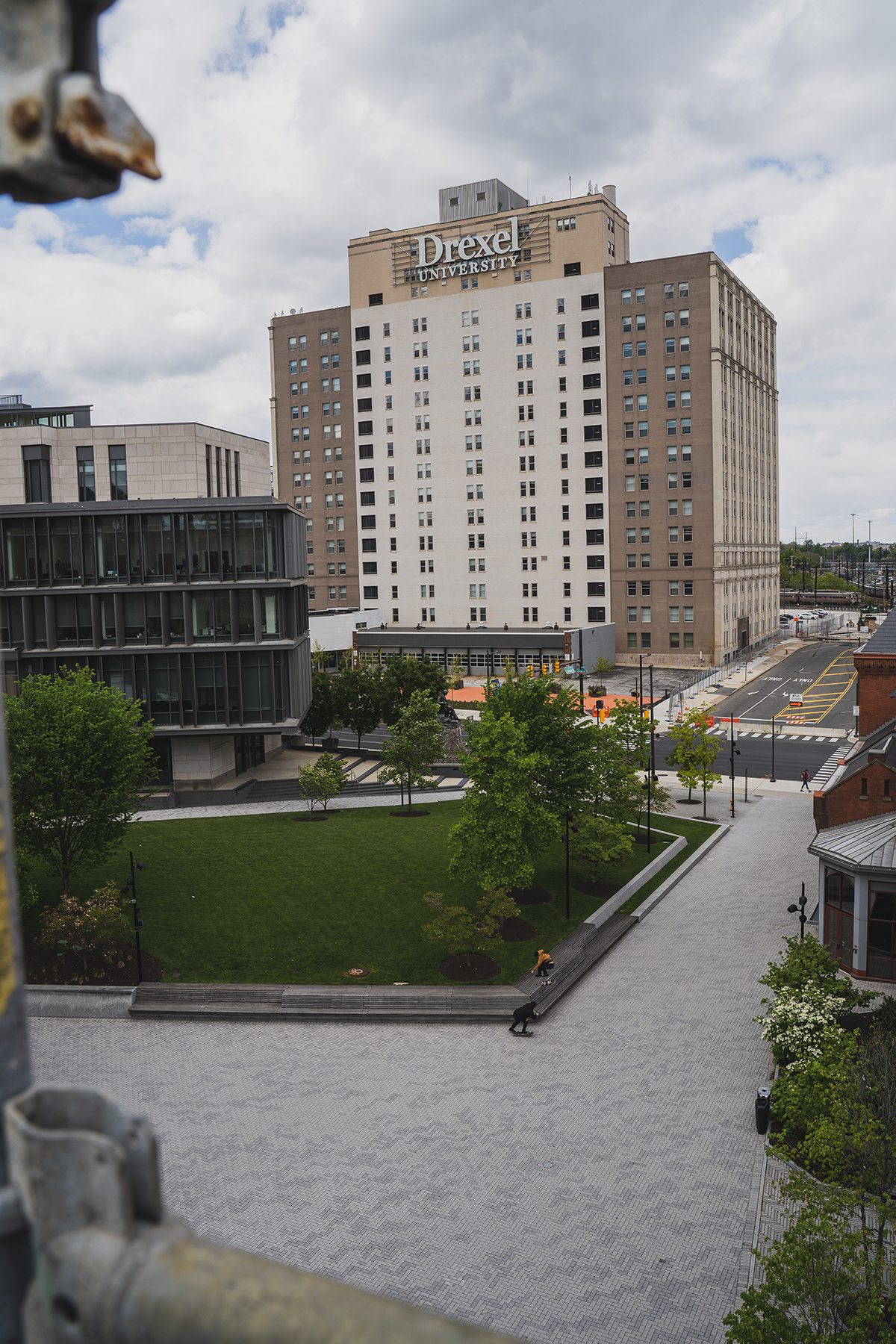