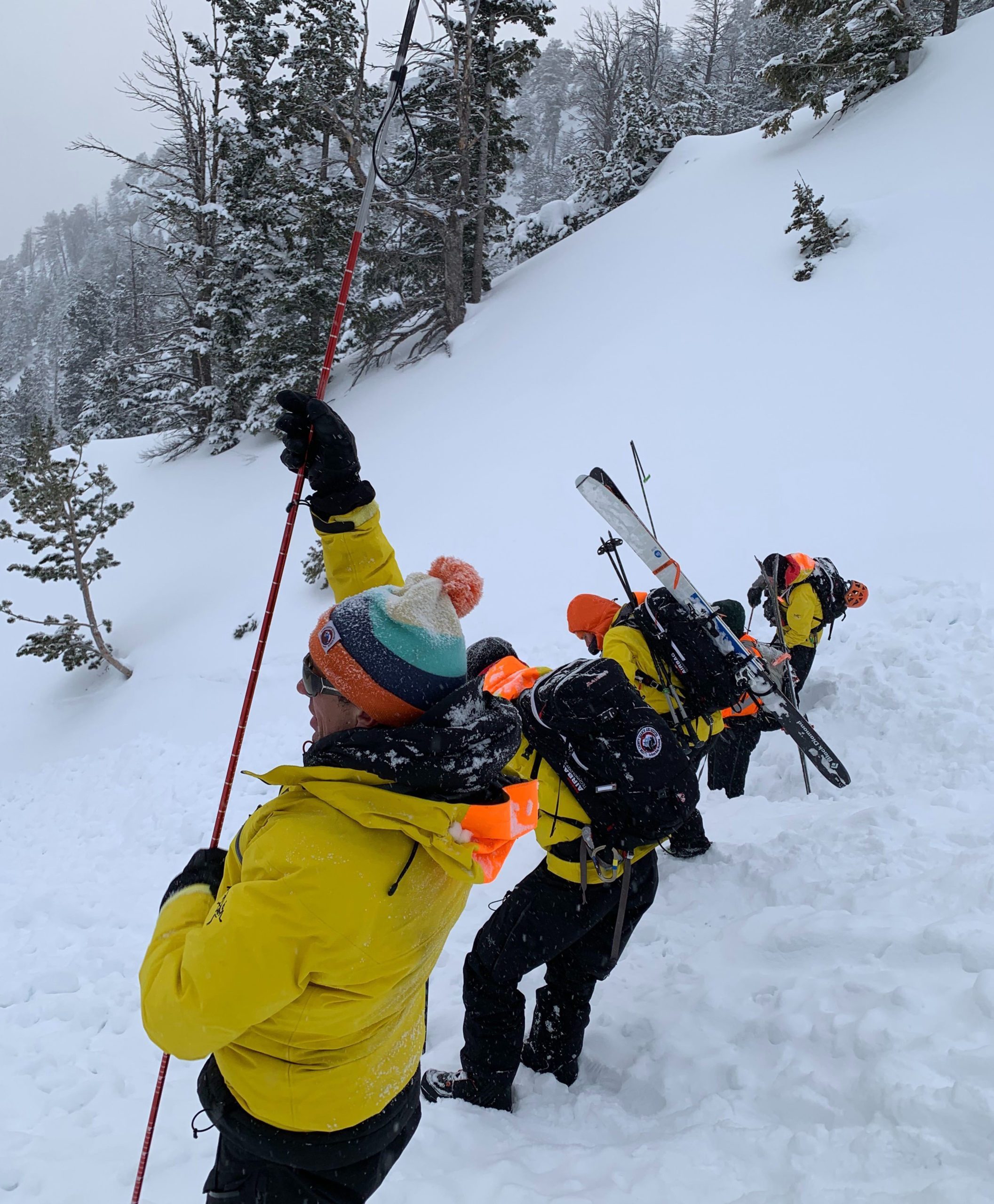 The body of Trace Carrillo, a twenty-eight-year-old snowboarder living and working in Jackson Hole, WY was discovered among avalanche debris within a slide path on Taylor Mountain to the West of Teton Pass at 11:00am MST on April 2, 2020. The remains of Carrillo were located by a rescue dog being used to aid the efforts of a forty-person search team comprised of members of the Teton County Search and Rescue, Wyoming Department of Transportation and Jackson Hole Mountain Resort ski patrol.

Photos from the Taylor slide.

The discovery of Carrillo was the culmination of events that began with Trace being swept by an avalanche on the south face of the 10,350-foot Taylor Mountain just before 3:00pm MST on April 1st. Having lost visual contact with Carrillo, his splitboarding partner immediately initiated a beacon search of the slide path to no avail and exited the backcountry to borrow a cell phone and make the call to emergency responders. A concerted search and rescue effort, involving transceivers, probes, and drones, ensued until nightfall on Wednesday with only Trace’s intact splitboard being discovered. On Thursday morning, the canvassing of the Taylor Mountain slide vicinity was rekindled after avalanche mitigation efforts, including the use of a helicopter and blasting had taken place. Once located and removed from the snowpack Trace’s body was evacuated to the Coal Creek parking area at the base of Teton Pass via helicopter.

According to several forecasting sources, the avalanche danger on Wednesday was moderate though some significant snowfall had accumulated overnight. According to the Bridger-Teton Avalanche Center, the crown of the slide that swept Carrillo was two to three feet at its peak with a median depth of six to eight inches.
On Thursday, Trace’s father, Tracey Carrillo, posted the following message to Facebook: “It’s with a heavy, heavy heart to say we lost our son Trace Carrillo today in an avalanche accident in Jackson Hole Wyoming. It was what he loved doing. Thank you for your prayers and for the efforts of the search and rescue team. Please continue to pray for our healing and for his friends and family.” According to posts on social media, Trace, who studied Natural Resources Management at the University of Utah and worked for the US Forest Service, was far from a novice when it came to splitboarding and the backcountry. With his unique affinity for hardboots, Trace ascended and rode down Washington’s formidable Mount Rainier in May of 2019 after bagging Mount Whitney and other Sierra peaks in April. 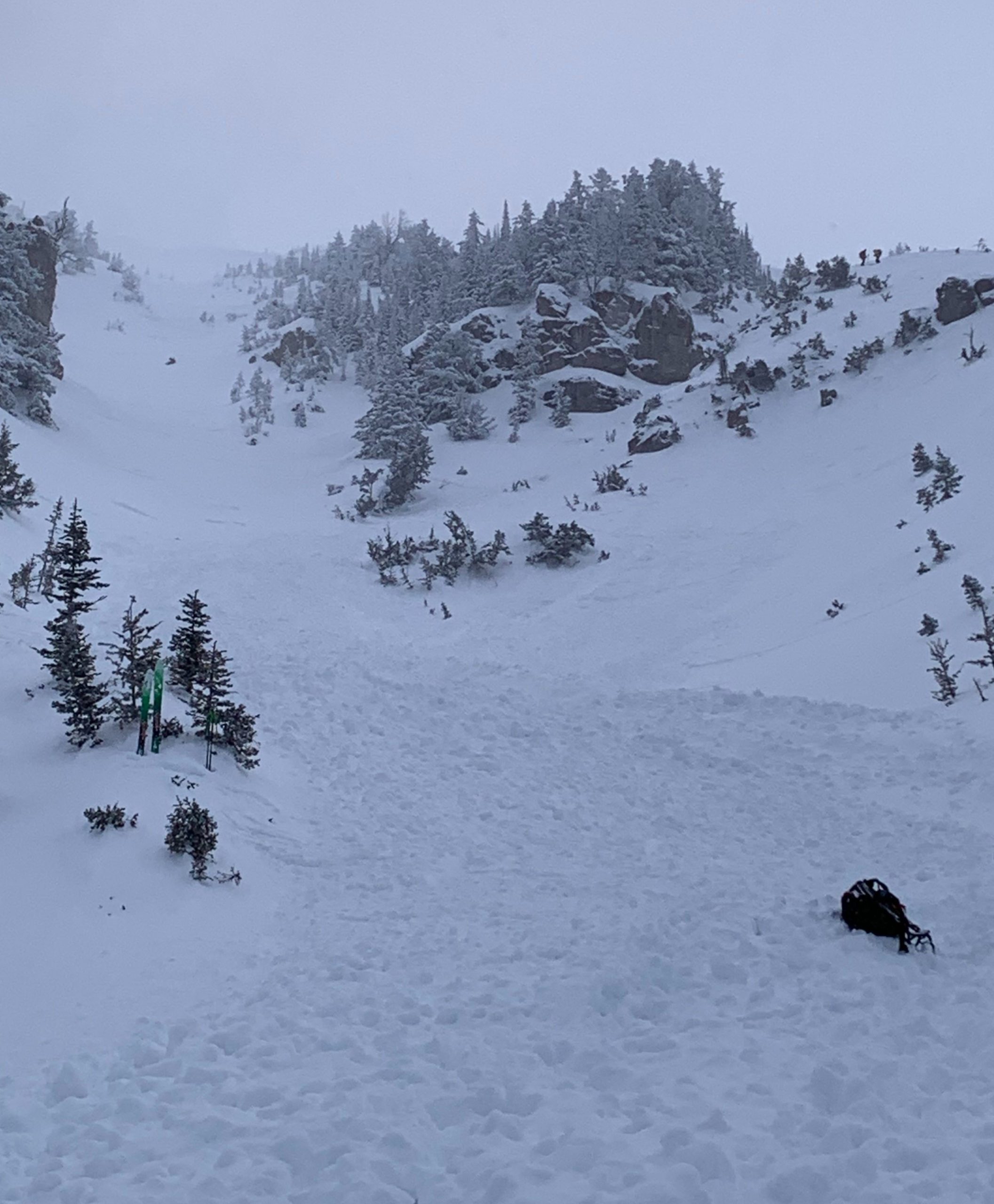 Photos from the Taylor slide.

The loss of any person, regardless of how they choose to recreate and find sanity amongst the chaos, is tragic. Yet Trace’s passing in this manner at this time serves as a poignant, albeit somber, reminder of the need for us to mitigate the risks that we impose on others, like first responders, rescuers, and even healthcare workers. Matt Hansen, the communications director for the Teton County Search and Rescue Foundation spoke to SNOWBOARDER about how the current pandemic has affected their efforts. According to Hansen, “A year ago, COVID-19 wasn’t something that our search and rescue teams had to worry about. We’ve certainly addressed coronavirus as a team and are taking all of the guidelines and precautions to make sure our team isn’t exposed. Does the coronavirus bring them to a point where they aren’t going to do their mission? No. Our team is as ready as they’ve ever been. We had over thirty people out the door yesterday for the Taylor Mountain search. It doesn’t hamper their efforts at all, but it adds another layer of consideration that they have to think about on top of avalanche mitigation, temperature fluctuations, and not to mention, everything that goes into operations involving a helicopter.” 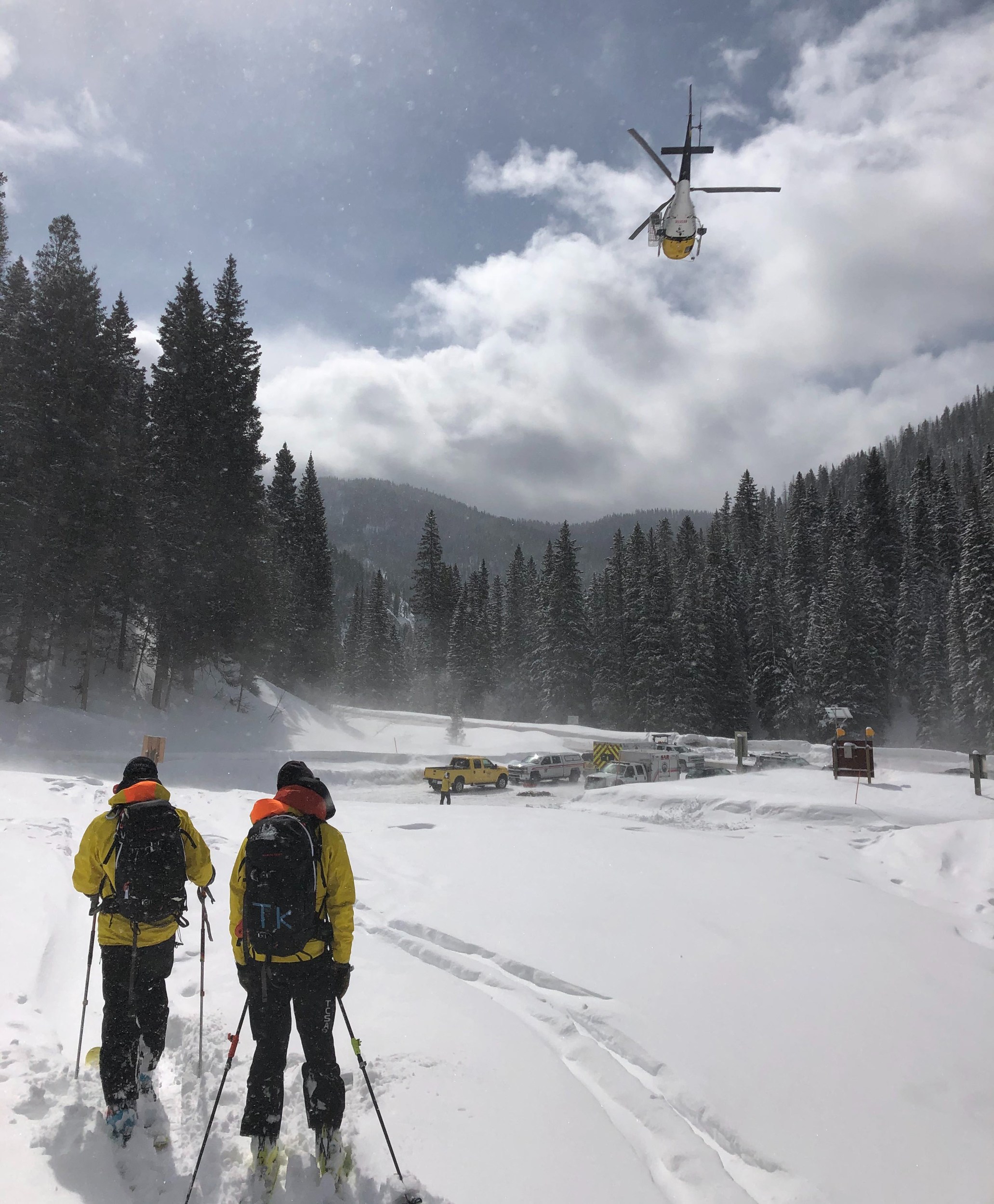 Photos from the Taylor Slide.

Given the current circumstances surrounding this global crisis and how it affects those seeking solace in the backcountry, Hansen reiterated an ongoing message that they’ve been promoting within the Teton County Search and Rescue channels. “We’ve been telling people to dial it back. We know that people are going to go backcountry skiing. Here in Jackson we’ve left it up to each individual. We haven’t drawn a line and said that people can’t go backcountry skiing because everyone realizes the physical and mental health benefits that come with it. If you’ve been cooped up indoors all day, going out for a skin or a bootpack means the world. But if you are going to do it, you’ve got to be extra cautious because we don’t want to add additional stress to a medical community that is already stressed.”