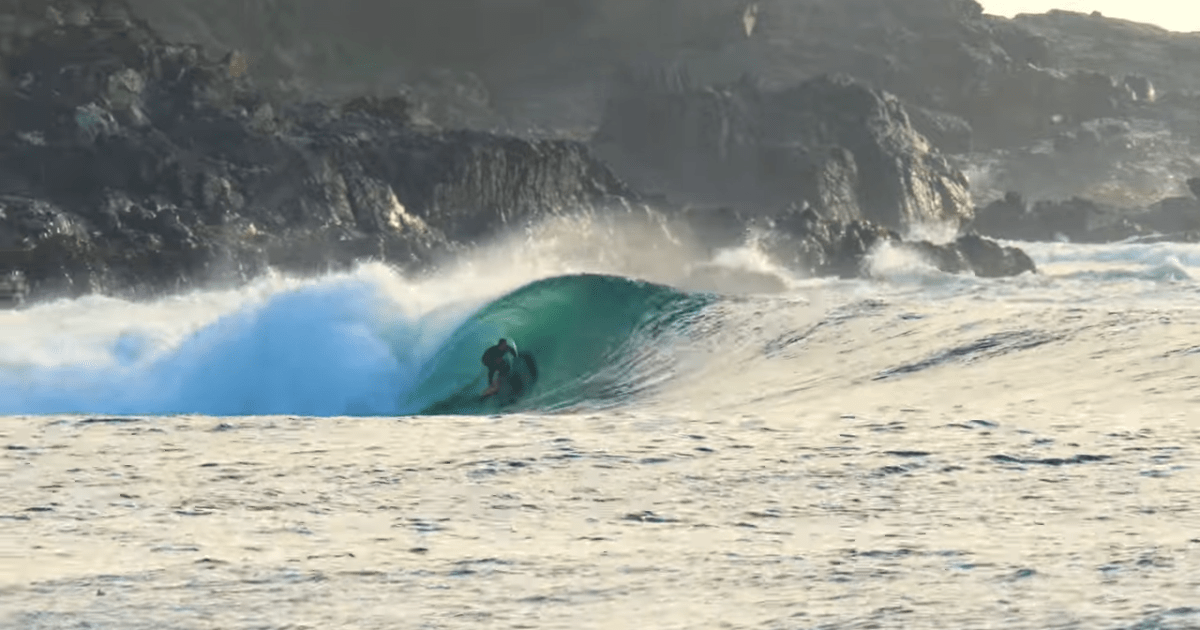 At only 20 years old, up-and-coming surf filmmaker Quinn Graham hasn’t produced a massive tome of visual work just yet. But of what he has created in his young career so far is starting to turn heads throughout the surf world. Tomorrow he’s premiering an edit featuring California ripper Frankie Herrer and just yesterday he dropped “As It Is”, a striking edit from his jaunt to Chile alongside friend Noah Hill and to score the epitome of left-breaking perfection.

As what happens on most surf trips, the two saw both underwhelming waves and waves that look to be the epitome of left-breaking perfection. Upon returning from their trip to South Americaa, Graham got busy on the above edit, and wrote a short bit to explain their time south of the border. Click above to watch the edit in full and keep reading for a word from Graham:

In the grand scheme of things our goal was to create a video that brought us closer to the world of surfing, we were almost certain we could do that if we only had the right waves. What we thought would be the perfect storm popped up on the charts and with the last of a small budget we decided that Chile would be the hill that our short lived time in the surf industry died on.

After a 13 hour flight and a 6 hour drive; we got to a stretch of coast that was a creation of none other than god himself. Potential was all we could see yet the waves were underwhelming. In Part One, you’ll see clips from the first 12 days out of our 2 week stay in South America. Many of those days we didn’t surf at all, holding onto this dream of endless perfect waves only made matters worse, we had realized it was time to wake up and see our world as it is. We saw paradise, waves or no waves we were in the most beautiful country I’d ever seen. The locals were welcoming and as we gathered to break bread each night we all understood the gift of life which was connection. Quickly, the narrative that this may be the end of a short but fun ride in the surf industry changed to gratitude that it ever happened at all.

Like any 20 year olds out there, Noah and I feel an urgency to overcome the slow process of finding our Identity. Luckily we’re able to discuss these feelings of limbo openly as they arise. Our dilemmas differ but the theme is constant, thoughts interrupting action. Throughout this trip, conversation lead to the discovery that our awareness about the absent presence was birthed from our relationship with surfing. We realized we’re drawn to surfing because it forces us to face patience, commitment, struggle and uncertainty with trust only in ourselves; mimicking this approach to life on land is where we find ourselves stuck.

But for now we embraced surfing as an art in which we are forced to surrender to the present moment as it is.

If you made it this far, thanks for reading!